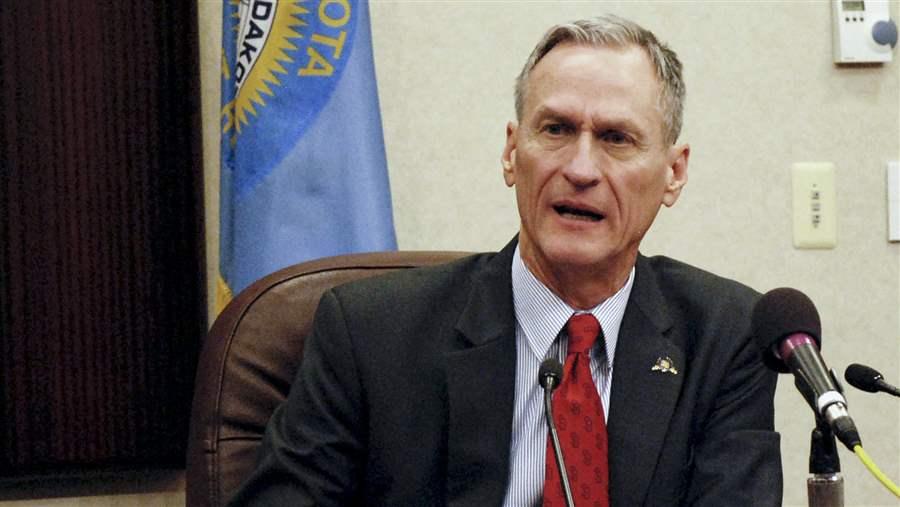 South Dakota Gov. Dennis Daugaard, a Republican, is proposing a multi-year increase in the state's gasoline tax to pay for road and bridge repair in the state. South Dakota is one of four states that gets more of its revenue from the federal government than from its own taxes.

These data have been updated. To see results for fiscal year 2014, visit “Where States Get Their Money.”

Note: Since this analysis was published, the U.S. Census Bureau substantially revised New York’s data for fiscal 2013, changing the state’s share of revenue from local funds to 0.7 percent from what was originally reported as the largest share among states, 15 percent.

Sarah Babbage, an associate at The Pew Charitable Trusts, researches and analyzes the fiscal health of states.

A number of Republican and Democratic governors are proposing to raise or lower taxes this year, making this a useful time to look at the mix of state revenue and how it varies among states. Tax dollars are states’ largest revenue generator but make up just under half of their total revenue.

Below is a chart breaking down the sources of states’ revenue. It is based on the latest 50-state data from the U.S. Census Bureau for the fiscal year that ended June 30, 2013. The data account for all revenue used to fund government services statewide, and is a broader measure of states’ money than general fund budgets.

Second after taxes, federal funds accounted for approximately $513.5 billion, or 30 percent, of the $1.7 trillion collected by state governments in fiscal 2013, according to an analysis of the Federal Share of State Revenue by The Pew Charitable Trusts’ Fiscal 50 online resource. States use federal dollars to help pay for programs such as health, education, and transportation.

During and after the Great Recession, states got a temporary infusion of cash from federal economic stimulus spending. Combined with a drop in state tax collections, that increase resulted in the largest federal share of state revenue in at least 50 years. In fiscal 2013, the share of state revenue coming from federal funds returned to more normal levels, reflecting the final phaseout of stimulus funds and the continued upturn of most state tax collections.

Looking at the chart, Louisiana, Mississippi, New Mexico, and South Dakota stand out because federal dollars are their primary revenue source, while state tax dollars are the largest revenue source for the rest of the states. Louisiana and Mississippi were the only states that got more than 40 percent of their revenue from federal funds in fiscal 2013. At the other end of the spectrum, North Dakota was the only one to get less than 20 percent of its revenue from federal funds.

After state taxes and federal funds, the third largest state revenue source (11 percent) in fiscal 2013 was service charges, such as public university tuition and hospital fees.