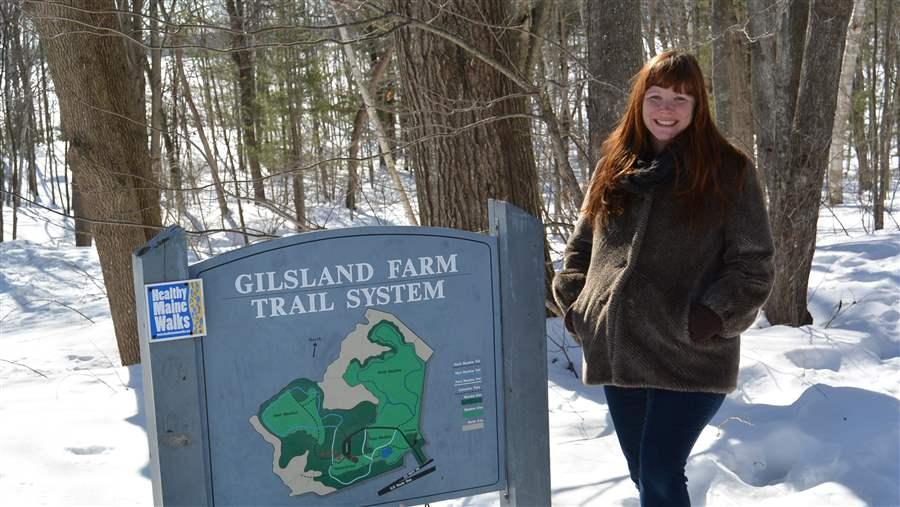 FREEPORT, Maine – Marlene DiMarco-Hammond paused while sorting through some gently used clothing at the thrift store run by Freeport Community Services, a nonprofit organization. “This center was really, really helpful to me” after a divorce and illness, the former client and current employee said.

The governor’s plan, which would hit groups ranging from nature preserves and summer camps to charity hospitals and private colleges, is drawing the attention of other cash-strapped states and cities where the idea of taxing nonprofits is no longer off limits.

LePage wants to lower the income tax from 7.95 percent to 5.75 percent and increase the sales tax from 5 percent to 6.5 percent while extending it to new goods and services. The state would no longer share about $60 million in revenue with local governments, but it would make up for at least some of that lost revenue by requiring cities and towns to levy property taxes on 50 percent of the value of nonprofit-owned real estate valued at more than $500,000.

LePage said his tax proposals are aimed at lowering property taxes for ordinary Mainers, and noted that he also wants to double a homestead exemption for the elderly and expand a low-income tax credit. He said taxing nonprofits will give cities a much-needed source of revenue, though his administration does not know exactly how much.

“They provide valuable services,” LePage said of nonprofits. “However, they do use public services—just like everyone else. They must help ease the burden on all Maine people.”

But the charities contend that they provide valuable services to communities – services that the municipalities would otherwise have to provide themselves – and that they would be hard-pressed if they were taxed.

Scott Schnapp, executive director of the Maine Association of Nonprofits, said his counterparts in other states are watching what happens in Maine. “We’re of interest to the rest of the group because we’re the canary in the coal mine,” he said. “This isn’t a unique threat, but this is the first time it’s coming up as part of a governor’s budget.”

Although LePage’s proposal is the most sweeping, the issue of what constitutes a nonprofit and what should be exempt from taxes is emerging elsewhere.

In Pennsylvania, the legislature is grappling with which branch of government gets to decide what constitutes a “public charity.” The Pennsylvania Senate last month approved a proposed constitutional amendment to allow the legislature the power to establish a uniform standard on what constitutes a tax-exempt nonprofit organization. The measure now goes to the House, where it is expected to pass. If that happens, it would go to the voters in a referendum.

Currently, the Pennsylvania courts have the authority to decide what constitutes a tax-exempt charity, and several court cases have made the case that the decisions should be up to the legislature instead.

Pennsylvania State Sen. John Eichelberger, Republican chairman of the Finance Committee, said the legislature set a standard in the 1990s. But a Jewish summer camp in the Poconos was taxed, and it took the case to court. Eventually, the Pennsylvania Supreme Court ruled that the courts have the power to interpret what constitutes a tax-exempt property. “Our perspective is that they are creating law, which we don’t think they should do,” Eichelberger said.

In Ohio, the state Supreme Court in February refused to reconsider a ruling that narrowed the availability of property tax exemptions for land and buildings connected to public colleges. The case sought to overturn a Board of Tax Appeals ruling that allowed property tax exemptions for portions of two buildings that had been leased to an Ohio community college. But the high court upheld the ruling, saying tax exemptions should only be granted for property that is “connected with public institutions of learning,” not property the institution leases from a private entity.

The Vermont legislature is considering a study of what it would mean to tax nonprofits, with an eye toward revising its laws. The study recommended streamlining the process of granting property-exempt tax status, which varies among communities, and institutionalizing payments in lieu of taxes by colleges, universities and fraternities.

And in New York, state lawmakers have introduced a bill challenging the tax-exempt status of the National Football League, which is headquartered in New York City.

A Tax ‘Would Hurt’

Melanie Sachs, director of Freeport Community Services, located just a couple of blocks from Maine’s famed L.L. Bean store and dozens of other retail outlets, said her center provides a warm, helpful place for people to come for food and inexpensive clothing, along with housing assistance, fuel assistance and other services.

She has no idea what her property – created from three older houses that underwent major renovation – would be worth on the tax rolls, but it has to be valuable with popular shopping places so close by. Using estimates from the town, she estimated it would cost the center $12,000 in taxes annually, out of an approximate $570,000 budget.

That “$12,000 is half our fuel budget each year – 55 families we would have to turn away when temperatures are frequently below zero as they have been this past month,” she told the Maine Legislature in February.

At another, very different nonprofit just 13 miles away, Maine Audubon communications manager Michelle Smith clomped through two-foot snow drifts just off the Presumpscot River estuary, marveling at the 65 pristine acres filled with birch trees, birds and wildlife. “I sometimes can’t believe this place is so close to Portland,” she said.  “It's an amazing gem just five minutes from the city."

Charles Gauvin, executive director for Maine Audubon, said his group owns 2,500 acres of land in Maine. Because the land is not on the tax rolls and there have been no recent assessments, it’s hard to know how much it is worth—or what the total tax bill for the organization might be.

“I don’t know just how backbreaking the burden would be on us,” Gauvin said, though he is sure it would be heavy.

“This is not something the municipalities in Maine were clamoring for,” he added. “It was pulled out of a policy tool bag that was (combined) with the tax cuts the governor wanted to put together in the ongoing effort to reduce the size of state government.”

But Jonathan LaBonte, director of the Maine Governor’s Office of Policy and Management, said the focus of the proposal is not the homeless shelters and the food pantries, but the large colleges and hospitals, along with charities that compete directly with local businesses.

LaBonte noted that the nonprofit hospital in Augusta advertises for clients, just like the for-profit hospital in Lewiston does. “Are those serving the local community or are the businesses trying to attract customers?” he said.

A substantial chunk of the new property tax revenue would come from Maine’s private colleges. Bowdoin College in Brunswick, which has a $1.2 billion endowment, referred comment to the Maine Independent Colleges Association, which represents Bowdoin, Bates, and Colby, the three “Little Ivy” prestigious schools in the state, as well as seven small two-year and four-year schools.

Laurie Lachance, who is president of the association, also heads Thomas College, a four-year school. She said a “conservative estimate” of what her tiny college of 1,000 students would have to pay in taxes is $600,000. That’s more than the $400,000 the school spent on scholarships for students in what she calls the “practical liberal arts” like criminal justice, psychology, education, computer science and cybersecurity.

The legislature is taking a hard look at LePage’s budget plan. Sen. Roger Katz, a Republican and the former mayor of the capital city of Augusta, told business leaders on Friday that the cuts in revenue sharing with cities and towns are unlikely to happen. But he likes the idea of taxing nonprofits.

“Nineteen percent of our economy in Maine is nonprofit,” he said. “I’m not sure it’s wise public policy to exempt them from contributing to local services they are using.”

State Sen. James Hamper, the Republican chairman of the committee that will handle the budget, said LePage has been “very bold” in his proposals, but “nothing goes out the way it goes in.” “Can we go as far as the governor proposed? I don’t know,” he said. He worries about the 13 summer camps in his district. “Do you want to tax the Boy Scout camps?”

Hamper said there may be some room for compromise. He pointed to so-called “payment in lieu of taxes” (PILOT) programs, in which nonprofits voluntarily contribute to municipal budgets instead of paying taxes.

State Sen. Linda Valentino, a Democrat, said she is reluctant to tax nonprofits but would consider PILOT as an alternative. ”A better route would be some kind of service fee, recognizing that they could cost the town,” she said.

Many states and cities already collect such payments. In 2012, for example, Brown University agreed to pay $4 million a year to its home city of Providence, Rhode Island, and $31 million more over the next 11 years. It was a good deal for the university, according to the Tax Foundation: If Brown had to pay regular city property taxes, its tax bill would be $38 million a year.

Critics also note that such programs are voluntary, with no force of law. Should a nonprofit have financial trouble, it could stop the payments with no penalty.

LaBonte said LePage would be open to compromise on the proposal, including discussing PILOT programs.

But David Thompson, vice president of public policy at the National Council of Nonprofits, said taxing some tax-exempt entities is a bad deal for towns.  “It will cost the cities more in increased payment for services, lost vibrancy and lost quality of life.”

“If you are taxing the YMCA to the point where they can take fewer kids, those kids are on the street. If you tax a homeless shelter, homeless people are in front of stores, and people aren’t walking in and buying stuff,” Thompson said. “Nonprofits are a great bargain for cities. The tax exemption helps underwrite the cost of the services.”