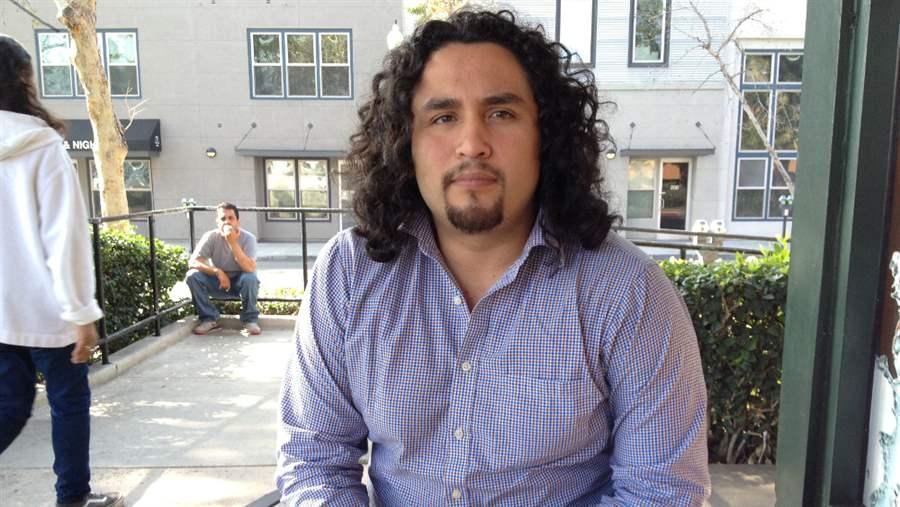 Alexis Nava Teodoro, an immigration activist in Santa Ana, California, has a mother who may qualify for relief from deportation. She would be one of up to 4 million parents helped by new immigration reforms. (Tim Henderson, Stateline)

This story was updated to correct the name of the Deferred Action for Parental Accountability program and the title of Robert Moser, deputy director of Catholic Charities Diocese of San Diego.

ORANGE COUNTY, Calif. – In a county 100 miles from the Mexican border where unauthorized immigrants are a tenth of the population, people like Oswaldo Farias’ parents never know if or when they will be deported.

“It’s a constant fear,” said Farias, 22, who was born in Costa Mesa, California, but whose parents are Mexican immigrants who came to the U.S. illegally. His parents are among the many undocumented immigrants in Orange County who raised their children in the U.S. while working as landscapers, nannies or in other service jobs in the affluent oceanfront suburbs south of Los Angeles.

“I think everyone in our community, whether you’re documented or not, knows of at least one person a year being taken away, just immediately,” Farias said.

People like Farias’ parents are typical of the millions who could benefit from immigration changes planned for this spring. As immigrant communities gear up to take advantage of the programs, states and cities are bracing for the impact, with some states challenging the programs in federal court.

President Barack Obama announced in November the new Deferred Action for Parental Accountability (DAPA) program, which will offer parents of citizens or lawful residents temporary relief from deportation and a chance for legal work permission as long as they have been in the country for five years and don’t have a serious criminal record. It’s scheduled to start in May. Obama also expanded the population eligible for the Deferred Action for Childhood Arrivals (DACA) program for youth who came to the U.S. as children.

The Migration Policy Institute estimates that 3.7 million parents out of a total of 11.4 million undocumented immigrants in the U.S. may be eligible under the new program, while the Pew Research Center (Pew also funds Stateline) puts the number at 3.5 million. Two-thirds of those helped will be Mexican, according to Pew’s analysis.

A Migration Policy Institute study last month identified Orange County as one of the dozens of areas across the country with high concentrations of unauthorized immigrants, many of whom could get help from the new changes. The report profiled 94 such areas in 24 states.

States and cities where these areas are located are preparing for a flood of applications that could dwarf the 700,000 produced by the DACA program for childhood arrivals in 2012.

As volunteer groups across the U.S. gear up to help these populations apply for temporary deportation relief, states and cities are lining up on both sides of a federal lawsuit opposing the changes. Each side points to financial concerns in making its argument.

Twenty-six states have signed on to challenge the legality of DAPA in federal court in a lawsuit led by Texas, which alleges the policy would encourage more illegal immigration. Texas said it already spends an extra $1.3 million a week on police for border security and that it spent $38 million last year to send National Guard troops to the border.

In addition to encouraging more illegal immigration, Texas argues, DAPA will cost the state millions of dollars by forcing it to process hundreds of thousands of new driver’s licenses and trade licenses.

But the National League of Cities and the United States Conference of Mayors filed a brief in support of DAPA, signed by 36 mayors including those from the five largest cities (New York, Los Angeles, Chicago, Houston and Philadelphia). That brief cites DAPA’s potential benefits to the economy and public safety. Twelve states and the District of Columbia filed a similar brief.

The states and cities supporting DAPA say their regions will benefit financially because legal workers will make more money and thus pay more in taxes. California could get $904 million in new revenue and Washington state could get $57 million over the next five years because of higher wages, the brief states.

“Allowing immigrants to work legally and increase their wages has far-reaching, positive impacts on state and local economies,” the brief argues. A judge is still hearing evidence about whether to issue a preliminary injunction halting implementation while the case proceeds.

Of the 10 states with the largest unauthorized immigrant populations, according to the Pew Research Center, three (California, Illinois and New York) filed in favor of the deportation relief, and five (Arizona, Florida, Georgia, North Carolina and Texas) joined the lawsuit opposing it. The remaining two, New Jersey and Virginia, have taken neither step.

Not surprisingly, the Migration Policy Institute found that large cities such as Los Angeles and Chicago have large populations eligible for the relief, said Randy Capps, the group’s research director. But substantial eligible populations also exist in suburban areas around Atlanta, the District of Columbia and San Francisco.

“What really drives these patterns is a strong association with Mexican origin. These are people who cross the border illegally,” Capps said.

Advocates agree that immigrants will need help proving they are eligible. That means providing documents such as foreign passports or birth certificates, U.S. birth certificates showing children were born here, and possibly court records proving that any scrapes with the law were minor and resolved.

State courts are getting advice from the federal State Justice Initiative on requests for criminal case records they can expect from people who need to show they have a clean record, and community organizers are planning a conference this week in Virginia to discuss implementation issues.

Since DAPA will help parents rather than children, as DACA does, organizers expect more information sessions will be in person, on the telephone and on paper because applicants will be older and less Internet-savvy.

“Many of these agencies already have full caseloads. Capacities will be stretched almost universally,” said Jeanne Atkinson, director of the Catholic Legal Immigration Network, Inc., which has offices getting ready to help around the country, including one in Orange County.

The Migration Policy Institute’s estimates show Orange County, with 313,000 unauthorized immigrants, is one of only four counties in the nation with more than 300,000 unauthorized immigrants. The others are Los Angeles County, with 979,000; Harris County, Texas, with 357,000; and Cook County, Illinois, with 322,000. As a percentage of all residents, Orange County and Los Angeles are the highest at 10 percent.

The Migration Policy Institute found one of the highest rates of potential eligibility in the San Diego area; the highest rate in the nation is 64 percent of the unauthorized population in Imperial County, which adjoins San Diego on the Mexican border.

But many of the potentially eligible parents in that area have been caught crossing the border in recent years, or have been deported and then returned to the U.S., either of which could disqualify them from DAPA, said Robert Moser, deputy director of Catholic Charities Diocese of San Diego. He estimates that 30 percent to 40 percent of the 2,000 people who have come to information meetings might qualify, not the 50 percent to 64 percent estimated by the Migration Policy Institute.

“The overwhelming majority of people here have family members on the other side, and when the border is so near, the temptation to cross back and forth is strong,” Moser said. “The motive is usually family reunification.”

One of the few counties in the nation where more than a tenth of the population is unauthorized, Orange County is also home to some of the state’s most fervent anti-immigration groups. The Minuteman Project, which formed volunteer border patrols, was cofounded by an Aliso Viejo resident, Jim Gilchrist. A little north, in Huntington Beach, is where Barbara Coe’s Coalition for Immigration Reform helped spawn California’s Proposition 187, aimed at withholding most services from unauthorized immigrants. The measure was passed by voters in 1994, but later struck down by the courts.

On the other side are people like Alexis Nava Teodoro, 27, an anti-deportation activist in Santa Ana. His group, RAIZ (“root” in Spanish), is made up of undocumented youth who have decided to step out of the shadows and get directly involved in halting deportations and opposing state policies they think promote deportation.

“We filled a void that was present for years. The people who are most impacted by deportation came together to directly stop deportation,” he said.

Tom Wong, who has written about DACA and DAPA at the University of California, San Diego, agreed that information sessions for immigrants are crucial. “This eligibility assessment, which a lot of these organizations do, will allay many people’s concerns,” Wong said.