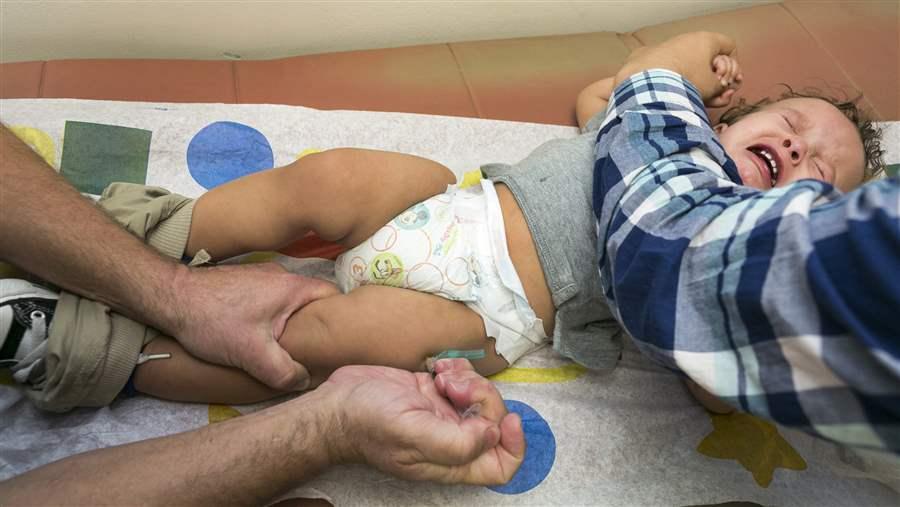 A pediatrician vaccinates 1-year-old Cameron Fierro with the measles-mumps-rubella vaccine in Northridge, Calif. Lawmakers in California and other states are trying to tighten laws that allow parents to opt out of state rules requiring kids to be immunized before entering public schools. (AP)

The U.S. Centers for Disease Control and Prevention issued a health advisory  this month about an ongoing measles outbreak, with more than 102 cases in 14 states so far. The highly contagious disease can cause severe health complications, including pneumonia, encephalitis, and death.

By 2000, measles had been nearly wiped out in the U.S., with fewer than 60 cases per year – most connected with foreign travel. Public health officials declared victory, the result of effective state-based immunization campaigns requiring kids to be vaccinated before they enter public schools.

Since then, however, the number of cases has risen along with the number of parents who have received religious or philosophical exceptions to state rules. In 2014, there were at least 23 outbreaks and more than 600 cases. 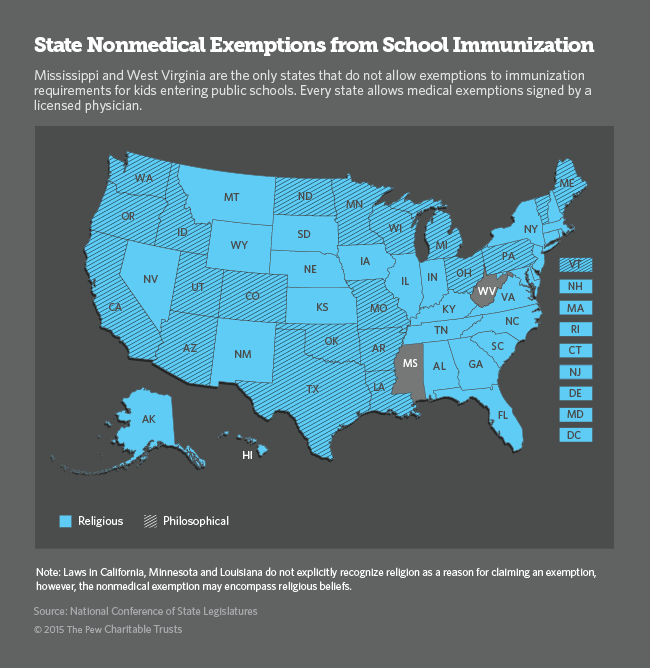 The federal government’s goal is to immunize at least 90 percent of all children before they enter school to keep measles and other childhood diseases at bay.  Although the national average immunization rate (91.1 percent) exceeds that number, several states fall below it. "To have pockets where community immunity is below 90 percent is worrisome as they will be the ones most vulnerable to a case of measles exploding into an outbreak," said Litjen (L.J) Tan, chief strategy officer of the Immunization Action Coalition, which advocates for higher levels of immunization.

State immunization rates vary widely, with generally lower rates of inoculation occurring in states that make it relatively easy to get an exception. Lawmakers in California, Oregon, and Washington state are trying to tighten their laws to allow fewer nonmedical exemptions.  Laws allowing religious exemptions have been around longer than those allowing philosophical or “personal belief” exemptions, said Joy Wilson, of the National Conference of State Legislatures. 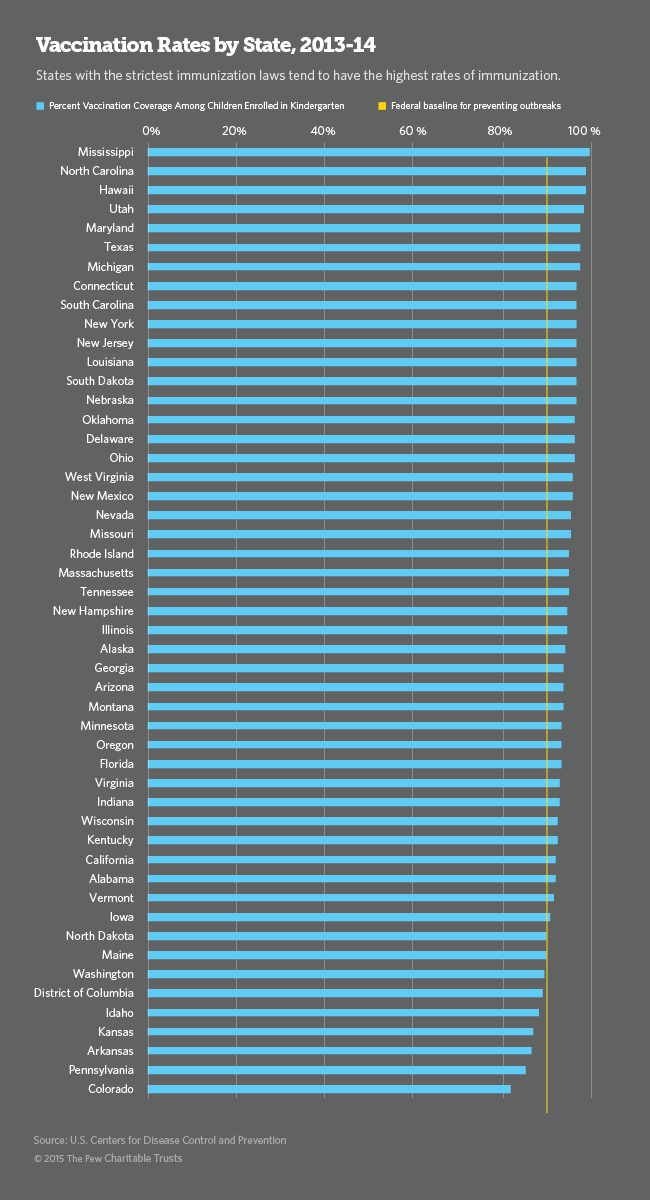