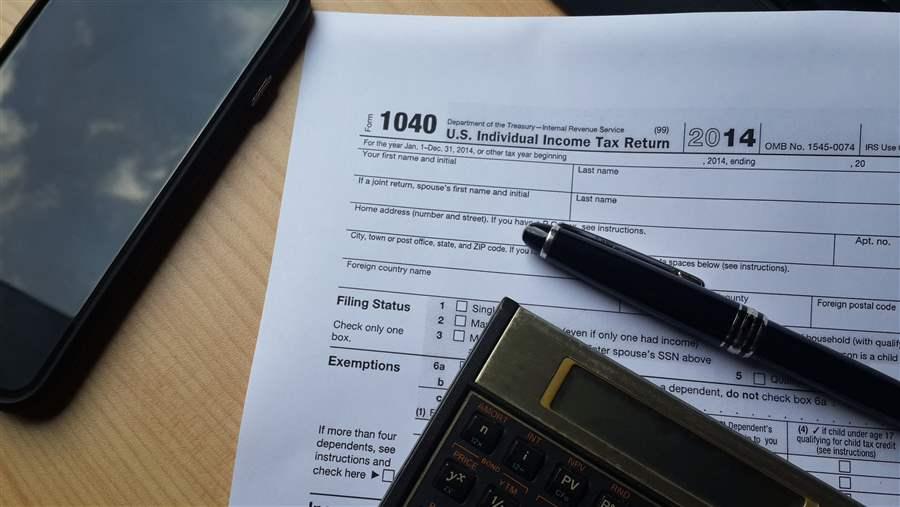 The deduction for state and local sales taxes expired at the end of 2014, and if it is not extended, people in states with no or limited income tax would be most affected.

States are waiting for Congress to act on an income tax provision that affects many of their residents – the deduction for state and local sales taxes. This federal deduction expired at the end of 2014, and if it is not extended, people in states with no or limited income tax would be most affected. In recent years, policymakers have approved one- or two-year extensions of the sales tax deduction as part of a broad package of temporary tax laws known as the "tax extenders." But as of now the deduction is expired and will not be available for people to claim on their 2015 tax returns unless Congress passes the tax extenders bill.

What is the state and local sales tax deduction?

Nationwide, about 7 percent of all filers claimed the sales tax deduction in 2013 and the average deduction per tax filer was $113. However, because filers must choose between deducting income or sales taxes, the claim rate and average amount were significantly higher in eight states with no or limited income tax. In Washington state, for example, which has a sales tax and no income tax, nearly 26 percent of federal filers claimed the deduction in 2013 and the average deduction per filer was $610 (see table showing the top 10 states). States that have income taxes tend to have lower claim rates because many filers deduct income instead of sales taxes. 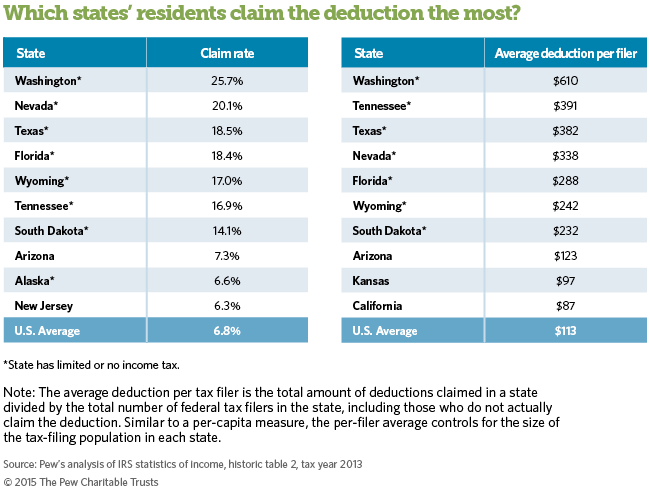 How do the deductions for state and local taxes affect states?

Federal deductions for state and local taxes—including real estate, personal property, and income or sales taxes—lower the taxes paid by individuals who claim them and so reduce the overall cost to taxpayers of state and local spending. Effectively, the federal government covers a share of the cost of state and local services. The Congressional Budget Office and the Congressional Research Service have suggested that state and local governments may be more likely to impose higher taxes that are deductible at the federal level and to provide more services because of this deduction. Changes to these deductions, such as the expiration of the sales tax deduction, could affect states’ decisions about their own tax policies, including the level and mix of taxes. If these deductions were reduced or eliminated, states with the highest claim rates and average per-filer deductions would be most affected.