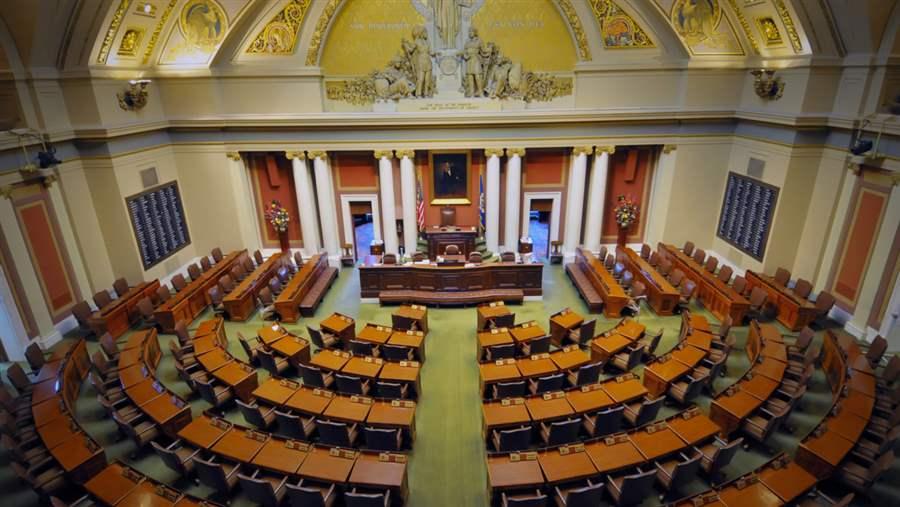 As governors begin preparing their budget proposals for the coming fiscal year, the federal budget deal and growth in the U.S. economy may provide an extra boost to tax revenue in many states.

The federal budget agreement between the White House and congressional GOP leaders, which President Obama signed Nov. 2 after Congress approved it, could remove a key threat to economic growth, analysts say. The budget act “creates longer-term certainty for the economies of our states and the nation,” said the National Governors Association.

Jason Furman, chairman of the White House Council of Economic Advisers, said in the last year, the “fiscal brinksmanship” in Washington, D.C., created an “unnecessary risk” for consumer spending and business investment. The budget agreement, he said, would add about 340,000 jobs next year, reduce uncertainty and encourage investment.

But lingering risks temper the optimistic outlook. Tax collections, reserve levels and employment rates still are below levels that states set before the Great Recession. The full effect of the dip in the stock market this year is unknown. And Congress, through the appropriations process, still must set spending levels for the agencies and programs in the budget.

The U.S. Department of Commerce recently estimated modest growth in the third quarter in the gross domestic product (GDP), primarily because of an upswing in consumer spending on goods like food and cars and services like health care. GDP, a broad measure of U.S. economic activity, generally reflects the fiscal health of states, although conditions vary from state to state.

Despite a drop in the Commerce Department’s GDP from a 3.9 percent annual rate of growth in the second quarter to 1.5 percent in the third, the credit rating agency Standard & Poor’s said it would stick to the forecast the agency made in October that the U.S. economy would expand   from 2.3 percent to 2.5 percent for the year. Governors, legislators and state officials often integrate rating agencies’ forecasts when they estimate how much revenue the state will have to spend in the next fiscal year, an exercise currently underway in most states.

Standard & Poor’s analyst Gabriel Petek said in an Oct. 20 report on state and local government credit conditions that the improvement in GDP growth this year translates to an improving picture for jobs, their housing markets and ultimately their tax revenues.”

State budget officers gathering in Washington, D.C., recently said they expected a period of stable growth to continue in the next fiscal year after many of their states finished fiscal 2015 with surpluses. Despite weak sales tax growth and the recent volatility in the stock market, “Overall, state budget officials expect continued growth and therefore stability in revenues but will approach the future with caution,” said Scott Pattison, executive director of the National Association of State Budget Officers.

Another positive sign for growth was in spending by state and local governments, which the Commerce Department said was up 2.6 percent in the third quarter.  S&P said the increase signaled that “governments’ fiscal conditions have improved enough that they are beginning to contribute more meaningfully to economic growth.” Lower federal spending also has been a drag on GDP growth, Furman said, but the budget agreement should help reverse that trend.

Not all is sanguine in state budget offices this fall, however, starting with the fact that Illinois and Pennsylvania lawmakers have yet to adopt spending plans for 2017 in a year marked by unusually late budget disagreements in several states.

In addition, after adjusting for inflation, more than half of the states still are collecting less tax revenue than they did before collections plummeted during the Great Recession.  Total tax revenue accumulated by all 50 states recovered two years ago. But looking at individual states, inflation-adjusted tax receipts in 27 states had not fully rebounded by the first quarter of 2015, according to the Pew Charitable Trusts’ Fiscal 50 interactive data source. The sluggish growth in revenue attests to the length and depth of the worst recession since the Great Depression.

Economic growth—and the potential for increases in tax collections— is strongest in areas with population gains, Petek noted, such as Boston, which is  driving most of the economic growth of the New England states. Population gains in Colorado, Idaho and Utah explain why the Mountain states are “humming along nicely,” Petek says. California, Oregon and Washington are leading not only the Pacific states but the nation in job growth, bolstering state and local revenue.

Energy states generally have managed to keep their economies growing despite the drop in oil prices, although North Dakota’s hot economy is cooling. The region that includes Arkansas, Louisiana, Oklahoma and Texas still will grow at a higher rate (3.32 percent GDP in 2015) than the rest of the nation, S&P projected, though persistent low energy prices could diminish that trend. “It’s impossible to truly predict what the future holds, especially in this volatile commodity,” Texas comptroller Glenn Hegar told the Houston Chronicle earlier this month after lowering his forecast of tax revenue by $4.6 billion. Wyoming is the latest state to revise its revenue estimates downward— $618 million over three years— due to falling energy prices.

Of greater challenge to state budgets than current energy prices or economic trends are the rise in employee and retiree health care costs and in public pension liabilities, Petek said, blaming it on lack of political will. The failure to address those legacy costs and to invest in infrastructure projects could deter revenue growth and borrowing, the S&P analyst said.

Shutdown Could Be Avoided

Congress and the White House may have set a path towards even more economic growth.  The deal reached Oct. 26 between President Obama and GOP congressional leaders to resolve their months-long differences over the federal budget and the debt ceiling may lead analysts to increase their forecasts for economic growth in the weeks ahead.

Nevertheless, as is typical this time of year, some state budget officials are erring on the conservative side in their forecasts of tax collections. In the last few weeks, officials in Massachusetts, Kansas and Iowa have lowered their estimates of revenue for fiscal 2017.

“It’s partly cloudy. The sky is not falling,” said Iowa budget official David Roederer, according to the Associated Press. “We don’t have near the problems we had in the past.”