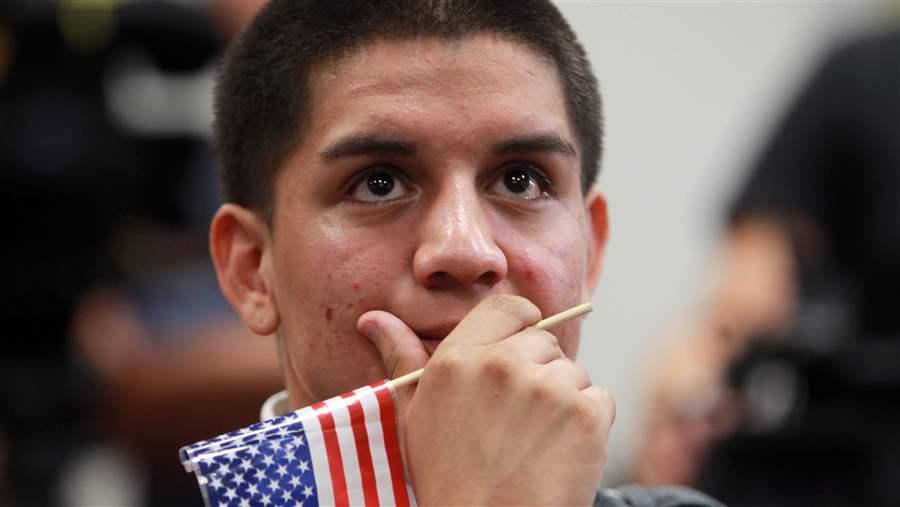 AUSTIN, Texas – Manuel Ramirez was the first in his family to get a college degree, and it wasn’t easy.

His parents, who brought him to the U.S. illegally from Guanajuato, Mexico, when he was 8 years old, made just enough to get by with day labor and house cleaning. They could not afford to pay their son’s roughly $10,000 tuition at the University of Texas at Austin, so Manuel earned extra money as a server in restaurants, coloring hair at a spa, translating Spanish, working in a rock quarry and building fences at a ranch.

Last year, Ramirez earned a bachelor’s degree in international relations and global studies, and he now works as a union organizer. He also helps professors mentor low-income students and is busy lobbying against a bill that would repeal in-state tuition for undocumented immigrants, which has been in place in Texas since 2001.

“It’s not even about immigration. Just make higher education affordable so all the people can get an education,” Ramirez said. “If Texas is going to be competitive, it has to produce great minds and give them a job.”

U.S. population growth is being driven by Hispanics; no other ethnic group is being replenished by enough babies or immigrants to keep its overall population from declining.  But in Texas and 24 other states, whites are at least twice as likely as Hispanics to have college degrees. States are beginning to highlight that gap as a serious problem in an economy that is generating more jobs for educated workers and fewer jobs for high school graduates, let alone high school dropouts.

“It’s not just the Southwest. It’s increasingly true across the country – we (whites) haven’t been replacing ourselves,” said Steve Murdock, a sociology professor at Rice University who has been arguing for decades that Texas and other states must do a better job of educating minorities, especially Hispanics, or employers will go overseas to find skilled workers. Former director of the U.S. Census Bureau, Murdock is the lead author of Changing Texas: Implications of Addressing or Ignoring the Texas Challenge, a book that is generating plenty of discussion in Austin as the legislative session gets underway.

Murdock says, rising dropout rates and falling family incomes will put an increasing strain on state resources if Hispanics are left behind.  In 2010, black and Hispanic households in Texas had median incomes of about $37,000, compared to incomes of about $64,000 for white and Asian households. If Murdock’s population projections are correct, poverty rates in the state could increase from 14.4 percent in 2010 to 17.7 percent in 2050—which would have a huge impact on state policy.

Republican Gov. Greg Abbott referred to the issue in his inaugural speech earlier this month. “If Texas is to remain the leader at creating jobs we must become the leader at educating our children,” Abbott said. He went on to highlight the story of State Supreme Court Justice Eva Guzman, a child of Mexican immigrants who worked in a drapery factory from the age of 13.

Business leaders also are chiming in. Two months ago, the Texas Association of Business, the state’s chamber of commerce, rented a billboard in Austin (where the state university system is headquartered) to criticize low graduation rates at the University of Texas at San Antonio, where about 44 percent of students are Hispanic. In a statement, CEO Bill Hammond described the billboard as a "conversation starter" that will highlight this issue heading into the legislative session. 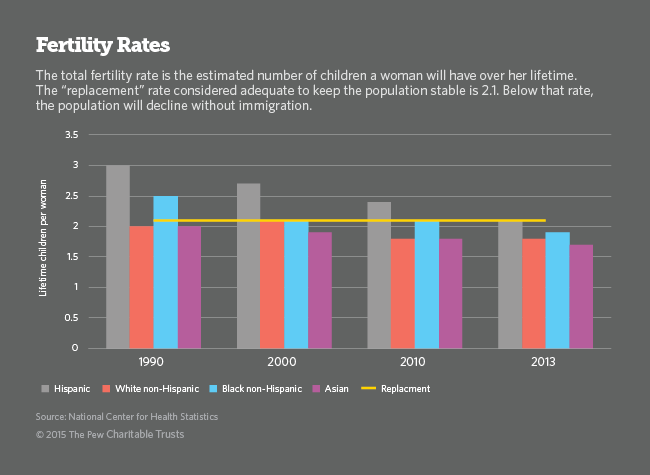 "We used UTSA as just one example of an institution within the University of Texas System that is not performing at the highest level when it comes to students leaving there with a meaningful degree," Hammond said.

Meanwhile, Lockheed Martin and Boeing, which maintain aircraft in San Antonio, saw a need for college-educated skilled workers to replace retirees. They helped create a program for local high school students, two-thirds of them Hispanic, to work their way toward a degree with paid apprenticeships.

Teri Albrecht, director of International Student and Scholar Services at the University of Texas at Austin, said the college application process can be especially stressful for immigrant students, because for many of them it is when they find out for the first time that they’re unauthorized immigrants.

“Their parents were protecting them, not telling them the full story, and then they’re hit with all these barriers,” Albrecht said. “Most of them arrived as children and they consider themselves Texans, part of the United States.”

Anayeli Marcos, a sociology major at the University of Texas at Austin, blogged about the shock of finding out, when she started high school, that her parents could not afford to help her with college and that her unauthorized status blocked her from the scholarships her peers were getting.

Fortunately, she told Stateline, “I had a really encouraging counselor in high school who was aware of my status and knew what to do.”

But even native-born Hispanics can have a hard time earning a college degree. “Keep in mind that many of the families of Texas Hispanics have been since here before there was a Texas and before it joined the U. S.,” Murdock said. “Many of our Hispanics are native-born and experienced decades of deprivation and had few opportunities to obtain competitive levels of education.”

Vasquez’s  father was born in Texas in 1925, after his grandfather left a ranch in Mexico where his great-grandfather was a foreman. His father served in the Navy and worked as a gardener before his World War II service offered him a chance to work in San Antonio as an airplane mechanic.

“He was lucky. It made us middle class and he could support the family as sole breadwinner,” Vasquez said of his father. Vasquez finished high school at 16, earned a bachelor’s degree from a state school in Arlington, Texas, at 19 and then headed to law school in Austin.

Vasquez got a student loan and worked to support himself with some help from his parents, “but state tuition was much lower then, in the 1970s,” he said.  “I don’t know how the kids now can do it. I don’t think I could do it now.”

“I haven’t forgotten where I came from. I wouldn’t have been able to get where I am today without a lot of help.”

U.S.-born Hispanic college students face unusual financial pressures, and need advice and role models for academic achievement, said Michael Soto, a professor at Trinity University in San Antonio who grew up near the Mexican border before getting degrees from Stanford and Harvard universities.

“The ability to successfully graduate from high school and successfully complete college is not rocket science. We know what works. There are a number of proven programs for students from traditionally disadvantaged backgrounds,” said Soto, who works with many first-generation students from Hispanic backgrounds, all citizens or legal immigrants who qualify for federal assistance.

The idea of free community college for two years, proposed by President Barack Obama in his recent State of the Union speech, could be a breakthrough, Soto said. The idea was pioneered in Chicago and Tennessee, he said.

“Those places have very wisely determined that it make sense to invest in at least the first two years for all students,” Soto said. “It’s investing in the future. It isn’t a liberal idea or a conservative idea. It’s just a pragmatic one.”

Manuel Ramirez agrees. He said states can help most by keeping tuition down at state colleges and making in-state rates available to all residents regardless of immigration status. He also said states and school districts should provide Hispanic students with guidance and role models for academic achievement—long before they are considering whether to apply to college.

Some recent nationwide studies suggest the education gap is closing as recent waves of Hispanic immigrants settle in and become more affluent and proficient in English. A 2011 study by the National Center for Education Statistics traced testing gaps in fourth graders and eighth graders to high numbers of students still learning English.

A 2009 survey by the Pew Research Center (Pew also funds Stateline) found that contributing to household income trumped college aspirations for many young Hispanics. But by 2012, a record 69 percent of Hispanic high school graduates were enrolled in college, surpassing the rate for white students, according to a 2013 Pew Research Center report.

And the education gap between whites and Hispanics isn’t so large everywhere: In Florida and the District of Columbia, the percentage of Hispanics with a college degree is much closer to the share of the overall population with that credential.  In Florida, 21 percent of Hispanics have degrees, compared to 27 percent for the total population.

Miami’s large population of Cuban immigrants, many of whom are the descendants of elites who fled the Cuban Revolution in 1959, is partially responsible for the narrower gap in Florida.