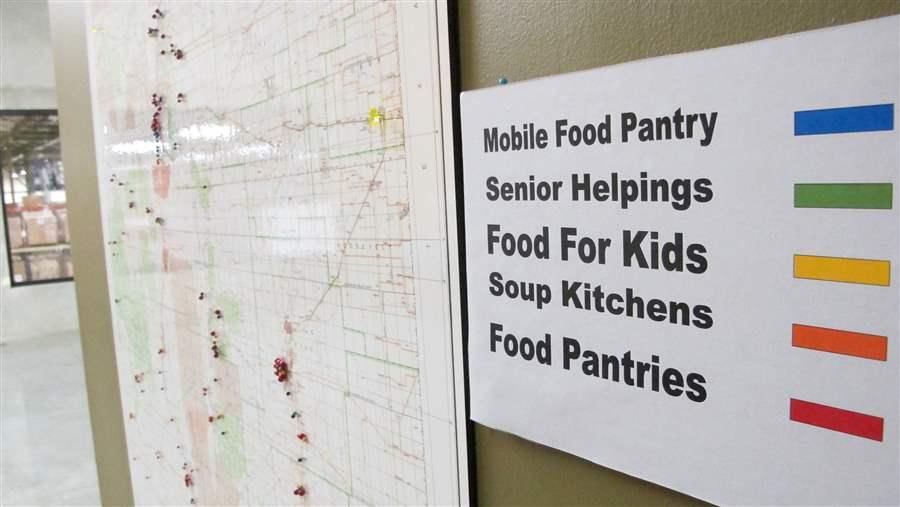 New Mexico almost surpassed Mississippi last year as the state with the highest percentage of its population living in poverty, although both states were among 34 along with the District of Columbia that experienced a drop in poverty rates.

In Mississippi, 21.5 percent of the state’s nearly 3 million people lived in poverty, according to figures from the U.S. Census Bureau’s annual American Community Survey, out Thursday. New Mexico, with a population of nearly 2.1 million, followed at 21.3 percent.

Nationally, the poverty rate was 14.8 percent last year, meaning 46.7 million people lived in poverty—as many people as there have been the past four years.

Demographers in New Mexico and Mississippi half-heartedly joke about their states being in a “race to the bottom.” Mississippi has had the dubious distinction of having the highest poverty rate for much of the decade.

Adelamar Alcantara, a senior demographer at the University of New Mexico, said many New Mexicans in the northern part of the state live frugal lives in homes they own, subsisting mostly on their own crops and livestock without much monetary income.

Clifford Holley, who studies Mississippi demographic trends at University of Mississippi’s Center for Population Studies, said the state’s drop, which was the largest of any state, was not cause for celebration.

“We could be losing poor people to outmigration,” Holley said. The state tends to gain people in recessions and lose them again when the national economy recovers, he said.

“If you’re going to be poor, there’s no reason to be poor away from home,” he said.

Mississippi and New Mexico have a relatively low cost of living, which may cause poverty to be overstated because it may be relatively easier to live in those states on a low income. The poverty threshold nationwide is $24,008 for a family of four with two children.

With all states showing an improvement in health insurance rates, some economists had hoped to see a larger improvement in poverty rates. The Census analysis of national figures released on Wednesday showed that unreimbursed medical expenses were one of the largest single factors in pushing people into poverty.

Beth Mattingly, a sociologist who is working on alternative poverty measures at the University of New Hampshire, said poverty in California and New York is understated because of high housing costs.

The Census has begun a supplemental poverty measure that accounts for other economic factors, including local housing prices. But it was not used to calculate state poverty rates this year because it must be averaged over several years, said Kathleen Short, a Census economist.

Some states have begun to investigate calculating their own poverty measures, Mattingly said. California, New York, Oregon, Virginia and Wisconsin have recently announced plans to try to go beyond the Census in estimating how many people in their states have financial stress or live on the edge of poverty.