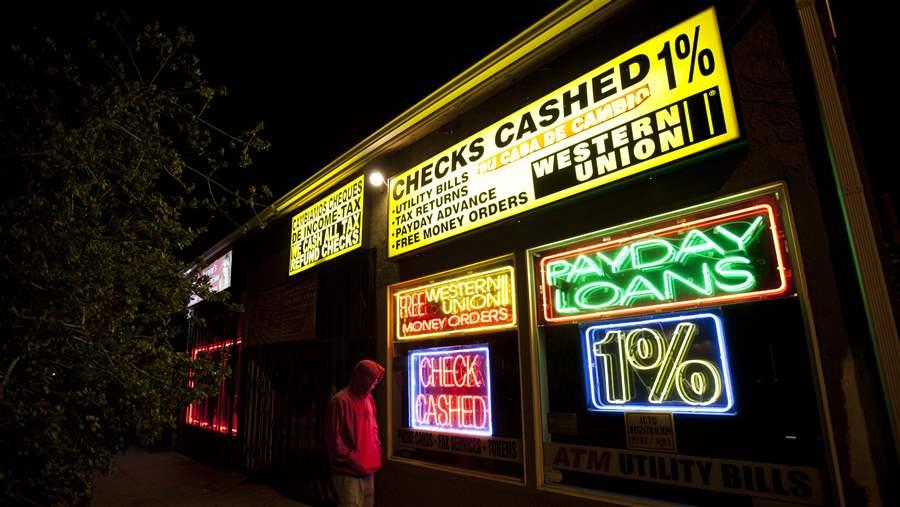 Typically advertised as short-term emergency loans, payday loans, in reality, keep borrowers in debt for an average of five months.

Fourteen states and the District of Columbia ban payday lending, but lenders continue to find ways to offer online payday loans to residents of these states as well as others around the country.

Conventional storefront payday lenders such as Advance America and Cash America have entered the online market, advertising quick cash for emergencies, along with a new class of online-only entities. These new lenders offer two-week payday loans as well as longer-term installment loans and secure the loans with electronic access to a borrower’s checking account. These loans are often underwritten using algorithms designed to predict defaults, weed out fraud, which lenders claim will lower prices. 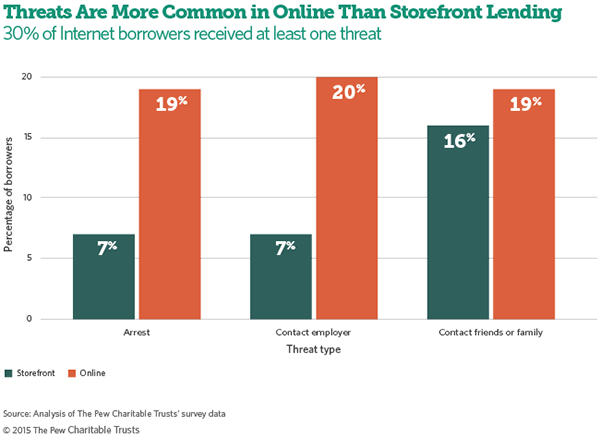 The Consumer Financial Protection Bureau (CFPB), which is charged with supervising and regulating the small-dollar loan market, brought the first action against an online lender, CashCall and related defendants, in 2013. According to Richard Cordray, director of the CFPB, the defendants “engaged in unfair, deceptive, and abusive practices in services they provided for an online lender.” Those practices included pursuing collections on loans that were rendered void due to state law.

These problems are commonplace with online lending, a market fraught with abusive and fraudulent practices, according to research from The Pew Charitable Trusts. Although online loans account for only about one-third of the market, nine in 10 payday loan complaints to the Better Business Bureau are made against online lenders.

In March, Cordray announced the framework for a federal rule that will cover payday and auto title loans available from stores, banks, or on the Internet. The proposal aims to create "common-sense protections” which ensure “access to credit that helps, not harms them (consumers).” While the impending CFPB safeguards will likely create a better market for small loans, state lawmakers and regulators will continue to grapple with ways to combat online lending that violates state laws.

Many online payday and installment lenders have continued to exist by utilizing a “choice-of-law” model, obtaining a license only for the state in which they are incorporated, and then exporting interest rates to residents in other states. Another tactic is a partnership between a lender and a tribal nation, or a lending entity wholly owned by a tribal nation, in which lenders claim sovereign immunity protects them from state law. In other cases, lenders incorporate offshore and claim they are subject only to the laws of the country in which they are located. Only about 30 percent of online lenders obtain a license for every state in which they offer loans, and this has made it difficult for regulators to ensure compliance with the law. (For a legal analysis of online lending and Operation Choke Point, see “Online Lending and the Integrity of the Banking System.”)

According to Lisa McGreevy, president and CEO of the Online Lenders Alliance, an industry trade group, "Every one of our members, regardless of model, believes that it is complying with state law, or has a sound legal basis to conclude that the state law does not apply."

But some state regulators argue that Internet lenders who charge interest rates that exceed a state’s usury rate are breaking the law. Authorities have typically targeted such problematic Internet lending through enforcement actions, and the issue of tribal-based lending has found its way into the courts.

The case against CashCall (and partner company Western Sky) was important not only for the CFPB, but also for states: It was one of the largest examples of multistate actions against online lending companies, and at least 20 states have brought civil or administrative actions, including Arkansas, Colorado, Connecticut, Florida, Georgia, Illinois, Iowa, Kansas, Maryland, Massachusetts, Michigan, Minnesota, Missouri, New Hampshire, New York, North Carolina, Oregon, Pennsylvania, Washington, and West Virginia. Many courts and regulators have found the lenders violated state law, and that sovereign immunity—in cases involving tribal-based lending—did not apply.

In other tribal lending cases in California and New York, the judges issued differing opinions. In California, the court ruled that sovereign immunity applies to a tribal lender—meaning the tribe is allowed to lend to California residents. In New York, the judge held that sovereign immunity did not apply because the activity took place off of tribal lands, and therefore the loans were considered illegal. Other states have also upheld this view and pursued cases, noting that state law applies if the borrower is a resident of that state, irrespective of where the lender is located or incorporated.

Some states have also addressed these issues through legislation. In Louisiana, Republican Gov. Bobby Jindal signed a bill on June 12, 2014 requiring lenders to obtain a license before accepting payments or taking action against consumers. The state regulator from California—the Department of Business Oversight—proposed new regulation on April 10, 2015 that would ban electronic access to borrowers’ bank accounts for payday loans and allow only paper checks.

As states determine appropriate consumer protections for online borrowers, larger changes loom for all small loans. While the CFPB will set national standards for payday and title loans, states will continue to play an important part in addressing restrictions on these products by licensing legal lenders, enforcing the law, and protecting consumers.