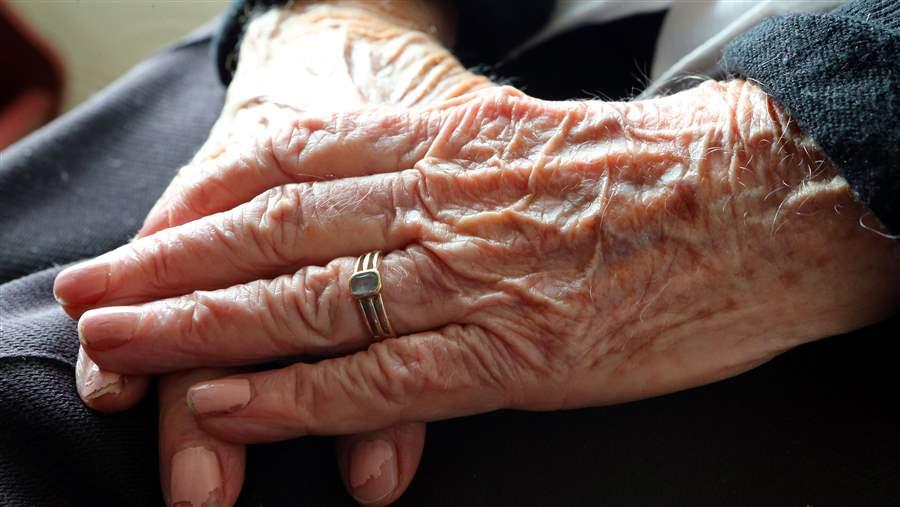 Over the next five years, hospices in 40 states will offer end-of-life care and counseling to dying Medicare patients at the same time those patients receive treatment to extend their lives. Typically, patients who are terminally ill must choose one or the other. (AP)

Beginning next year, the federal government will conduct a five-year, 40-state experiment to determine whether there is a better way to help elderly Americans come to grips with terminal illnesses and prepare to die.

Last month, the Obama administration announced that 141 hospices across the country will offer end-of-life care and counseling to dying Medicare patients at the same time those patients receive treatment to extend their lives. Currently Medicare, the federal health insurance system for people older than 65 or with certain disabilities, requires terminally ill patients to choose one or the other.

The hope is that by allowing people to pursue both paths, more will opt to receive hospice services that will improve the quality of their remaining days and reduce the cost of end-of-life care. If the experiment is successful, it likely will lead to a similar shift by Medicaid, the joint federal-state health insurance program for the poor, and by private insurers.

Under the Affordable Care Act, children enrolled in Medicaid or the Children’s Health Insurance Program can receive curative treatment and hospice care simultaneously. Some states provide funding for hospice services for adult beneficiaries of Medicaid, but require patients to waive treatments for their underlying diseases.

“It’s quite a big deal because right now a lot of people choose not to undergo hospice care because they believe they have to forgo something,” said James Tulsky, incoming chairman of the Department of Psychosocial Oncology and Palliative Care at the Dana-Farber Cancer Institute in Boston. “People are understandably reluctant to do so, even if those therapies are not all that effective.”

At present, nearly 30 percent of Medicare’s $600 billion annual budget is spent on treatment in the last six months of life, much of it on expensive interventions with limited benefits. Without changes, the cost of end-of-life care is likely to skyrocket as the nation’s elderly population grows.

Medicare is by far the largest payer for hospice services in the United States. A report by the nonprofit National Hospice and Palliative Care Organization found that in 2009, Medicare reimbursed 83.9 percent of all hospice services. By contrast, Medicaid reimbursed about 4.9 percent and private insurance covered about 8.6 percent.

The announcement of the test program by the Centers for Medicare and Medicaid Services (CMS), which administers Medicare, follows another change in policy aimed at informing elderly patients of their options as death approaches. Starting next year, Medicare will for the first time reimburse doctors and other health professionals for talking to patients with advanced-stage diseases about their goals and wishes and the likely results of their remaining options for treatment. For instance, some patients might want to forgo a surgical procedure that would be a long shot, require weeks of recovery and powerful painkillers, and result in diminished capabilities. They might prefer to spend their final days alert and in the company of family.

Some disability and anti-euthanasia advocates have opposed Medicare payments for advanced care consultations, wary that the motivation is to reduce costs rather than to follow patients’ preferences. The suspicion ignited controversy during the debate over the Affordable Care Act in 2009, when Sarah Palin, the former Alaska governor and 2008 Republican vice-presidential nominee, raised the specter of “death panels” charged with determining which patients deserved to be saved.

But the National Right to Life Committee (NRLC), the nation’s largest right-to-life organization, said it supports allowing treatment to be combined with hospice care.

“We have long supported giving patients access to both curative and palliative care—to ease pain and suffering—instead of requiring them to choose between them as under current hospice funding requirements,” wrote Burke Balch, an NRLC spokesman, in an email.

Hospice and palliative care providers are enthusiastic about both of the CMS changes to Medicare. Following greater than expected enthusiasm from providers, the agency expanded the number of Medicare-certified hospices that will participate in the pilot program from 30 sites serving as many as 30,000 patients to 141 sites and as many as 150,000 patients. (See the demonstration sites here.)

“These are great steps by CMS in moving toward a laudable goal, which is to allow better access to supportive services provided by hospices,” said Vikranta Sharma, the medical director of VNA Health Group, a home care association that will run several demonstration sites in New Jersey.

During the experiment, CMS will assess whether more people use hospice care, the quality of the care, whether patients and their families are satisfied with it, and the costs.

The sites will be open to patients who have advanced-stage cancer, chronic obstructive pulmonary disease, congestive heart failure or AIDS and who have a prognosis of six months or less to live.

Hospice services available at the sites will include supervision and treatment from doctors, nurses, social workers and chaplains; temporary relief for caregivers, or respite care; routine home care; various forms of therapy and round-the-clock telephone consultations. Prescriptions and medical devices will also be covered, along with palliative treatments.

Medicare will pay the hospices up to $400 a month per beneficiary.

The use of hospice services has grown steadily since they were first offered in the U.S. four decades ago.

Nevertheless, of cancer patients enrolled in Medicare who died in 2013, only 47 percent had used hospice services, according to the latest data available reported on by the Medicare Payment Advisory Commission, the nonpartisan legislative branch agency that provides analysis on the Medicare program to Congress. The median length of stay for hospice decedents was 17 days, although the Medicare hospice benefit can extend for six months or longer.

Many hospice and palliative care experts say more people would choose hospice care were it not for Medicare’s requirement that patients give up potentially life-extending treatments.

The either-or policy dates to the beginning of hospice care, which started as a grassroots movement to shield dying patients from invasive, painful and futile medical procedures. Because the operations were often expensive, Medicare sought to restrict hospice eligibility to patients willing to forgo them.

But medicine has changed since then: Patients are able to better tolerate many life-sustaining treatments. Some treatments not only hold the promise of extending lives but can relieve painful symptoms.

The demonstration sites will determine whether a shift in policy would drive up Medicare’s cost by covering medical treatment of hospice patients. But Tulsky of the Dana-Farber Cancer Institute doubts it will.

Patients who are expected to live less than six months already are expensive to care for, Tulsky said, and the additional cost of hospice care is smaller than many new therapies. If patients forgo burdensome treatment, he said, costs could be less.