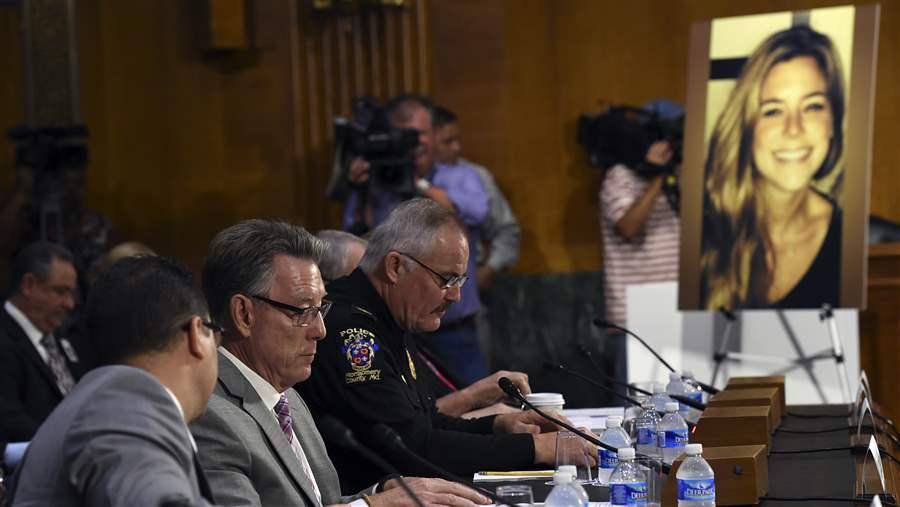 One was the shooting death of 32-year-old Kathryn Steinle, allegedly killed on a San Francisco pier by a Mexican immigrant with seven felony convictions who had been deported from the U.S. five times. County officials ignored a request by U.S. Immigration and Customs Enforcement (ICE) to hold him for possible deportation.

The second was the rollout of a new federal policy designed to reassure local authorities who oppose the deportation of unauthorized but otherwise law-abiding residents, and fear they could be sued for holding them for ICE. Under the new policy, ICE will only ask local police to detain immigrants for deportation if they are convicted of serious crimes.

The shooting in San Francisco and the change in federal policy have bolstered efforts by state lawmakers in Michigan and Texas to bar “sanctuary” policies that impose limits on police cooperation with federal requests to hold prisoners for possible deportation. Santa Clara also is considering a change. And even in liberal San Francisco, a city supervisor is now pushing for legislation requiring more cooperation with federal immigration authorities.

But other cities with strict non-cooperation rules are reacting cautiously.

Cook County, Illinois, Board President Toni Preckwinkle said the county has listened to pleas by Homeland Security Secretary Jeh Johnson, who oversees ICE, for more cooperation and that the board “is open to continued dialogue and further meetings with the secretary and his staff.”

The state and local sanctuary laws limit police compliance with federal requests to hold prisoners for an extra two days after they would otherwise be released. Federal immigration authorities began making such requests in 1996. But they were not commonplace until 2012, when a new federal policy required state and local law enforcement to send fingerprints from every booking to immigration authorities.

The Immigrant Legal Resource Center in San Francisco provides a map of 326 counties and 32 cities with laws that resist such federal mandates. A Stateline analysis last year found that more than half the nation’s noncitizens live in those resistant areas.

Most of the policies, including statewide versions in California, Connecticut, Rhode Island and the District of Columbia, include exceptions for repeat serious offenders such as the man charged in Steinle’s death. Even so, the policies result in the release of thousands of immigrants sought by ICE for possible deportation.

During an eight-month period last year, local police turned down 8,811 federal “detainers,” or requests to hold prisoners for immigration authorities. The cases were in 276 counties and 42 states plus the District of Columbia, according to a report obtained by the Center for Immigration Studies, a Washington, D.C., think tank that supports reduced immigration.

The San Francisco case has shined a spotlight on the issue. Juan Francisco Lopez-Sanchez, 56, told the San Francisco Chronicle he shot Steinle by accident while aiming at sea lions, but the shooting has prompted outrage among officials — and some presidential candidates — of both major political parties.

“I strongly believe that an undocumented individual, convicted of multiple felonies and with a detainer request from ICE, should not have been released,” said U.S. Sen. Dianne Feinstein. The senior Democrat from California threatened federal legislation to force more compliance.

“We should focus on deporting convicted criminals, not setting them loose on our streets,” Feinstein said.

Many local sanctuary policies were prompted by court rulings, including two last year in Pennsylvania and Oregon which held local authorities liable for holding prisoners for possible deportation in violation of their civil rights. Orleans Parish, Louisiana, and Rhode Island point to court cases as the reasons for their sanctuary stances.

But the new federal policy, the Priority Enforcement Program (PEP), promises to do away with what the courts have criticized most: extra jail time without legal justification or probable cause.

Under PEP, immigration authorities will only ask for extra jail time in rare cases. In most instances, federal officials will simply request advance notice that a prisoner is about to be released, so they can arrange a transfer to federal custody if they deem it necessary.

At the same time, PEP sets new deportation priorities that emphasize serious crimes and disregard border crossings before 2014, potentially cutting the number of deportations by 25,000 a year and protecting almost 10 million of the estimated 11 million immigrants in the country illegally, according to the Migration Policy Institute, a think tank in Washington, D.C.

In the wake of the changes, federal authorities are pleading with states and localities to rethink their policies.

“We are now reaching out to governors, mayors and local communities to seek cooperation with us in the new program,” Secretary Johnson told the Senate Judiciary Committee last month.

The focus on serious crimes, plus the flexibility given to the local police to negotiate on a case-by-case basis, is likely to alleviate most of the concerns localities reflect in their sanctuary policies, according to Marc Rosenblum of the Migration Policy Institute.

The new policy is “almost designed to align” with statewide policies like the Trust Act in California and similar ones in Rhode Island, Connecticut and the District of Columbia, which specify cooperation only in the case of serious crimes like felony convictions.

“I think it’s going to be more common than not for the policies in these jurisdictions to be moot now,” Rosenblum said.

Still, many immigrant advocate groups are urging caution. A dozen advocacy groups signed a letter to Johnson, the Homeland Security chief, in June expressing alarm that the new policy still uses detainer requests, saying there is no proof they would be used only “in special circumstances,” as promised.

“We would suggest that the strongest policy is to limit cooperation as much as possible,” Ruiz said.