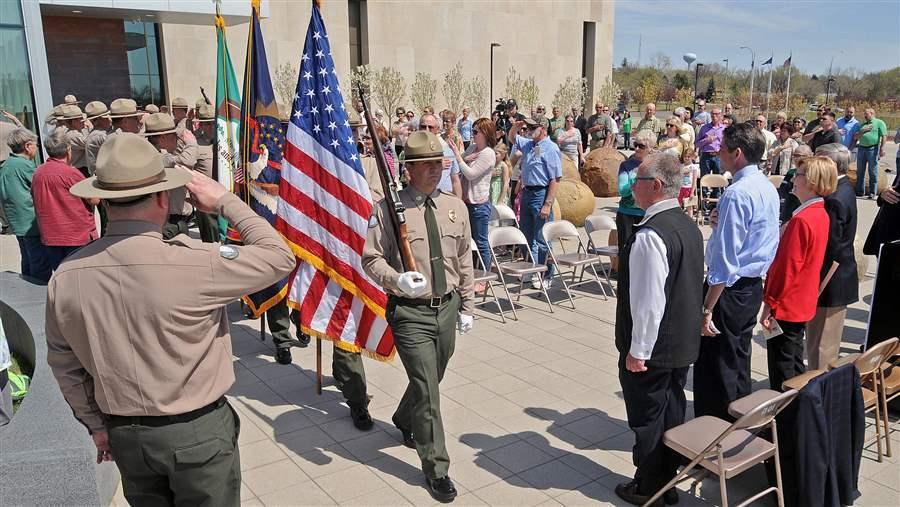 Public employment, long seen as a secure job with good benefits, took a series of hits during the recession, with state and local governments implementing hiring freezes and layoffs. But job-seekers can take solace: Many states and localities are now hiring, buoyed by an improving economy and better-than-expected revenue.

Nearly three-quarters of states and localities reported making new hires in the past year, according to a recent report, the second year in a row the jurisdictions put new people on the payroll. “I’m cautiously optimistic,” said Elizabeth Kellar, CEO of the Center for State & Local Government Excellence, a nonprofit that helps government attract workers and one of three groups that conducted the survey. “It’s generally good news that they are able to hire again and are seeing salary gains, [although] they are still lagging behind the private sector.”

Much of the hiring is driven by “pent-up demand” from the recession years, along with a burst of retirements by people who feel more confident about leaving their jobs now that the economy is recovering, she said. More than half of respondents reported higher levels of retirement in 2013 than in 2012, and 13 percent said their employees had accelerated their retirements.

At least 10 states collected more tax revenue than expected in April, Sigritz found, and 42 states expect their budgets to grow in fiscal 2016. State tax revenue overall was up 5.1 percent in the first quarter of 2015 compared to the same period in 2014, according to the U.S. Census Bureau.

But Sigritz said increased hiring may not lead to permanently larger state and local workforces, which still are not back to pre-recession levels. “It’s likely that we’re going to continue to see an uptick in hiring. But we’re not expecting a surge in hiring,” Sigritz said. “It’s definitely not back to where it was, and I wouldn’t be surprised if it never got back.”

Some states, particularly those with governors advocating trimmer budgets and smaller government payrolls, are continuing to cut their workforces. Louisiana, for example, went from a high of 117,300 state workers in February 2009 to 84,300 this June, according to the U.S. Bureau of Labor Statistics (BLS). “We view the reduction of state government as a smart policy decision. Our goal in Louisiana is to ensure the prosperity of our private sector, not to increase government,” state Division of Administration spokesman Greg Dupuis said in a statement.

States with expanding workforces aren’t necessarily doing broad-based hiring. In Kentucky, for example, the state payroll went from a recession-era low of 85,500 in February 2009 to 104,300 this June. But much of that was due to an increased number of university students serving in state-subsidized work-study jobs, said Manoj Shanker, an economist with the state’s Education and Workforce Development Cabinet.

“On the face of it, it does look like we’re fat and happy, but that’s not the situation at the moment,” Shanker said.

In Oregon, state government employment went from 78,100 in February 2009 to 87,200 this June. But while the state is doing better financially—revenue is high enough now to trigger Oregon’s “kicker” law giving taxpayers a rebate on what they paid—the expansion of the workforce is due largely to the reclassification of home health workers, paid with tax dollars, as state workers, said Nick Beleiciks, an economist in Oregon’s Employment Department.

And in Virginia, where the state payroll includes 161,600 people, up from 152,700 in February 2009, the new hires are largely in higher education, part of Democratic Gov. Terry McAuliffe’s goal of producing a better-educated workforce, said Sara Redding Wilson, the state’s human resources director.

“There’s definitely pent-up demand” as people retire from and leave state government in general, she said. But “the governor’s got a big push toward getting more people educated so we have a talented workforce in Virginia,” Wilson added, noting that the University of Virginia is the largest agency in the state.

For states and localities that are hiring new workers or replacing departing ones, many challenges remain. Health and retirement costs remain a worry, and many jurisdictions are moving to trim costs, often by shifting the financial burden to the employee.

Human resources managers are struggling to recruit people with the skills for the jobs that are available, Kellar said. Attracting millennials to government work remains difficult. Even when millennials show an interest, “the jobs that have been critically important to fill have required more experience than millennials have,” or demanded special certification, Kellar added.

"Anecdotally, [human resources managers] said they were surprised at how difficult it is to fill a position when they are able to hire. In the past, they might have had three qualified candidates. Now they have one," Kellar said.

In Tennessee, nearly a third of public employees are eligible for retirement, a number that will grow to 50 percent in five years, said Rebecca Hunter, the state’s human resources commissioner. To attract young people and retain current employees, Tennessee has started several professional development programs and is initiating a new pay-for-performance salary structure next year. That plan makes workers feel more empowered, and not resentful of getting the same raise as a lesser-performing colleague, Hunter said. Benefits are also being made more affordable, reversing the tradition, Hunter said, of government jobs that have great benefits but “struggle” in terms of salaries.

“We recognize that the workforce we’re trying to recruit is probably not going to stay with us [for many years] like the workforce walking out the door,” Hunter said. As a result, she said, prospective recruits will care more about salary than retirement benefits.

More than half of states and localities in the survey reported making changes to health benefits such as shifting more costs to employees and starting wellness programs. But states are also looking for more creative ways to lower costs.

In Virginia, the state will give workers a $50 cash bonus (up to $150) for taking preventive health measures, such as getting an annual physical or a flu shot, Wilson said. The state found that bariatric surgery to treat for obesity was too costly and delivered poor outcomes, so officials now require pre-surgical health counseling and give subsidies for other weight-loss efforts to help obese workers avoid the surgery, if possible.

Montgomery, Ohio, acting on suggestions from employees, came up with a hybrid health plan that has a high deductible. But it includes a health savings account seeded with an initial $1,000 and an additional $750 from city government, said Jim Hanson, the city’s finance director.

Hanson is still trying to fill one plum job: his own, as he will be retiring later in the year. But he said the city has gotten few resumes in response to its advertisement. “There is turnover, and we’re filling positions,” said Hanson. “But it’s getting increasingly harder to get the skills you need.”