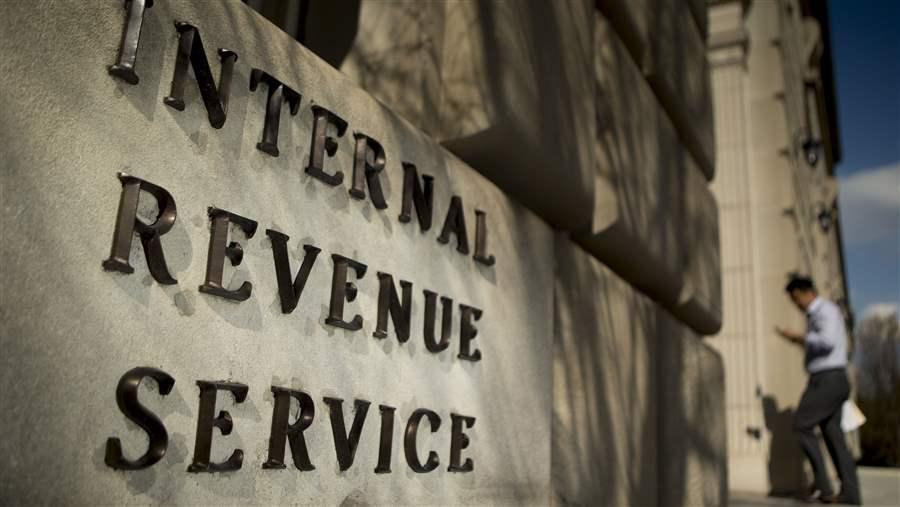 The tax proposals the U.S. presidential candidates have unveiled so far differ in their priorities and level of detail, but a common approach is to reduce tax rates and scale back or eliminate certain deductions, credits, or exclusions, also known as tax expenditures. The debate over these plans will focus on how they would affect federal revenue—but that is not the entire story.

Nearly every state tax code is connected to the federal tax system in some way, which means that changes at the federal level could have a significant impact on many states. Thirty-six states and the District of Columbia use a federal definition of income as their starting point, 31 and D.C. allow federal itemized deductions, and about half piggyback on the federal earned income tax credit. For example, New Mexico’s personal income tax form uses federal adjusted gross income as a starting point, borrows the federal itemized and standard deductions, and piggybacks on the federal earned income tax credit. (See Figure 1.) 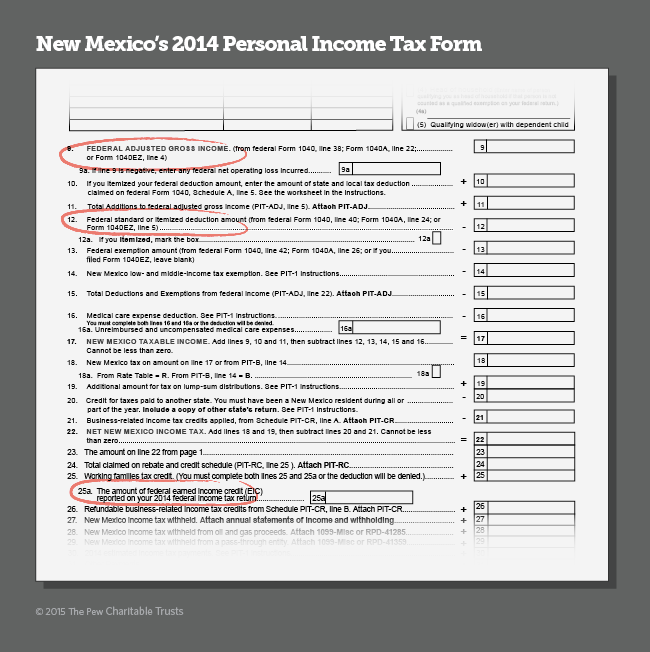 Federal reform that scales back or eliminates tax expenditures would flow through to the states that link to those provisions, potentially increasing their revenue. State policymakers would have to choose how to respond. They could choose not to accept the federal changes, but this could lead to an increase in complexity and compliance costs for filers and make tax enforcement harder for states. Or they could incorporate the changes into their state law, thus increasing state tax collections.

This is what happened after the last major federal tax reform in 1986. Among other changes, the reform reduced personal income tax rates, limited or repealed several deductions, increased the standard deduction and personal exemption, and expanded the earned income tax credit. Many states’ tax codes were linked to one or more of these changing policies.

State policymakers responded in various ways, with most accepting the bulk of the changes. Some states then offset what would have been a state tax increase by reducing their own tax rates and increasing personal exemptions, standard deductions, and tax credits. Other states simply collected the increased revenues.

In 2002, in an effort to encourage companies to invest in new equipment such as computers and manufacturing machinery, the federal government enacted a temporary enhancement to the normal deduction rules. At the time, nearly every state followed the federal definition of taxable business income and as a result would have been affected by this modification known as “bonus depreciation.” The more generous deduction temporarily reduced federal revenue and would have reduced tax collections in states that were linked. However, within seven months of enactment policymakers in 23 states and the District of Columbia had taken legislative action to disconnect their own laws from the new federal rules, thus avoiding a revenue loss.

Over the next year, changes to the federal tax code could become a hotly debated topic in the presidential race. If so, that debate should go beyond the federal budget implications to the potential repercussions on state revenue collections, tax structures, and borrowing.