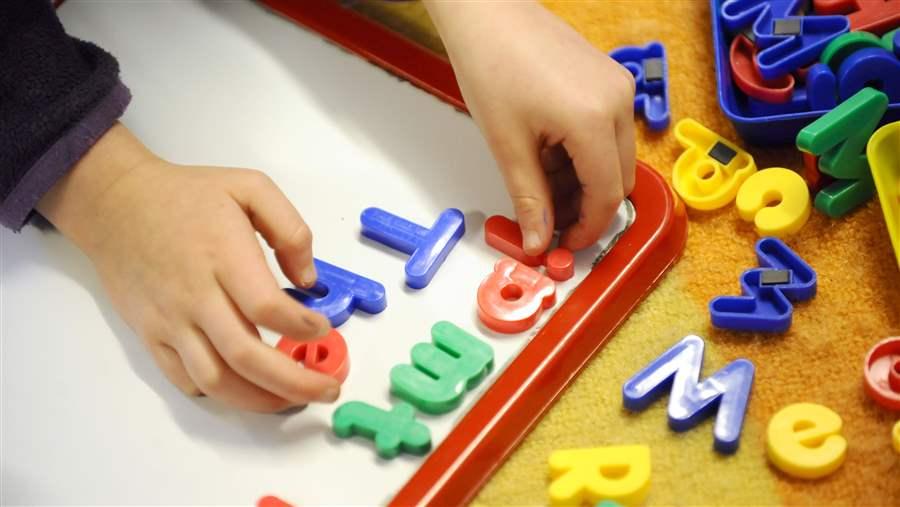 In many states this year, lawmakers debated measures designed to make life a little easier for Americans struggling to balance work and family obligations. (AP)

After years of focusing on Great Recession job losses, increasing economic inequality and a shrinking middle class, lawmakers in many states this year turned to a related front: trying to make life a little easier for Americans struggling to balance work and family obligations.

Their focus on issues such as paid leave, predictable shift scheduling and protections for pregnant workers reflects a sobering fact: Years after the recession ended, many Americans still do not feel economically secure. Many families fear that without safeguards, a medical emergency or family obligation that pulls them away from work could mean financial disaster.

“Families are really struggling, and part of the reason they can’t get ahead is they lack basic protections,” said Vicki Shabo of the National Partnership for Women & Families, an advocacy group in Washington, D.C. “The challenges they’re facing are not their individual problems to face — they’re not alone. These are challenges that really sweep the country.”

Last month, Oregon became the fourth state to approve a paid sick leave law, joining California, Connecticut and Massachusetts. The new law requires employers with 10 or more employees to give each worker five paid sick days a year. The law is designed to help low-wage workers, who are least likely to have the benefit and least able to afford losing even a single day’s pay.

In California, the state Assembly is mulling a bill, approved by the Senate last month, that would broaden that state’s paid family leave measure, which was the first of its kind in 2002 and led to similar laws in New Jersey and Rhode Island. This year, 18 other states considered paid family leave laws, which typically allow workers to take time off work to care for a newborn or ailing relative.

In 10 states, mostly dominated by Democrats, legislators have introduced measures to curb unpredictable, on-call shift scheduling, which can complicate the family lives of retail, restaurant and janitorial workers.

Even Nebraska and North Dakota, conservative states wary of placing restrictions on employers, enacted new protections for pregnant women in the workplace, showing that both parties are heeding the complaints of their harried constituents.

Among industrialized countries, the U.S. is nearly alone in failing to guarantee workers paid family leave, and only 13 percent of Americans receive the benefit through their employers. The federal Family and Medical Leave Act of 1993 (FMLA) requires employers to provide unpaid leave for up to 12 weeks, but many workers can’t afford to go without a paycheck.

To advocates, the fact that 18 states considered paid family leave bills this year is a sign of increasing momentum. But paying for such programs remains a daunting challenge.

The paid leave programs in California, New Jersey and Rhode Island are similar, but California’s is cited most often as a model. Supported by a 1 percent payroll tax, the California plan pays for qualified workers to take six weeks off at about half their normal weekly salaries, up to a maximum of $1,100.

All three states built their systems on existing temporary disability insurance programs. But only two other states, Hawaii and New York, have such programs. Washington state is a cautionary tale: It approved a paid leave law in 2007, only to see it stall when lawmakers couldn’t agree on a plan to fund it.

President Barack Obama’s call for increased federal support for state family leave plans buoyed the confidence of supporters in the states, but his proposal has gone nowhere  in the Republican-controlled Congress.

Meanwhile, opposition from business groups at the state and local level remains strong.

“We don’t argue with the sentiment behind the initiatives, we take issue with the initiatives themselves,” said Jack Mozloom, a spokesman for the National Federation of Independent Business. “The advocates seem to think that every business everywhere of every size can accommodate these benefits, pay these benefits. They can’t.”

A relatively new part of the push to address work-life balance issues is the effort to regulate employers’ scheduling practices. Some workers complain that their employers craft unpredictable work schedules that make it nearly impossible for them to meet their family obligations.

The California proposal, for example, would require large food and retail establishments to provide workers with their schedules two weeks in advance and compensate them for last-minute changes. At least nine other states (Connecticut, Illinois, Indiana, Maryland, Massachusetts, Michigan, Minnesota, New York and Oregon) considered similar measures this year, according to the National Women’s Law Center, which tracks the issue.

“There’s been a hunger for a solution to this growing problem,” said Liz Watson, senior counsel at the center. “No one should have to live this way.”

The movement got a boost last July when Democrats in the U.S. House introduced the Schedules That Work Act, a measure that has little chance of being approved in the Republican-controlled chamber but helped kick off campaigns in statehouses around the country.

Workers “need some type of predictability in their life and not always be on call,” said Democratic state Rep. Rena Moran, who introduced the Minnesota version of the measure this year and plans to push the issue again in 2016. “More and more we have more mothers and fathers in the workforce — because they have to be in the workforce.”

But like paid leave proposals, the scheduling measures have sparked fierce opposition from employers, who argue they are too heavy-handed and restrictive to be workable, according to Lisa Horn of the Society for Human Resource Management.

“We’ve got to take into consideration too that as much as organizations want to give employees advance notice of their schedules, there’s some industries where employers need that flexibility,” she said.

Democratic-dominated states were the most active in considering work-life measures, but at least two red states also got into the act: Nebraska and North Dakota each approved — by wide margins — laws requiring employers to accommodate pregnant workers so they can remain on the job for as long as possible. They became the 13th and 14th states to offer such protections.

North Dakota state Rep. Naomi Muscha, the Democrat who carried the bill there, said she was surprised that her measure “sailed through" the legislature. Muscha said members of the all-male House panel that sent the measure to the House floor were surprised to hear that employers didn’t accommodate their pregnant workers as a matter of course.

“Someone asked, ‘Isn't this just common sense?’ We would like to think it is, but it isn't covered legally,” Muscha said.

“It really didn't have any opposition, it was wonderful,” she added. “I jokingly called it my ‘Be Nice to Pregnant Ladies Bill.’”