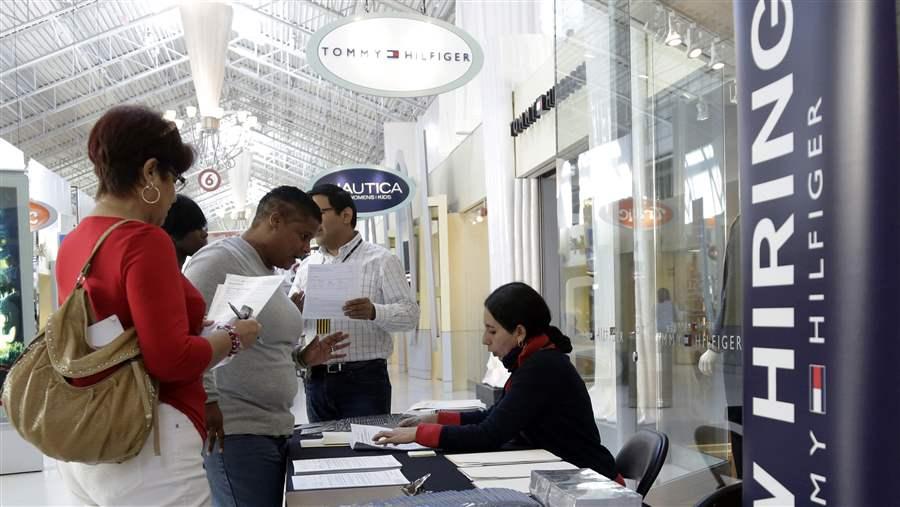 A Tommy Hilfiger employee, right, talks with job applicants during a job fair in Miami in October. Employment rose in nearly every state in 2014. (AP)

This story updates an article published on December 22, 2014, with additional data.

Every state added jobs over the course of 2014, with 16 states posting at least 2 percent employment growth, adding tens of thousands of jobs to their economies.

North Dakota, Texas and Utah led the way in job creation, with employment in North Dakota jumping 5.42 percent, according to a Stateline analysis of Bureau of Labor Statistics data released today. Texas’ job growth was 4 percent, and Utah’s was 3.86 percent.

North Dakota, Nebraska, South Dakota and Utah had the lowest unemployment rates among the states, all at 3.5 percent or lower.