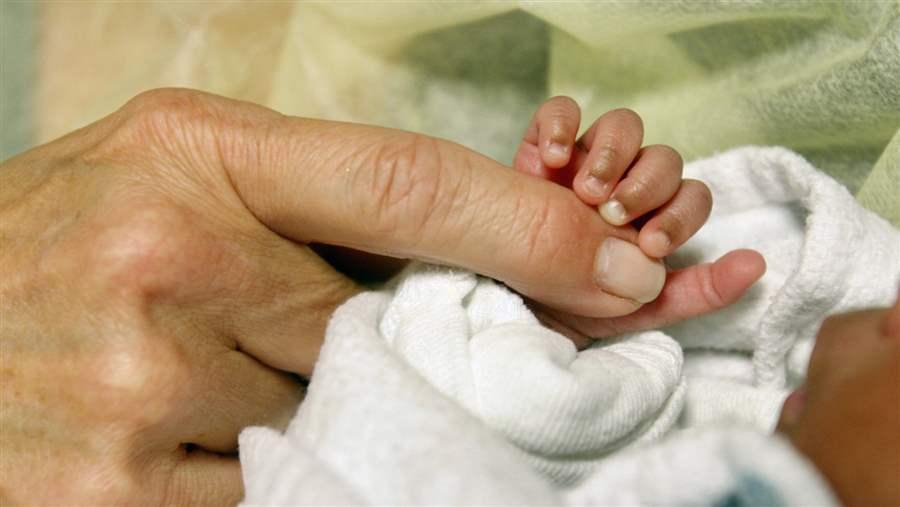 South Carolina hopes to use a Social Impact Bond to attack its high rate of premature births. But some question whether such “pay-for-success” contracts are useful or cost-effective. (AP)

South Carolina is turning to an unusual source to finance a new program intended to reduce the state’s high rate of premature births: private investors.

If the program succeeds in slicing that rate among Medicaid beneficiaries and reduces state spending as a result, South Carolina will repay the principal plus a healthy, yet-to-be determined rate of return. If the program doesn’t meet expectations, the state will owe the investors less or even nothing at all.

The state sees the plan as a way to launch a promising health program without having to bear the costs for years to come, if ever.

“If we achieve the results we hope for, the state wins by getting an innovative program that works and the investors get a payback,” said John Supra, a deputy director of the state Department of Health and Human Services.

The financial instrument powering the project is called a “social impact bond” (SIB), also referred to as a pay-for-success contract. In the last several years, a number of states and municipalities have used SIBs for multiyear projects pertaining to education, homelessness and prisoner recidivism. In most cases, the money goes to a nonprofit that actually provides the services.

Lately, as in South Carolina, projects related to health care have begun to turn to the same mechanism. In Fresno, California, for example, where more than 20 percent of children have been diagnosed with asthma (compared to 8 percent nationally), the city is expected to use an SIB in a project aimed at reducing the number of emergency room visits and hospitalizations resulting from childhood asthma.

Connecticut, New Jersey, North Carolina, Utah and Oregon also have or are considering using SIBs to fund a variety of innovative health-related programs ranging from substance abuse treatment to early childhood health interventions. The District of Columbia is turning to an SIB for a teen pregnancy prevention program.

Many of these health projects are geared toward prevention and generate savings if they help states avoid paying for expensive services, such as hospitalizations and surgeries. Because SIBs extend for many years, there is time for those savings to emerge and be measured.

Enthusiasm among some of those involved in SIBs is high. “When I first heard about this concept, I was not sold, but over time, I have become a believer,” said Kevin Hamilton, chief program officer at Clinica Sierra Vista, a health care organization providing services to the poor in central California that is a partner in the Fresno asthma project.

Hamilton says he now believes that SIBs could be used to create prevention programs for all types of chronic diseases, including diabetes and heart failure.

Are They Worth It?

Others are skeptical. SIBs relieve governments of having to pay money upfront for these projects. But if the projects succeed, they have to repay the money along with what might be a sizeable return on investment, not to mention additional administrative expenses.

Rick Cohen, national correspondent for Nonprofit Quarterly and former executive director of the National Committee for Responsive Philanthropy, warned that SIBs “aren’t bonds, they are loans.” Loans, he added, that come with potentially high interest rates. (Cohen’s latest article on SIBs is here.)

Critics are also quick to point out that SIBs have been around only since 2010—not long enough to have had to pay out on their investments. So while more jurisdictions are pursuing SIBs, they are still unproven.

In 2013, the Maryland legislature was considering an SIB for a prisoner reentry program until an analyst in the Maryland Department of Legislative Services, Kyle McKay, showed that the cost of the SIB would be far greater than previously believed and that the probable state savings from a successful program were greatly overstated.

McKay, who now works for the Texas Legislative Budget Board, a permanent joint committee of the legislature that develops budget and policy recommendations, has become a prominent critic of SIBs. “It is my personal opinion that social impact bonds are expensive and risky,” he testified at a U.S. Senate hearing in May. “They may also distract governments from a more comprehensive, sustainable approach to improving public policy.”

The United Kingdom is usually credited with launching the first SIB, a six-year project started in 2010 to prevent recidivism among prisoners released after serving short sentences. Although the project showed some success in the early stages (though below its goals), it was aborted earlier this year in favor of another approach. So far, it has not paid out to investors, but still could if the first-phase goals are reached.

In 2012, New York City became the first American jurisdiction to use an SIB, for a prisoner rehabilitation program that received $9.6 million in private investment money.

With funding from the Rockefeller Foundation, the Harvard Kennedy School created the Social Impact Bond Technical Assistance Lab, which is helping a limited number of states and municipalities. Applicants identify a social service project they would like to launch, often one that has shown success in a pilot program, and the lab helps them put financing together and establish measurable benchmarks.

The California Endowment, a private health foundation, has contributed $1.1 million to fund a two-year project in the Fresno area in which trained health care workers will visit the homes of 200 children with asthma who have had previous emergency room visits or hospitalizations as a result of the condition.

The workers will educate families on asthma and also rid the homes of environmental triggers that lead to the ailment, such as cigarette smoke, dust mites and other contaminants. If the program proves successful by reducing the medical costs associated with asthma, the plan is to attract private money to extend the program to an additional 3,500 children.

Recently, South Carolina health officials began to think that an SIB might be the best way to attack the state’s high rate of premature births. The state ranked fourth highest in those births in 2013 and more than 11 percent of Medicaid births in the state were premature.

The state had been involved in a small but effective program that sent visiting nurses or other trained health care workers into the homes of poor, pregnant women before the birth and for 18 to 40 months afterward to provide support and education. The result was healthier births and healthier children in the first three years of life. With SIB funding (the amount has yet to be determined), the state plans to increase the number of beneficiaries from a few hundred to 4,000.

John Supra, deputy director of the South Carolina Department of Health and Human Services, said the hope is that the seven-year program will lead to reduced state costs in several areas, from less use of neonatal intensive care, to less spending on child abuse and special education services—all of which are linked to premature births. Supra expects the full program to be up and running starting in April.

Narev Shah, a director at Social Finance, which has helped a number of jurisdictions put together SIB contracts, said SIBs are in line with the Affordable Care Act, which encourages better health outcomes while reducing health care costs. “The ACA aligns nicely with social impact bonds with its focus on preventive measures that will alleviate longer term expensive utilizations,” he said.

As with all SIBs, in order for investors to recoup their money and turn a profit, the projects must achieve measurable success in improving health outcomes and saving money. Goldman Sachs and Bank of America are among the commercial institutional investors who have invested in SIBs.

The reason, says David Juppe, an analyst with the Maryland General Assembly who worked with McKay on his report, is that the SIBs promise high rates of return. “I haven’t seen anything less than double-digit returns,” Juppe said. Often, though, McKay has testified, the SIB deals are so complicated and involve so many entities, that determining exactly what results deliver what rates of return is almost impossible.

For many commercial investors, the financial risk isn’t as great as it first appears to be. Many of the SIBs are designed with the involvement of foundations, which often guarantee at least some payout to investors if the program doesn’t achieve the established goals. In the New York City prison project, for example, former Mayor Michael Bloomberg’s foundation, Bloomberg Philanthropies, has guaranteed to pay back investors up to $7.2 million from their $9.6 million investment if the program falls short.

Cohen also questions whether SIBs actually fulfill the goal of spawning innovations. Because of the investment risk, he says the projects that are backed by SIBs tend to be models that have already proven that they do work.

“If you’re investing the SIBs in things with a high probability of success,” he said, “why doesn’t government just do it themselves in the first place?”