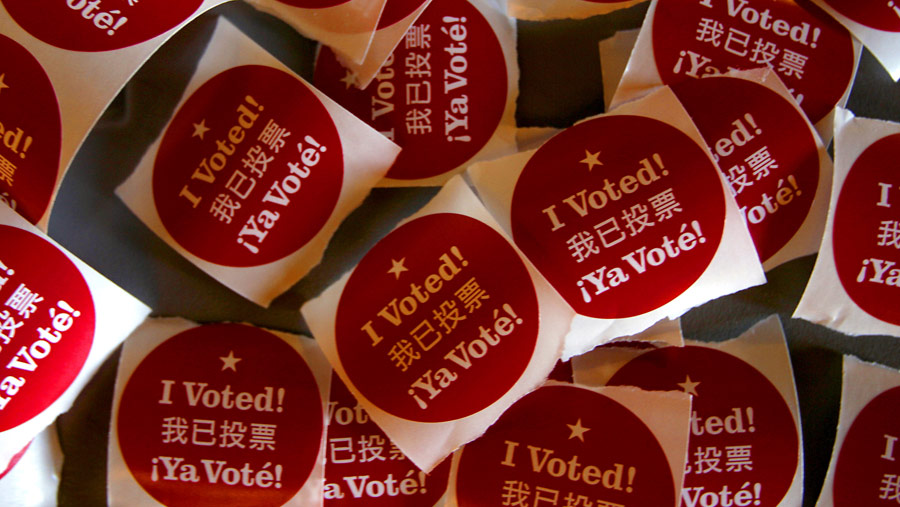 "I Voted!" stickers carrying multiple languages on display in California for those who cast their ballots. The Asian-American population is increasing steadily across the country, but the South has seen some of the fastest growth. (AP)

For decades, Asian-Americans have clustered on the coasts, but in recent years thousands have moved to the South, remaking communities in the process.

Between 2000 and 2010, Asian-Americans were the fastest-growing ethnic group in the South, increasing by 69 percent during that period, according to an analysis of U.S. Census Bureau data by the group Asian Americans Advancing Justice, which advocates on behalf of the community.

State by state, the growth is even more striking. Some states saw their Asian-American populations nearly double between 2000 and 2010: In both Georgia and North Carolina, the increases topped 80 percent. The average growth among the 16 states and the District of Columbia (which the census identifies as the South) was 63 percent. Twelve states and the District saw increases of 50 percent or more.

The growth in certain metropolitan areas was even more dramatic, even if the Asian-American percentage of the overall population remains small. 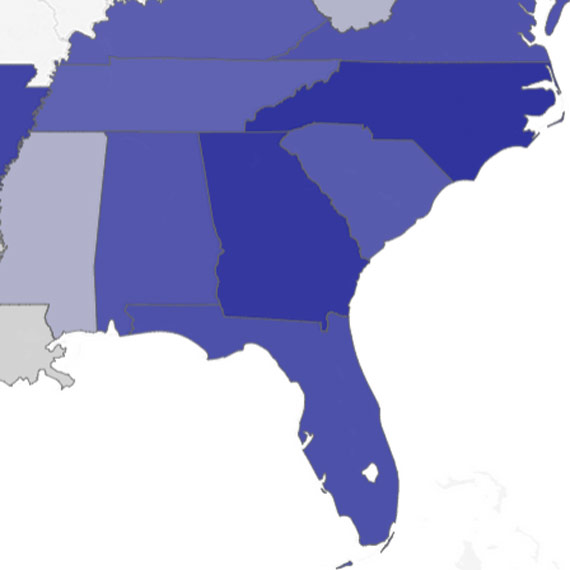 The explosive growth presents a host of issues for state and local governments, from educating students who don’t speak English as a first language to translating official documents to providing housing assistance to refugees. Compared to other parts of the country, some states in the South have little experience in hosting large immigrant communities.

The Asian-American newcomers, most of whom are transplants from liberal states on the coasts, also could change the political face of the conservative South.

The trend also extends to Native Hawaiian and Pacific Islanders, who are counted separately from Asian-Americans.

In the South this population increased 66 percent, compared to about 33 percent in every other region. Arkansas, notably, saw an increase in Native Hawaiian and Pacific Islanders of 151 percent from 2000 to 2010, thanks in large part to an influx of people from the Marshall Islands. The state is home to the largest Marshallese-American population in the U.S, although they comprise just 0.3 percent of the state’s overall population.

While the demographic trends are clear, the motivation behind the population’s movement is as varied as the groups that comprise it: The Census Bureau tracks 23 different ethnic groups under the Asian-American umbrella, and 19 others are counted as part of the Native Hawaiian and Pacific Islanders population.

Those diverse backgrounds make pinpointing a specific explanation for the growth difficult, and can also explain the variation between states. In general, said Marita Etcubanez, director of programs at Asian Americans Advancing Justice, many of those moving to the South are chasing economic opportunity and a cheaper cost of living, especially when compared to expensive coastal cities like New York and Los Angeles.

“People are willing to settle wherever opportunity is available to them,” Etcubanez said. “People are following economic opportunity.”

The opportunities pursued can vary widely, though, Etcubanez and other experts said. For example, refugees from parts of Southeast Asia are likely to have very different backgrounds and qualifications than a highly educated professional from India.

“It does point to these different motivations, these different types of ethnic groups,” said C.N. Le, Director of the Asian & Asian American Studies Certificate Program at the University of Massachusetts, Amherst. He mentioned North Carolina’s Research Triangle and prominent universities at Duke and Chapel Hill as a draw for more highly educated Asian-Americans that contributed to the state’s 85 percent growth, the highest in the region.

That diversity can be a problem for public officials. Language barriers are perhaps the most prominent example: One school district in Georgia has to contend with 111 different languages in its community. Another effort in some cities in Georgia encouraged Asian-American-owned businesses to have signs in English in addition to displays in Asian languages, so law enforcement would know where to go in an emergency.

An older Asian-American population is another challenge. Anecdotally, those who study the population say the number of elderly Asian-Americans in the region is increasing alongside the overall population, especially as cheaper cost of living draws retirees. That can mean increasing demand for elder care, health care and similar issues can pose challenges alongside a host of others facing the community.

How well each state is positioned to deal with these issues and others will vary as well, in part based on cultural and political realities, and also history of immigration. Some, like Tennessee, have long been a destination for refugees, and might be better positioned to respond to a changing population.

“Many of these states don’t have as long of history of immigration,” said Chris Kromm of the Institute for Southern Studies, a civil rights advocacy group. “A lot of them are catching up, and it takes a lot more to turn the ship.”

Diversity at the Ballot Box

Democratic and Republican operatives are already trying to capitalize on the trends and meet the demands of a new and fast-growing constituency.

Leo Smith, state director for minority engagement for the Georgia Republican Party, said he sees an opportunity to tap into Asian-American votes in his state, where in 2012 nearly two-thirds of Asian-Americans voted for President Barack Obama (an overwhelming margin, Smith admitted, but nowhere near the 95 percent of the black vote the president received).

“We obviously have not as hard a row to hoe,” Smith said. “We probably have a lot more traditionalists and conservatives that are already resonating and connecting to the Republican platform than any other racial group we’ve been connecting with.”

Notably, the state’s first Korean-American General Assembly member, B.J. Pak, is a Republican. Pak is also thought to be the first Asian-American Republican to be elected to any state legislature in the region.

Democrats, too, are making their own push in Georgia, and their efforts are as varied as the community they’re trying to reach. The party has two co-chairs for its Asian-American and Pacific Islander Caucus, a Korean-American and an Indian-American.

Aside from voter registration drives, the party and others involved in the community have organized meetings with local officials and business leaders in a “bridging the gap” efforts, as Tim Hur, one of the co-chairs of the party’s Asian-American and Pacific Islander Caucus, put it.

“As the population grows, there’s always a rough period,” Hur said. “We have a lot meetings with officials to tell them that, ‘Hey, we’re not going anywhere.’”

Ultimately, the political allegiances of the Asian-American population could be up for grabs. Asian-Americans, like most minority voting groups, trend Democratic for now, but those who study the community’s politics believe Republicans may be able to chip away at the Democratic advantage.

Whether Asian-Americans will ever become a cohesive voting bloc, or whether the diversity in ethnic groups and experience will prevent that, is an open question, said Janelle Wong, the director of Asian-American studies at the University of Maryland. In any case, politicians and political parties ignore them at their peril, Wong said.

“For the first time, their demographics, not just growth, but actual place of concentration, is going to work in their favor in terms of getting attention,” she said “That could change a lot.”