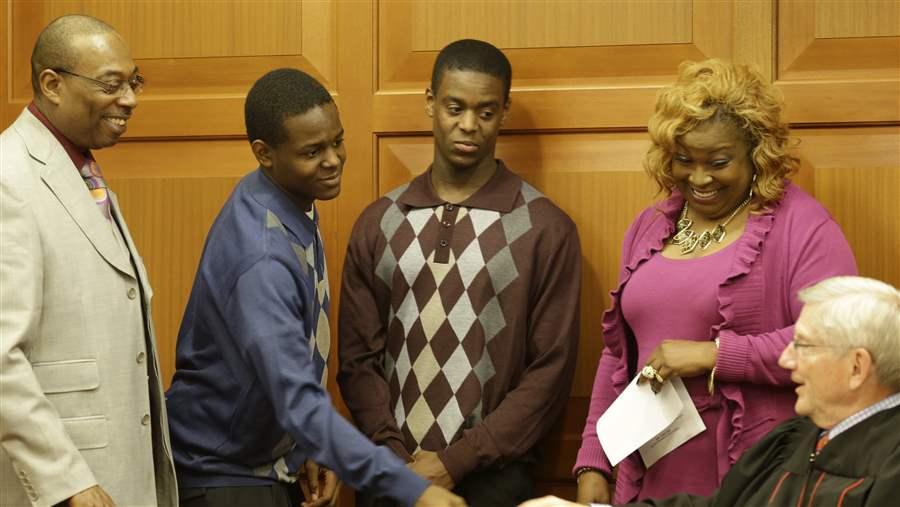 Fewer children reside in state foster care than at any time in the last 25 years, as neglected or abused children increasingly are being placed with other relatives or kept in their homes after steps have been taken to make the family stable.

One reason for the decline is that federal and state laws have pushed states to provide the best, permanent outcomes for neglected or abused children. But better computer software tools also have helped states do a better job of meeting standards set out in the laws, including not letting kids linger in foster care.

Child welfare agencies, like other parts of state government, are catching up on information technology with new web-based tools that can more quickly slice and dice data and easily distribute information to more people than could old mainframe systems, said Tracey Feild, director of The Annie E. Casey Foundation’s child welfare strategy group.

The tools can reveal startling information. Colorado, for instance, discovered to its horror earlier this year that that the results of some investigations of cases of neglect or abuse hadn't been filed for two or three years. A software tool the state began using last year uncovered the lack of timely reporting.

Now, 90 percent of the reports are investigated within 60 days and determinations are made as to whether the allegations were false or whether a case needed to be opened and workers needed to intervene, said Julie Krow, director of Colorado’s Office of Children, Youth and Families.

The data-reporting tool also showed that the 90 percent rate was better than the 69 percent determination rate a year ago. The data, she said, tells the state and the county agencies that actually handle the cases how they stand on meeting the needs of children and where they need to improve.

“We are a data-driven state,” Krow said. “We look at our data and see what we need to do to meet the state’s (child welfare) strategy.”

The decline in foster care is a positive trend in the eyes of most child-welfare advocates. Despite the safety it provides, foster care is seen as a stopgap after children are removed from a bad home. The ideal situation is to provide kids a permanent setting by stabilizing their troubled home, or settling them with a stable relative, another family or a guardian who will adopt them.

Because of what they’ve endured, children in foster care are more likely to have behavioral problems, have trouble in school and have more mental or physical problems than children growing up in stable families, advocates say. They also have an underlying anxiety about what happens to them next.

“What you don’t want is children living in foster families indefinitely without knowing what’s going to happen to them,” Feild said. “We don’t want kids in long-term foster care.”

Congress and state legislatures have passed laws, established policies and provided funding since 1997 aimed at providing safe, permanent settings. They’ve encouraged adoption and placement with next of kin or legal guardians. And they’ve sought to provide stability in schools.

They have also offered varied funding to try to keep children in their own homes or return them to their homes, if such help as counseling, food stamps, Medicaid, paying utility bills or drug-abuse rehabilitation can alleviate what’s led to the neglect or abuse. All the policies have been driven by groups such as the Casey Foundation, the Pew Charitable Trusts (Pew also funds Stateline) and other experts in the child-welfare field.

“We all believe children should be with their own families if they can be,” Feild said.

Keeping children with their families or finding a relative to live with has helped reduce the number of children in foster care, which had reached a peak of 567,000 nationally in 1999, 29 percent more than now.

Ten states – California, New York, Florida, Ohio, Illinois, Maryland, Pennsylvania, Michigan, Georgia and New Jersey – accounted for 90 percent of the decline from 2002 and the end of the 2012 federal fiscal year, according to Administration for Children, Youth and Families’ figures.

All but 11 other states – Kentucky, Oklahoma, Utah, Arkansas, Mississippi, Iowa, West Virginia, Nevada, Indiana, Arizona and Texas – also showed a drop or the same number of children in foster care.

Colorado tracks children, measures its efforts and helps determine what other policies it should establish by using the Results Oriented Management in Child Welfare (ROM) reporting system developed about a decade ago at the University of Kansas School of Social Welfare.

Terry Moore, the professor who devised it, said it was designed to help agencies use the data they already collected in their mainframe computers or on paper, and organize it into formats they could use more quickly and in new ways. It has roughly 70 measurements that can be analyzed.

Connecticut was the first state to use ROM. Fernando Muniz, deputy commissioner for administration in the state’s Department of Children and Families, said it allowed the agency for the first time to dig deeply into all its data, measure what was happening in a timely manner and act on it.

“We’re getting pretty sophisticated in our ability to analyze the data down to the case level,” Muniz said.

Among the results: an increase of 20 percent in placing children with relatives and cutting in half the number of children in group foster care over the last three years.

Other states using the system or are preparing to use it are Iowa, Kansas, Maine, Missouri, Montana, New Hampshire, New Mexico, Ohio, Oregon and Vermont.

Ohio, where the 88 counties provide child-protective services while the state oversees them, has been using the ROM system about six years. Officials there said it’s not only allowed them to assess the status of children quickly, it lets them devise reports faster and determine whether they’re meeting federal and state standards.

Using the system, the state was able to track the screening of about 80,000 reports of neglect or abuse annually and monitoring about 13,000 in foster care in any given month, which is a decline of about 40 percent in state care over the last decade.

The system also has allowed Ohio to compare data and share ideas with other states that use ROM, said Jennifer Justice, deputy director of the state’s Office of Families and Children.

ROM isn’t the only software that states are using. Indiana the last two years has been using Casebook, a new mobile tool developed by the Casey Foundation that’s built for caseworkers and supervisors.

Data is no better than the information collected, however, and results are no better than the people who investigate, handle and work cases for good outcomes. A Miami Herald report earlier this year on the death of 477 children killed during the past six years in that state by abuse and neglect shows the flaws in a system gone awry.

The Herald documented how Florida’s emphasis on reducing the number of children in state care by keeping them with their families over the past decade combined with budget cuts and reduced monitoring lead to the deaths. It also found how 30 deaths were kept off state records by case workers or administrators deliberately not reporting them.

States face other challenges beside tight budgets. There aren’t enough foster or adoptive families across the nation, especially for older children and those with siblings, according to a GAO report earlier this year.

In Colorado, officials say they are using their newfound ROM data tool, which cost them about $250,000, to do innovative things to help meet their goals of handling vulnerable children in the best way possible.

Among them is giving counties financial incentives for assessing reports of neglect and abuse quickly on the front end and having no recurrence of neglect or abuse on the other. The tool lets the state monitor data the counties provide, including anomalies.

Colorado also posts the data publicly so anyone can examine the numbers and see how well the government is handling the needs of vulnerable children. Krow, the director of the state office, acknowledges that exposes the agency to criticism. But, she said, “we really value transparency.”

“You also need to interact with the public so they will understand what we’re doing,” she said. “We feel like child welfare is a community issue.”