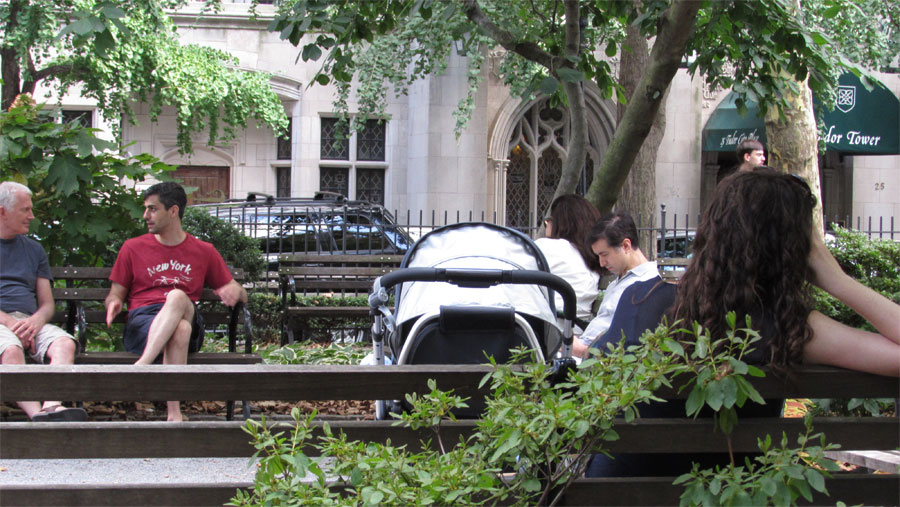 In Tudor City in Manhattan, a set of rococo buildings with many small apartments built for single living, 68 percent of residents live alone. The proportion of people living alone has grown steadily since the 1920s, raising a host of health and safety issues for government and community groups. (Tim Henderson/Stateline)

New York—At 81, Stan Piotrowski has no desire for full-time company. He lives alone here in Tudor City, an enclave with a very high proportion of single dwellers.

“At this point in my life, I wouldn’t want to live with anybody,” he said. “I want to do what I want to do. If I want to sleep late, I can sleep late.”

Piotrowski may be happily alone in his apartment, but he has plenty of company nationwide. The proportion of Americans who live alone has grown steadily since the 1920s, increasing from roughly 5 percent then to 27 percent in 2013, according to the latest Current Population Survey. The phenomenon, which is most prevalent in cities, raises a host of health and safety issues for local governments.

The growth in the number of men living alone is especially dramatic, rising from less than 6 percent in 1970 to more than 12 percent in 2012, according to a Census Bureau report released last year. Fifteen percent of households are women living alone, but men are more vulnerable to the dangerous side effects of the single life, like social isolation that can lead to health risks and a higher mortality rate. 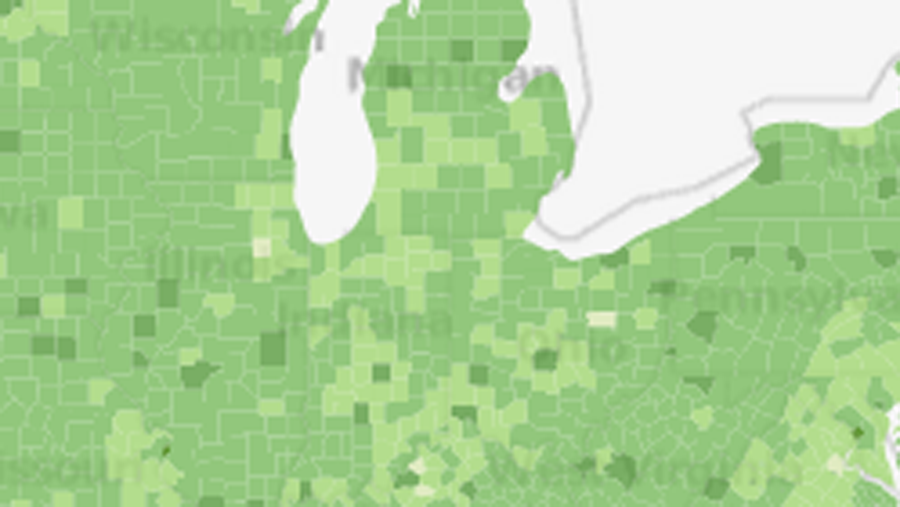 See your county’s percentage of single-occupant households and how it has changed since 2000.

Most single-person households are located in the country’s large urban areas. In Manhattan and Washington, D.C., for example, about half of households have single occupants, and in some neighborhoods the proportion is two-thirds, according to a Stateline analysis of Census data.

While some attribute the steady increase to breakdown in the American family, a new study of census data suggests that economic factors play a larger role. It points out that the rate of living alone tends to grow fastest during periods of economic expansion.

Other causes for the phenomenon are improving health and finances among older people and younger people waiting longer to get married, according to the study, which relied on nonpublic details of the census data by Census Bureau demographer Rose Kreider.

Studies have repeatedly found that “Americans prefer privacy in living arrangements, and that increasing economic resources are often used to purchase this privacy in the form of living alone,” the study said.

The dangerous side of elderly people living alone was illustrated in Chicago in 1995, when about 750 people died during a heat wave, many of them elderly poor residents who could not afford air conditioning and did not open their windows or sleep outside for fear of crime. That tragedy prompted many localities to fight senior isolation with age-friendly programs and networks.

The District of Columbia reaches out to single senior citizens with its the Age-Friendly DC Initiative, which includes block-by-block walks over the summer to check in on seniors living alone and to inform them about transportation, meals and nutrition programs.

The AARP is also involved in spreading the word about age-friendly policies, many aimed at preventing isolation by promoting intergenerational social and networking activities.

Another emerging program addressing the issue is the grass-roots Village to Village Network, which establishes communities or “villages” that offer aging people help finding services and companionship among their peers as they remain in their homes. Started in Massachusetts, the network now counts 120 “villages” across the country and is expanding to Canada, Australia and the Netherlands.

At one such community in Washington’s Dupont Circle neighborhood, where 68 percent of housing units have single occupants, residents help each other with everything from fetching Christmas decorations from the attic to learning new computer programs, and get together regularly for yoga and walking.

“It’s people who really want a community that can supplement what they already have,” said Peggy Simpson, former village president, who got help washing her hair and getting to doctor’s appointments while recovering from a fall.

When another heat wave struck Chicago in 1999, the city dramatically reduced deaths by offering free transportation to cooling centers, making phone calls to check on elderly residents and sending city workers on door-to-door patrols to check on single people.

“That aggressive response drastically reduced the death toll,” said Eric Klinenberg, a sociologist who studied the tragedy and wrote a 2012 book, “Going Solo: The Extraordinary Rise and Surprising Appeal of Living Alone.”

Although there were more women than men in Chicago living in vulnerable situations, Klinenberg said, men were more likely to die. He attributed that to “social relationships that elderly women retain but that elderly men tend to lose.”

A 2012 study in Great Britain concluded that losing social contacts raises the risk of death for older people. But even the young can find social isolation deeply disturbing.

“Once social and upbeat, I became morose and mildly paranoid,” Jessica Olien wrote in Slate Magazine, about her life after she moved from New York to Portland, Oregon. “I woke up in the night panicked. In the afternoon, loneliness came in waves, like a fever.”

Jerry Fried, a Tudor City neighbor of Piotrowski who is in his 50s, said “living alone is what you make of it. It can be very fulfilling, it can be very lonely. I can get lazy and lie in bed all day. And then I think, ‘I have to get out and meet some people and see some things.’ You have to work at it.”

There has also been an increase recently in people in their 20s living alone, though it’s down slightly from its peak before the recession in 2008. 2013 marked new highs in living alone for people in their early 30s, while the 35 to 44 age group has dropped by 15 percent.

Amber Soletti, who lived by herself in New York City for 12 years, starting in her mid-20s, moved to Austin, Texas recently to live with her new boyfriend. “People move to New York to start a career and have fun – you’re not really thinking about settling down,” she said. “It’s all about convenience and if you can afford to live by yourself, you have everything you need right there. You never have to leave your apartment. I’ve been known to order a cup of coffee, and they would deliver it.”

Soletti, who started off as in marketing for the beauty industry, admitted feeling the need to meet more people and started an online dating service that kept her busy.

There’s a tendency to pity those who choose to live alone and imagine that they want more company, said Bella DePaulo, a professor at University of California-Santa Barbara, who specializes in the culture of single life and wrote the book, “Singled Out: How Singles are Stereotyped, Stigmatized and Ignored, and Still Live Happily Ever After.” But experts draw a distinction between those forced to live alone, who often becoming drained emotionally and financially, and those who choose the lifestyle.

DePaulo points out that single life in California offers year-round mild weather to enjoy hiking trails, festivals and street fairs. “It’s easy to meet people, but for those who love solitude, there are many opportunities to find it,” De Paulo said.

In fact, California cities dominate the list for the most people living alone: West Hollywood and Laguna Woods are both 63 percent one-person households, and Santa Monica is third at 49 percent. Miami Beach, Florida and Morgantown, West Virginia, are next at about half.

Klinenberg, the sociologist who studied the Chicago tragedy, agrees that single life is a happy one when people choose it. “Most of the people I talk to, when I ask why they live alone, they say ‘Because I can,’” said Klinenberg. “Living alone is a luxury. You’re better off doing it in a densely populated urban area that’s high in amenities. It’s more difficult if you live in a rural area or a suburban area designed for families.”

That can lead to loneliness. John Cacioppo, a University of Chicago professor who studies the health risks of loneliness, says the risk far worse than air pollution or obesity, affecting as many as 40 percent of older adults, according to recent studies he has reviewed.

“Living with loneliness increases your odds of death by 45 percent,” he said, citing a 2010 research study published in the Public Library of Science. But loneliness, he added, isn’t limited to people who live alone, since it’s defined as a perception of isolation.