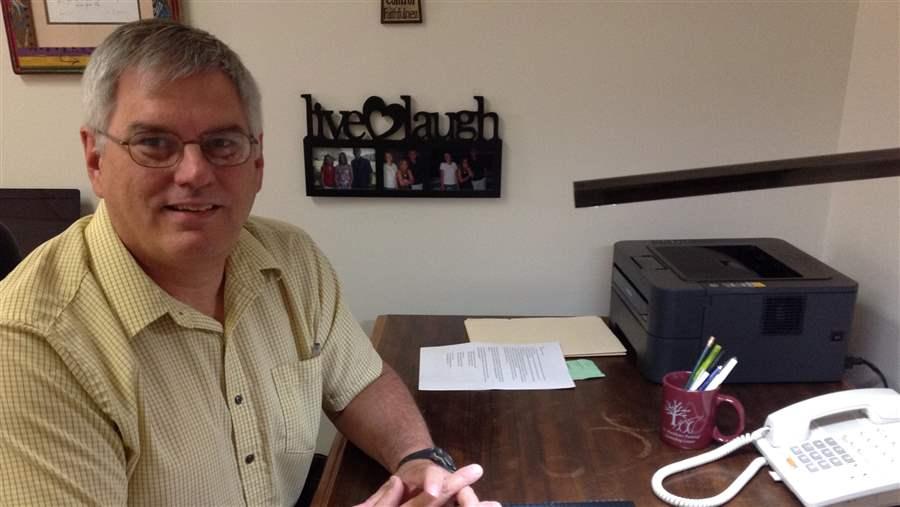 Mental health therapists most often leave issues of faith outside their office doors, even for patients who are religious. But one class of counselors believes a nonsectarian model doesn’t serve everyone equally well.

“On a feeling level, people want a safe, respectful place, to ponder the tons of questions that come begging in hard times,” said Glenn Williams, a pastoral counselor in Kentucky and chair of the Kentucky Association of Pastoral Counselors. “Where is God?  Why did this happen?  Is it karma, sowing-reaping, happenstance?  What purpose does this suffering serve?”

Williams, who works at the St. Matthews Pastoral Counseling Center outside Louisville, said many of his patients are quite “intentional” about their preference for pastoral counselors over other mental health professionals.

Kathy Milans, a pastoral counselor in Wilmore, Kentucky and chairman of the Kentucky Board of Licensure for Pastoral Counselors, said many pastoral counselors wanted the new law so they would be on an equal footing with other mental health professionals. “It just moved us up a notch professionally,” she said. “All the other helping professions had that license after their names, and we did not.”

But some are skeptical. Martin Cortez Wesley, chairman of the Kentucky Board of Licensed Professional Counselors and dean of counseling at University of the Cumberlands, said he wasn’t opposed to the new law but was puzzled by it. “To me, pastoral counseling is just a specialization,” he said. “We have specialization for people who counsel Latinos, but we don’t have separate licensing for counseling Latinos. I don’t see why they want it here.”

Counselors of a Different Stripe

Douglas Ronsheim, executive director of the American Association of Pastoral Counselors, said efforts to pass licensing laws in some other states, including Pennsylvania and New York, failed in part because clergy feared it might prevent them from providing the spiritual counseling they regard as essential to their calling.

But many pastoral counselors regard themselves as just another stripe of mental health professional, a group that includes licensed mental health counselors, marriage and family therapists, clinical social workers, psychologists and psychiatrists. Counselors of all kinds use some of the same treatment techniques, but their approaches also reflect the bent of their own disciplines. Most pastoral counselors operate outside of churches, and may see patients of different denominations or even different faiths.

Whatever their particular beliefs, spirituality is central to many Americans’ lives. For some of them, pastoral counseling can be the most effective approach, Ronsheim said. “For a long time, it seemed that mental health counselors were more comfortable addressing one’s sexual life than one’s spiritual life,” Ronsheim said. Pastoral counselors, he said, can fill that gap.

State Sen. Alice Forgy Kerr, the Lexington Republican who spearheaded passage of the Kentucky bill, said boosting the number of mental health providers, particularly in rural areas, was a major motivation. "Of course, any parishioner can now go and seek advice from his or her pastor, but we are talking about a professional degree," Kerr said.

According to the Health Resources and Services Administration, which tracks the health care workforce, Kentucky is among the states with the lowest per capita number of psychologists and mental health counselors. Nationally, the shortage of mental health service providers is more acute than other medical areas. According to HRSA, 89.3 million Americans live in federally-designated Mental Health Professional Shortage Areas, compared to 55.3 million Americans living in primary-care shortage areas and 44.6 million in dental health shortage areas. A Kaiser Family Foundation analysis found that the current mental health workforce is only able to meet about half of the nation’s demand for behavioral health services.

And demand is only expected to increase, thanks to mandates for mental health benefits in the Affordable Care Act and the implementation of the federal Mental Health Parity and Addiction Equity Act.

Pastoral counselors are not nearly as plentiful as other mental health professionals; the American Association of Pastoral Counselors has about 1,940 members, compared to roughly 7,000 members in the American Mental Health Counselors Association.

Even before the licensing law, “fee-based” pastoral counselors in Kentucky had to be certified by the state. The new law does not change those requirements.

Like other mental health professionals in Kentucky, pastoral counselors must be trained in psychotherapy and clinical practice. They also must have a master of divinity degree from an accredited program and an additional advanced degree related to mental health counseling. And they must complete 1,375 hours of supervised pastoral counseling, 250 hours of direct clinical supervision, and pass a written state examination.

Until now, many pastoral counselors have charged their patients sliding fees based on their income.

Because the law in Kentucky went into effect only a few weeks ago, it’s too early to tell what private insurers will do. Next door in Tennessee, which has longer experience with licensing, there is continuing resistance. Chris O’Rear, president of the Tennessee Association of Pastoral Therapists and executive director of the Pastoral Counseling Centers of Tennessee, said “it is a very slow process for insurance companies to recognize pastoral therapists.” O’Rear noted that some insurers never got rid of clauses that specifically excluded pastors from being eligible for insurance reimbursement.

But Williams said he is hopeful that Kentucky’s new law will make a difference.

“You get the sense now that students in the process are thinking that maybe I can make a go of it now, whereas heretofore, if you wanted to be a pastoral counselor, you were going to be in a tough sort of deal,” Williams said.