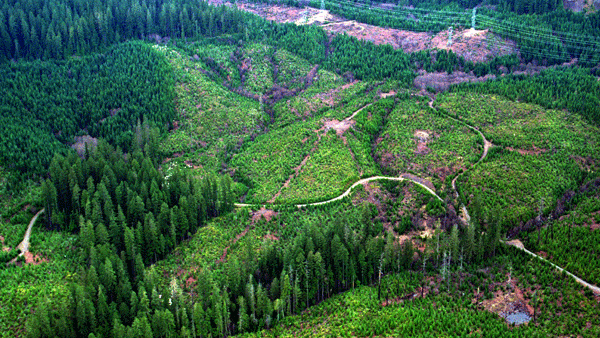 The Idaho legislature whacked state park funding by 80 percent at the height of the recession, leaving the Department of Parks and Recreation with little choice but to think outside the box.

Parks officials decided to replace the old $40 season pass with a $10 “parks passport,” good for admission to all 30 state parks. Under the new system, they automatically put the passport option in front of Idaho’s 2.5 million vehicle owners as they renewed their license plates each year. The gamble paid off: Last year, 95,800 people opted to buy the $10 passports, compared to 15,000 who used to purchase the $40 season pass each year. So far, the new passports have generated more than $1 million.

“We’re able to reach more people,” Jennifer Okerlund, communications manager for the parks department, said of the Department of Motor Vehicles opt-in. “Selling it for the discounted amount is very attractive to Idahoans, and they’re taking advantage of it.”

As the Memorial Day holiday opens the 2014 summer vacation season, state parks have had to get creative about ways to raise money because budget officers are being chintzier with tax revenue. State general revenue for parks has plunged from a nationwide average of 59 percent of park funding in fiscal 1990 to 33 percent in fiscal 2012. (see chart for 50-state data)

Park officials have scrambled to make up the difference, often by raising fees, such as the $1to $2 increase in campsite fees in Nebraska this year or the $5 to $10 increase for renting state-owned cabins in Alaska. Virginia imposed a nonrefundable $5 transaction fee on credit card charges and park reservations this year, and the Department of Conservation and Recreation was almost apologetic about it: “The increase results from a downturn in state revenues used to fund state government programs, including state parks. DCR staff considered many options and felt this to be the least burdensome on guests.”

State parks are growing more reliant on these so-called park-generated fees, which brought in 42 percent of state park funds in fiscal 2012 compared to 37 percent in 2008.

Passport to the Outdoors

Another source of park funding is the use of passports such as the one in Idaho. Okerlund said Idaho’s passport was modeled on Michigan’s “recreation passport.”

Adopted in 2010, Michigan’s annual pass also uses the state’s vehicle registration renewal as a launch pad. The registration system won’t let the user continue through the process until you choose whether or not to pay the $11 fee for the passport, which provides access to 102 state parks and 75 boat launches for a year.

Ron Olson, chief of parks and recreation in Michigan, said the “break even” point to match revenues from the old season pass was 17 percent participation of the 7.5 million vehicle owners. The first year, 24.7 percent opted for the passport; participation in 2012 hit 27.3 percent. “Our goal this year is to finish at 28 percent,” Olson said, noting there are millions more drivers still to appeal to. A marketing campaign is underway.

“It’s an opportunity to grow. It has an upside to it, like a business. We’d like to achieve 50 percent,” he said.

Margaret A. Walls, research director and senior fellow at Resources for the Future, which studies environmental economics, said the passports appeal to both outdoors-loving residents and government agencies.

“From the buyer’s perspective, purchasing a pass during the registration process may have lower

transaction costs than buying at a state park or going online to the state park system website,” she wrote in a report analyzing state park financing in 2013.

“Likewise, the administrative costs to the government associated with collecting the fees may be lower. Most importantly, the state park system reaches more potential people since all vehicle owners will have to make a decision whether to buy a pass.” 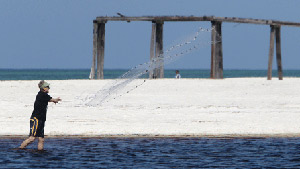 Montana was the first state to raise money for its state parks in this fashion. Since 2004, when residents renew their vehicle registration they are automatically charged a $6 state parks fee, which, the state reminds you, “costs less than one movie ticket or a couple of fancy cups of coffee.”

Drivers can opt out, but Montana makes it difficult. Residents have to go to the county treasurer’s office and sign a waiver that says they will not use that vehicle to visit any park. With this “opt-out’ system, 80 percent of Montanans agreed to pay a few extra bucks to support state parks.

Washington sells its Discover Pass for $30, and also lets the vehicle owner make a donation to several causes that include state parks and organ donation. Similarly, Texas added a line to its vehicle registration form asking people to donate $5 (or more) for upkeep of state parks; the state comptroller projects $1.6 million in revenue a year from the small donations.

Enthusiasm for state parks is high – 725 million visits were counted in 2013, according to the National Association of State Park Directors. The association argues state parks are an enormous value, costing $2.3 billion to operate while injecting more than $20 billion into local economies.

The innovative approaches to fundraising are keeping the parks operating, but they are not making a dent in a decades’ worth of backlogged repairs across 14 million acres.

In Michigan alone, Olson said the parks system has $310 million in needed repairs and improvements and only about $10 million is spent on infrastructure needs each year.

“At this rate, we’ll never be able to catch up with modernizing the system,” said Olson, who noted Michigan’s parks are approaching the century mark.

In Idaho, people are taking advantage of their new season passports and park visits are on the rise. Eagle Island State Park, for example, has drawn 75 percent more visitors than the pre-pass days. Okerlund said the parks agency considers the passport program to be a winner, but “we’re still bridging that financial gap” with maintenance, repairs and staff.

“It’s a huge success. People are coming to their state parks more often but there’s still that staff need, that maintenance need,” she said.