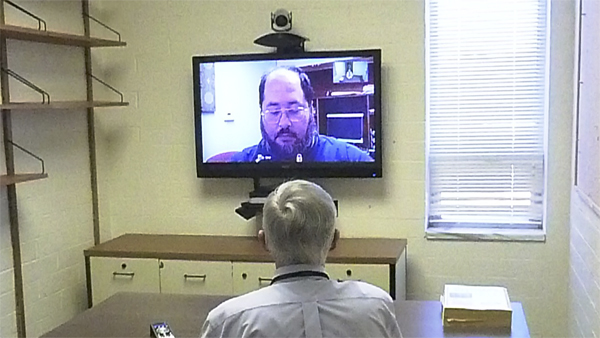 When emergency room patients are deemed “a danger to themselves or others,” every state requires hospitals to hold them until a psychiatrist conducts a face-to-face evaluation to decide whether it is safe to let them leave. In rural hospitals across the country, it can take days for a psychiatrist to show up and perform the exam.

Five years ago, rural hospitals in South Carolina illustrated the problem. On a typical morning, more than 60 people were waiting in the state’s emergency rooms for psychiatric exams so they could either be discharged or admitted for treatment.

Today the scene is quite different, thanks to a “telepsychiatry” program that allows psychiatrists to examine South Carolina patients through videoconferencing, reducing the average wait time from four days to less than 10 hours.  In 2010, North Carolina began rolling out a similar program, and a dozen other states, including Alabama, Kentucky and Wisconsin, plan to follow suit.

Five years after it was launched, more than 20 South Carolina hospitals are participating in the program, and psychiatrists have performed about 19,700 video examinations. According to a study by the University of South Carolina School of Medicine, the program has reduced the frequency of hospital readmissions and involuntary commitments. It also has improved compliance with follow-up treatments, and patient participation in drug and alcohol rehabilitation has doubled.

Overall, the study found, the program has reduced costs by about $1,400 per consult, or a total of nearly $28 million.

“Some hospital administrators are understandably skeptical at first,” said Ed Spencer, director of South Carolina’s telepsychiatry program. “But when they see the cost savings and patient and physician satisfaction rates, they usually change their minds.”

In North Carolina, which began its own program in the northeast section of the state in 2010, the Duke Endowment (which is based in Charlotte) kicked in an initial $800,000.  And last year that state’s legislature appropriated a total of $4 million to expand the program statewide starting January 2014.

When South Carolina embarked on its telepsychiatry program, most states already were using telemedicine in rural areas, but mostly for physical conditions such as heart disease and strokes. “We had heard about some isolated uses of telepsychiatry,” said Lin Hollowell, the Duke Endowment’s associate health director, “but not on the same scale we were thinking about. We wanted to build a statewide network.”

The system kicks in when an emergency room physician determines a patient needs a psychiatric exam. A call goes out to one of seven psychiatrists who are on duty between 8 a.m. and midnight, seven days a week, including holidays.  Once a psychiatrist takes the case, the patient’s medical records are made available and clinical notes are transmitted from the attending physician in the emergency department.

A cart equipped with a large television screen, a microphone and camera is wheeled into the patient’s room for the exam. During the session, which typically lasts 30 minutes, the psychiatrist can zoom in on the patient and tilt the camera at different angles to observe important physical indicators of mental illness and substance abuse, such as pupil dilation, facial tics and flushing and overall body movements.

Once the exam is completed, the remote psychiatrist reports back to the emergency room physician and if needed, an outpatient mental health facility designated for follow-up treatment. The report is also retained by the state telepsychiatry team in case they are called in again to examine the same patient.

In South Carolina, the psychiatrists who provide the service are full-time employees of the state mental health agency. In North Carolina, with more than double the population of South Carolina, they are private practice doctors who are reimbursed by Medicaid, other insurers and the state.

South Carolina’s $2.7 million program is now partially paid for through an annual hospital fee. Small hospitals with fewer than 75 beds pay $6,000 per year for 150 consultations; larger hospitals pay $20,000 per year for an unlimited number of consultations. Hospitals are in turn reimbursed primarily by Medicaid. The state legislature and the Duke Endowment continue to provide additional funding, although the total amount is declining.

This month, the Duke Endowment awarded South Carolina $750,000 and North Carolina $1.5 million to take its fledgling program statewide. North Carolina plans to offer the service to all of its 108 hospitals. Even in urban areas where more psychiatrists are available, the service has significantly decreased wait times in emergency rooms, said Mebane Rash, legal director at the North Carolina Center for Public Policy Research, which has studied the telepsychiatry program.

South Carolina has targeted rural hospitals. By the end of this year, Spencer expects six new hospitals to sign up, bringing the total to 26, out of the state’s 67 hospitals. More will be added next year, he said.

Nationally, the expansion of telepsychiatry and telemedicine in general has been slow, in part because of legal barriers. Medical licensing and malpractice laws vary across the states, making it difficult for doctors to practice across state lines.  In addition, Medicaid, Medicare and private insurers do not uniformly pay the same fees for services delivered remotely as they do for in-person services.

But of all the medical professions, psychiatrists are in the shortest supply – and most practice in urban areas. South Dakota, where only 15 percent of the need for mental health services is met, has the most severe shortage of mental health workers. Wisconsin is second worst with less than 21 percent of its need met, followed by Alaska (23 percent), Arizona (24 percent), Oklahoma (25 percent), Montana and Delaware (26 percent), New Mexico (30 percent), Connecticut (32 percent) and Maine (36 percent), according to federal data compiled by the Kaiser Family Foundation.

Only Rhode Island has enough mental health workers for its population. South Carolina and North Carolina rank somewhere in the middle, with only 55 percent and 52 percent of mental health needs met, respectively.

The supply of psychiatrists is expected to shrink in the future, because more are retiring than are entering the field.  “It takes a long time to mint a new psychiatrist,” said Kenneth Duckworth, medical director for the National Alliance on Mental Illness.

“Access to psychiatric input remains a crisis across the country,” he said. “Telepsychiatry represents an opportunity to extend the reach of psychiatrists.” Duckworth and other physicians say there are few downsides to telepsychiatry, although the field has not yet been thoroughly vetted.

“The major professional societies have not yet opined that this is identical to seeing the person in the room,” he said. But South Carolina’s Spencer, a mental health clinician himself, points out that psychiatry generally does not involve physical contact.

In the North Carolina study, Dr. Jody Osborne, emergency department director at Randolph Hospital in Asheboro, said, “It can be difficult to build trust,” when examining a patient remotely.  “Overall, though, I would say that the utilization of telepsychiatry has been an asset,” he said. “My hope for the future of telepsychiatry is that it can be expanded to local clinics, not just emergency departments.”