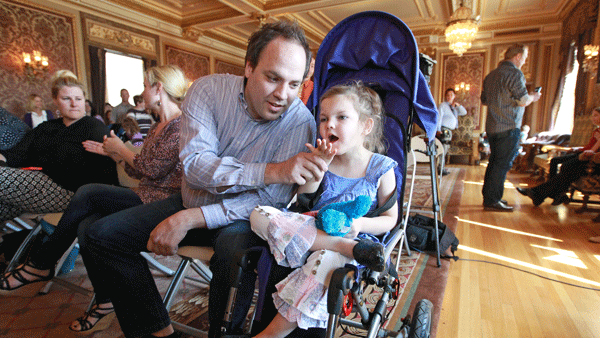 States also grappled with the question of who should receive a costly and highly effective cure for hepatitis C. A few states also launched programs aimed at controlling two of the costliest chronic conditions – asthma and diabetes.

And throughout the first half of the year, states still debated the highest-profile questions about the ACA: whether to expand Medicaid and how to improve their insurance exchanges.

Here’s a look at the top public health issues addressed in state legislatures this year: 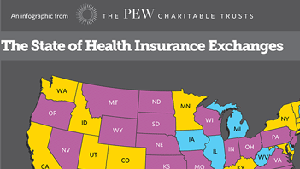 Responding in part to new laws in Colorado and Washington state that allow recreational use of marijuana, as well as growing public support for its decriminalization, lawmakers in at least 15 states considered broad medical marijuana measures this year. In addition, 16 state legislatures considered narrower bills, allowing the use of cannabidiol, one of the compounds in marijuana.

California voters ushered in the nation’s first comprehensive medical marijuana law back in 1996, followed by Alaska, Oregon and Washington in 1998, Maine in 1999, and Colorado, Hawaii and Nevada in 2000.

Over the next 13 years, a dozen more states and the District of Columbia enacted measures allowing the use of marijuana to treat conditions such as glaucoma and multiple sclerosis, and the nausea, pain and loss of appetite associated with diseases such as cancer and AIDS.

This year, Maryland and Minnesota enacted new laws, New York’s legislature is considering one and Florida voters will decide in November whether to approve medical marijuana.

If Florida and New York adopt medical marijuana laws, more than half of all Americans will live in states where the substance can be used to treat a wide variety of conditions and symptoms.

A new type of medical marijuana law emerged this year that limits use to one compound found in the plant, cannabidiol or cannabis oil, and restricts its use to epilepsy and a few other conditions. At least 16 GOP-led states have considered bills that would allow cannabidiol use.

Inspired by an August 2013 CNN program featuring a child whose parents claimed her severe seizures were all but eliminated by cannabidiol, these limited laws are not likely to increase access to the plant’s curative benefits because of restrictions on how they are dispensed, said Karen O'Keefe, director of state policies the Marijuana Policy Project, which advocates for decriminalization. But she said they may be the first step toward more effective laws.

Vermont’s Democratic governor Peter Shumlin devoted his entire state-of-the state address in January to a single topic: the rising tide of heroin and prescription drug abuse “in every corner” of Vermont.

“It is a crisis bubbling just beneath the surface that may be invisible to many, Shumlin said, “but is already highly visible to law enforcement, medical personnel, social service and addiction treatment providers, and too many Vermont families.”

His words resonated across the country. At least 35 state legislatures this year debated proposals related to the illicit use of prescription painkillers, particularly opioids such as hydrocodone and oxycodone. The most successful measures weren’t aimed at preventing the illegal distribution of painkillers, but keeping those who abuse opioids alive.

Many of the bills made it easier to obtain naloxone, a drug that can immediately counteract the effects of an opioid when someone is at risk of overdosing. Legislatures in at least 17 states considered measures that would remove restrictions to enable those likely to encounter someone undergoing an overdose – drug users, their friends and family members and emergency medical workers – to possess and administer naloxone without the threat of liability.

Louisiana, Maine, Minnesota, New York, Oklahoma, Tennessee, Utah and Wisconsin enacted such measures this year. New York approved a bill that awaits the governor’s signature, and California and New Jersey are still considering bills, according to the National Conference of State Legislatures.

Finally, a handful of states objected to the U.S. Food and Drug Administration’s approval of the opioid Zohydro, the first slow-release painkiller with hydrocodone that does not contain acetaminophen, which can be toxic to the liver. Critics argued that Zohydro would worsen an already catastrophic epidemic of opioid addiction.

Earlier this year, Massachusetts Gov. Deval Patrick, a Democrat, was stymied in federal court in his effort to ban the drug. Now, he and Shumlin have promised to use executive action to put restrictions on the sale and use of the drug.

The New Jersey legislature is debating a resolution that would ask the FDA to revoke its approval of Zohydro. Ohio is considering an outright ban, which would almost certainly prompt a court challenge. Pennsylvania tabled a similar proposal. 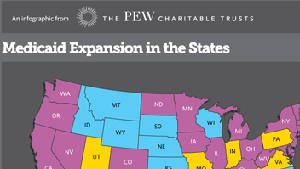 New York this year passed legislation requiring hospitals and primary care doctors to offer hepatitis C screening for baby boomer patients. A similar bill in Connecticut is awaiting the governor’s signature. The laws follow a recommendation from the U.S. Centers for Disease Control and Prevention that everyone born between 1945 and 1965 be tested for the infection, which afflicts as many as 3.9 million Americans. The Florida legislature killed such a measure, and Illinois is considering one.

States are also grappling with decisions related to a new generation of hepatitis C drugs that for the first time promise a cure rate above 90 percent. The drawback is that a single course of the treatment can cost from $65,000 to $168,000. The availability of those drugs and their high price creates a dilemma for states, which can hardly afford to pay for treatment for all Medicaid beneficiaries with hepatitis C or all infected inmates in state prisons, where the rate of infection is 17 percent compared to less than 2 percent in the general population. Some health policy experts believe the best way to eliminate hepatitis C altogether is to focus first on the jail and prison populations.

In the decade since e-cigarettes hit the market, sales have grown rapidly among both adults and children.  Often featuring candy-like flavorings, electronic cigarettes are battery-powered devices that simulate tobacco smoking by producing a vapor laced with nicotine.  According to the CDC, nearly 1.8 million middle and high school students say they’ve used them.

As a result, more than half of all states have moved to protect people from the potentially harmful effects of the nicotine-infused vapor. Meanwhile, the FDA proposed a rule in April that would regulate e-cigarettes the same way it does tobacco products.

Since 2010, legislatures in at least 39 states have passed laws prohibiting e-cigarette sales to minors. More than half of those laws were passed since 2013, according to the National Conference of State Legislatures. Bills in Delaware, Florida, Louisiana and Missouri have not yet been signed by governors.

Mississippi, which has the second-highest percentage of residents with diabetes in the nation, is taking steps to reduce the chronic disease’s devastating effects on the state economy. In January, Republican Gov. Phil Bryant, the University of Mississippi Medical Center and three private technology partners announced a plan to help low-income residents manage their conditions remotely through the use of telemedicine. The goal is to help them keep the disease in check and avoid unnecessary hospitalizations while remaining as active and productive as possible.

To make the project possible, Bryant signed a first-of-its-kind statute, requiring private insurers, Medicaid and state employee health plans to reimburse medical providers for services dispensed via computer screens and telecommunications at the same rate they would pay for in-person medical care. Other states are interested in duplicating the project.

To counter escalating asthma, the Missouri House passed an appropriations bill late last month that would allow Medicaid reimbursement for specialists to visit the homes of low-income patients with severe asthma to identify asthma triggers in those homes. Medicaid would also provide reimbursement for face-to-face sessions to educate severe asthmatics in the disease and ways to manage it. The Senate is now considering the measure.

If approved, Missouri would join a very small number of states, including Massachusetts, Minnesota and New York, that provide Medicaid reimbursement for asthma education or home assessments, or both.