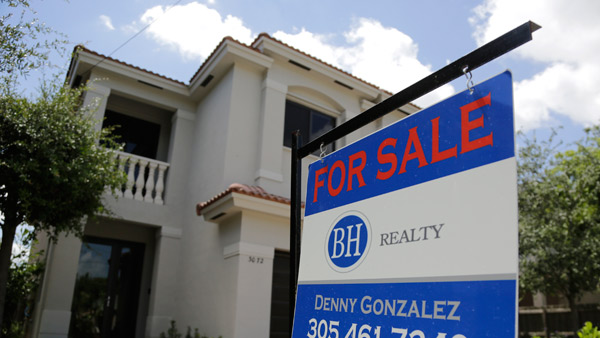 Nearly 70 percent of homes in Miami, like this one in the city’s Coconut Grove neighborhood, were purchased with cash in early 2014. Florida ranked first among states with the highest percentage of all-cash sales so far this year.

Cash is king, especially for those buying homes in Florida: A stunning 64 percent of all home sales in early 2014 in Florida were cash-only purchases.

New York (59 percent) and Alabama (56 percent) rounded out the top three states with the highest percentage of buyers plopping down cash instead of taking out mortgages to buy residential properties, according to new figures from RealtyTrac, a California-based firm that tracks and analyzes housing data.

Even in states such as Colorado, where only a third of home purchases in the first quarter of 2014 were all-cash transactions, the trend is evident.  Greg Smith, a Denver-area broker owner at RE/MAX Alliance, said “cash offers are winning the bidding wars” more and more often.

Fifty-four percent of the cash-only buyers were individual investors or people purchasing second homes, as opposed to buyers purchasing a primary residence.

“Strict lending standards combined with low inventory continue to give the advantage to investors and other cash buyers in this housing market,” said Daren Blomquist, vice president at RealtyTrac.

The average sales price of an all-cash purchase in the first quarter was $207,668, Blomquist said.

States with the Highest Percentages of All-Cash Sales

Who has enough cash to forgo a mortgage? Analysts say many are baby boomers who have sold homes already paid off and now want to downsize.  Retirees who can tap into their retirement accounts also are paying cash for second homes in places like Florida.

Other cash-only buyers borrow money from friends and family to purchase a property, and then take advantage of a rising market to “flip” the property, repay the loans with the proceeds of the sale, and pocket a profit, Blomquist explained.

Blomquist said the high percentage of all-cash buyers indicates the housing market recovery is for real and buyer confidence is restored. “Buyers are willing to put their own money on the line to buy properties instead of borrowing money from others to buy,” he said.

But there are downsides. All-cash buyers may be squeezing out some first-time home buyers who can’t afford to purchase a property without taking out a mortgage.  Buyers who have to borrow already face additional challenges:  Banks have tightened lending requirements in the wake of the recession, and many young people looking to buy a first home are hamstrung by student loan debt.

Many of the all-cash purchasers are foreign investors, who are snapping up properties in Miami, New York City and Las Vegas, where all-cash sales account for more than half of all sales, according to RealtyTrac.

Such investors consider the U.S. to be the most stable and secure country for investment by a wide margin of more than 50 percentage points over the second country, Germany, according to a 2014 survey of members of the Association of Foreign Investors in Real Estate. The trade group represents the foreign real estate industry. This is the widest margin since 2006.

Foreign buyers looking to purchase property in the U.S. have several reasons to pay in cash. For example, they are allowed to take out mortgages from U.S. banks, but if they go that route they must put down between 30 percent and 40 percent. Furthermore, many banks require foreign buyers to have $100,000 or more on deposit with the bank.  Some foreign buyers borrow money from an overseas bank to make a cash purchase in the U.S., and in RealtyTrac’s data, that transaction registers as an all-cash purchase.

Foreign investors are helping drive cash-only sales in all three of the states with the highest proportion of such sales:

Florida: Home values in Florida dropped 50 percent between 2006 and 2009, allowing investors and foreign buyers to snap up low-priced inventory, said John Tuccillo, chief economist at Florida Realtors®, a trade group. The housing market there continues to rebound, but rising sales prices will ultimately mean lower returns, prompting investors to eventually look elsewhere. For the first part of 2014, however, five Florida cities topped the list with the highest percentage of all-cash sales, among cities with a population of at least 500,000: Cape Coral-Fort Myers (74 percent), Miami (67 percent), Sarasota (65 percent), Palm Bay (64 percent) and Lakeland (62 percent).

New York: Foreign investors are flocking to New York City, which ranked first among U.S. cities and was second only to London as investors’ “top global city” for all types of property investment, not just homes, according to that 2014 survey of Association of Foreign Investors in Real Estate.  Nearly 60 percent of home purchases statewide in early 2014 were cash sales, RealtyTrac said.

Alabama: One possible explanation for the Alabama’s strong showing is the number of foreign companies that have major plants in the state. Automakers Mercedes-Benz, Honda, Hyundai and Toyota all have manufacturing operations in Alabama. Aerospace giant Airbus of France has operations in Mobile and Golden Dragon Copper of China has a precision copper tubing plant in rural Wilcox County.  One theory is that these firms’ top foreign officials are paying in cash for U.S. residences.

Foreign investment helps drive up property values, but the tendency of foreign buyers not to inhabit investment properties also troubles some urban planners, who worry about empty streets and a loss of community.

The all-cash trend may have peaked, according to RealtyTrac’s Blomquist. In the second half of 2014, he expects to see a greater proportion of buyers who have financing. “There is a finite pool of people who can pay cash,” he said.