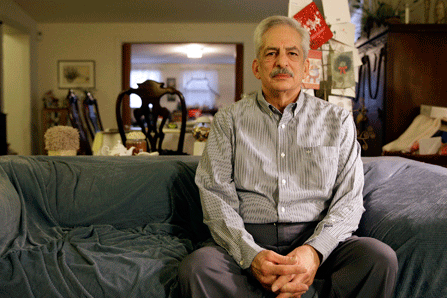 When manufacturers of cardboard boxes, wire bagel baskets and other products said they needed workers with technological expertise and strong social skills, Maryland officials agreed to set up manufacturing boot camps for recruits.

The eight-week sessions will train and test potential workers in financial literacy and anger management as well as in computer-assisted design and robotics. In the past, Maryland's job training programs prepared participants for broad categories of jobs, with limited success. Now the state is bringing together business and industry, colleges and local and state agencies in partnerships to create training programs for skills that employers actually need.

Industry partnerships are just one strategy states are using to fight persistent unemployment and a less-discussed but troubling trend: In every state and the District of Columbia, the labor force participation rate is shrinking. 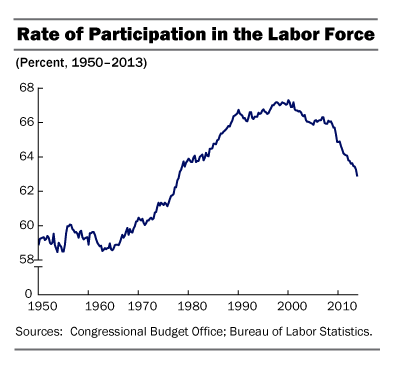 Despite a dip in the national unemployment rate to 6.7 percent at the end of 2013, 10 million Americans remained jobless. Over the last five years, the national job participation rate has dropped almost 3 percentage points, to 63.2 percent—the lowest level since 1978. In 2008, as the recession kicked in, the rate was 66.0 percent.

“What exactly these people are doing is the question,” says Susan Campolongo, an economist with the Bureau of Labor Statistics. That's a question many economists are trying to answer.

Economists debate why the labor force is shrinking. Some blame demographics. The first wave of boomers reached age 62 in 2008 and qualified for Social Security. Some stayed on the job when their 401(k) plans and home values plummeted in 2009 and 2010 but are retiring now that stocks and housing have partially recovered. There's also a trend for older retirees to re-enter the workforce. Some jobless workers are claiming Social Security disability benefits; those rolls have doubled in the last five years.

Fruitless job searches also lead the jobless to withdraw from the workforce. The Congressional Budget Office reported in February that “the unusually large number of people who have decided not to look for work because of a lack of job opportunities” has pushed workforce participation down. The trend is expected to continue through 2016.

Prime-age male workers leave the work force because they're frustrated with their job prospects and wages or no longer feel the need to hold steady employment, some economists said.

“The core problem in the United States is: Why have employment rates of 25- to 54-year-old men been slipping?” said Gary Burtless, a senior fellow at the Brookings Institution who researches labor market policy. He suggested there have been fundamental changes in the job market, in society's view of men and in men's attitudes toward work since 1960.

Men without a high school diploma were able to hold a stable career and support a family by working in construction and heavy manufacturing. Over the last few decades, many of those jobs have disappeared, and women have become more equal in the workplace.

“Men as a group now are put in competition with women for jobs” that once were male preserves, he said, such as banks.

“After we get out of this current downturn, but later in this decade and beyond, the principal reason why we think the economic growth will be less than it was for most of my lifetime will be a slower rate of growth by the labor force,” Elmendorf said.

CBO projects the workforce participation rate will continue to fall, dropping to 62.5 percent by the end of 2017.

What States Are Doing

To help the unemployed get back to work, at least 17 state legislatures passed laws regarding workforce development last year, said Qiana Flores of the National Conference of State Legislatures.

Maryland was one of them. The goal of its Employment Advancement Right Now (EARN) program is to train unemployed workers for specific jobs that employers are trying to fill, while teaching skills that will help them thrive far into the future. For example, EARN  will train welders for  current bridge and other construction jobs with an eye to preparing the workers for new jobs assembling and maintaining turbines in future offshore wind farms. The first of 40 to 70 turbines are expected to be up and running off Ocean City, Md., by 2018.

“In the past, when we've trained people at community colleges or other places for jobs, they were not the right job fit for jobs,” said Maryland Sen. Kathy Klausmeier, a Baltimore Democrat. “Now we have employers coming to the EARN program, telling us what specifically they need. This is a very, very big change for Maryland.”

Maryland lawmakers appropriated $4.5 million for the first year of EARN. It was the first state general fund money Maryland had devoted to workforce development in many years, said Scott Jensen, Maryland's deputy secretary of labor. Democratic Gov. Martin O'Malley requested and received an additional  $4.5 million for EARN for the next fiscal year.

Colorado, Pennsylvania, Washington and Wisconsin also have established public-private industry partnerships. Wisconsin Fast Forward will give up to $15 million in grants to employer-led training programs over two years to train jobless and underemployed workers. The first round of grants -- $2.6 million – was announced Feb. 14.

Other states are pursuing different strategies to boost workforce participation. Connecticut, New Jersey and Virginia were among states that passed laws aimed at helping veterans find employment. The Connecticut General Assembly unanimously approved expanding to all vets the state's Subsidized Training and Employment Program, known as Step Up. The state has invested $10 million over two years in the Step Up program, which provides tax credits and wage subsidies to employers. New Jersey's Helmets to Hardhats program, which is modeled on the national H2H program, helps vets find and train for jobs in construction. New Jersey offers $420,000 in grants for the program.

Virginia Values Veterans, a $450,000 program, aims to educate employers about the advantages vets bring to the workplace and to secure promises from employers to hire vets.  From June 2012 through February 2014, 180 companies pledged to hire 5,500 veterans. Of these, 3,300 actually had been hired, said Andy Schwartz, head of the program known as V3.

Connecticut increased its manufacturing apprenticeship tax credit. Indiana passed a Jobs for Hoosiers program, requiring claimants for unemployment benefits to make an in-person visit to the WorkOne office in the fourth week, and is working with new or expanding businesses to train and upgrade workers' skills. Missouri passed similar legislation and created a “New Jobs Tax Credit.”

Large state investment is rare. “The majority of states don't put state money into workforce development,” said Fred Dedrick, executive director of the National Fund for Workforce Solutions, which has raised $35 million over seven years from foundations to be used in local job training programs in 30 localities. In addition, he said, state workforce programs tend to come and go.

“Every time there's a new governor, a new program comes along,” Dedrick said.

Most states rely on funding from the U.S. Department of Labor to help the unemployed, and “the federal government has been cutting back year after year after year,” says Rich Hobbie, executive director of the National Association of State Workforce Agencies.

The Labor Department's employment and training budget has dropped from $7 billion to $6 billion since fiscal year 2010, according to the National Skills Coalition, which tracks federal funding.