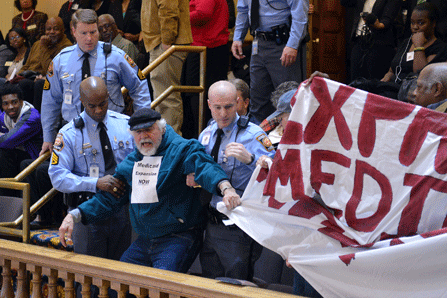 Protesters calling for Medicaid expansion are arrested for disrupting the Georgia state Senate in Atlanta. Many of the 24 states that have not expanded Medicaid under the Affordable Care Act are considering using federal dollars to help people purchase private insurance. (AP)

When Arkansas won federal approval to use Medicaid expansion dollars to help low-income people purchase private health insurance, officials on both sides of the aisle applauded the compromise.

For supporters of the Affordable Care Act, it meant coverage for the millions of uninsured Americans who live in states that have resisted Medicaid expansion under the ACA. For governors and lawmakers opposed to the law, it was a politically feasible way to accept billions in federal dollars and improve the overall health of their residents without embracing “Obamacare.”

Now, as more states craft their own versions of what is known as the “private option” – and Arkansas seeks revisions to its original plan – advocates are increasingly concerned that the private market approach to Medicaid expansion could erode the effectiveness of the Medicaid program.

At issue are so-called “wraparound” benefits, such as free rides to doctor's offices, designed to give low-income people the same kind of care and health outcomes as people with higher incomes. Such benefits typically are not included in private insurance plans. 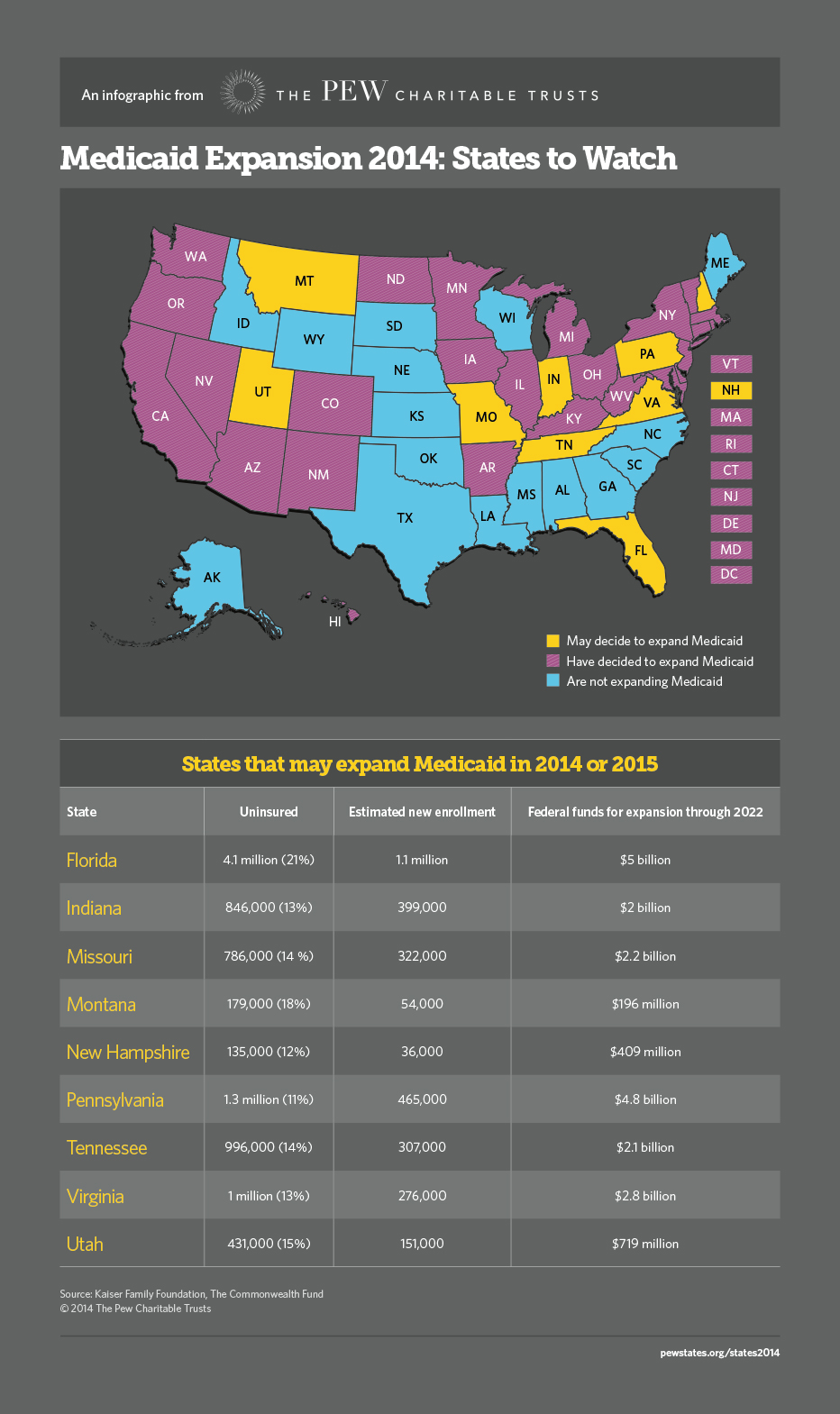 “Medicaid is different from private insurance for a lot of good reasons,” said Joan Alker, director of Georgetown University's Center for Children and Families. “Trying to make it look like private insurance without Medicaid's unique features could lead to worse health outcomes, increased hospitalization and more preventable deaths.”

Non-emergency transportation may be the most prominent “wraparound” benefit, but it is not the only one.

Other benefits include the periodic screening, diagnosis and treatment of children and young adults for conditions such as lead poisoning, malnutrition and mental illness, as well as limits on co-pays and premiums, which can prompt people to do without care. Medicaid agencies also are required to provide a consumer appeals process for rejections of eligibility and denial of claims.

Middle-class people with private insurance don't expect any of these benefits to be included in their policies. “But for low-income people with no discretionary income, these services make a huge difference,” said policy analyst Marsha Simon, president of Simon and Company.

Supporters of the private option argue that newly eligible Medicaid enrollees are better off with private insurance. They point out, for example, that Medicaid recipients with private insurance would be able to keep their coverage even if their earnings increase and they eventually make too much to qualify for Medicaid.

Republican lawmakers in Arkansas recently touted the denial of wraparound services—and the resulting savings to the state—as they gathered the conservative votes they needed to renew the private option.  The transportation benefit alone typically accounts for up to 2 percent of a state's Medicaid costs, or about $83 million for Arkansas.

But Simon argued that providing transportation actually saves states money because it allows patients to see doctors regularly in their offices—perhaps avoiding a health crisis requiring an emergency ambulance ride to the hospital.

According to a new report from the Community Transportation Association of America, authored by Simon and Company, 32 percent of all the rides in 2013 were for behavioral health therapy—and the demand for such services is expected to increase. In the states where Medicaid expansion is already underway, an estimated 1.2 million adults have substance abuse problems and more than 1.2 million suffer from mental illness, according to the group.

In approving Arkansas's original plan, the U.S. Department of Health and Human Services required the state's Medicaid agency to supplement private coverage for the newly eligible Medicaid enrollees by providing all wraparound services, which are mandatory under the 1965 Medicaid law.

But when it approved Iowa's plan late last year, the federal government allowed two exceptions: Iowa could eliminate non-emergency transportation for one year and charge nominal premiums and co-pays to new enrollees. Pennsylvania is asking for similar dispensations and some new ones, and Arkansas lawmakers now say they want what Iowa has.

So far, Arkansas has yet to formally ask for an exemption from transportation services, but discussions in the legislature suggest the state may soon request one. Pennsylvania's private option proposal includes an exemption from transportation services, as well as a request to charge premiums and copays. Next in line are New Hampshire, where lawmakers approved a private option and Democratic Gov. Maggie Hassan signed it, and Tennessee, Utah and Virginia, where officials are in the process of customizing their private option plans.

“I'd be really surprised if we see any more straight Medicaid expansions,” said Judith Solomon of the Center on Budget and Policy Priorities. “Every one of the remaining states wants to put its own stamp on it.”