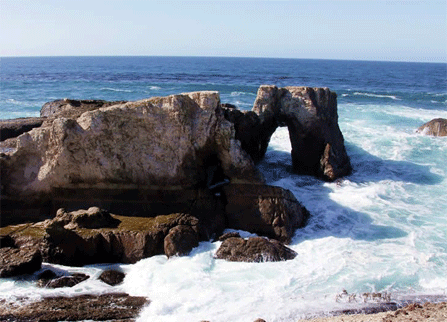 Point Arena-Stornetta in California is among scores of federal lands that are being considered for special protected status. (Credit: BLM)

POINT ARENA, Calif.—Life is quiet along this remote northern California coastline, unless you walk the craggy bluffs where surf pounds high against a rugged shoreline and seals honk from their rocky patios below.

The world-class vistas boast wildflowers amid long grasses, and rock sculptures rise from the tide pools. Known as the Point Arena-Stornetta Public Lands, it is a breathtaking landscape. And it is among the federal lands in numerous states that politicians and conservationists say are overdue for special protected status.

A single line in President Barack Obama's State of the Union speech indicated the waiting could end soon for at least some of these special places. He vowed to “use my authority to protect more of our pristine federal lands for future generations.”

Point Arena-Stornetta is teed up as a likely place for the president to use his authority. Local tourism boosters said that showcasing the coastal area as a national monument would enhance visibility and tourism to Mendocino County, which receives about 1.75 million visitors a year, which in turn supports some 5,000 jobs.

The president can create new national monuments on public lands using authority granted by the 1906 Antiquities Act. Obama's promise would beef up a conservation record that thus far has disappointed environmentalists, especially in light of a particularly stingy streak in Congress on protecting public lands.

As the 1964 Wilderness Act—passed by Congress to protect unique places—marks its 50th anniversary, some three dozen conservation bills await congressional action. They would designate more than 34 million acres as wilderness or other federal protected status, according to a tally by the House Natural Resources Committee minority staff.  The locations range from Arctic lands to Tennessee forests and Maine islands, from the Northern Rockies to Oregon scenic rivers, and New Mexico and Arizona mountains and deserts.

It's not just about beauty – lands and waterways under the Bureau of Land Management drew 57 million visits in fiscal 2012 and recreation activities contributed about $7 billion to local economies.

The current 113th Congress has so far echoed the 112th, which was the first in nearly five decades not to bring any federal acreage under the national wilderness umbrella, the highest level of federal protection.

“It's very disappointing,” said Kevin Dahl, senior program manager for the Arizona field office of the National Parks Conservation Association. “People think we've protected the best areas. But there are areas that still need to be taken out of potential development. They contain a richness of unique features, biological or cultural or historical, that need to be protected.”

Many communities have spent years hashing out conservation proposals among recreational, environmental, business, grazing, military and other interests. The proposals often incorporate existing uses, like grazing, while facilitating hunting, fishing and hiking.

The current conservation effort is playing out in a larger context of vigorous sentiments in some states against control by Washington. Utah's Gov. Gary Herbert, a Republican, signed a state law demanding federal lands in Utah be ceded to state control and sued the government over rights to the land. Arizona's legislature passed similar legislation but GOP Gov. Jan Brewer vetoed it, citing uncertainty for people holding leases on federal lands. 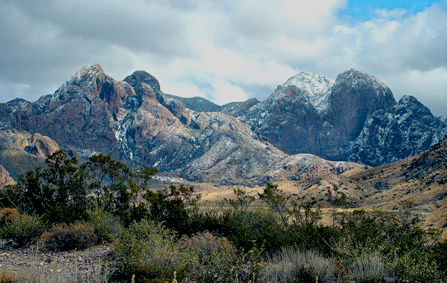 “The impression left was that she would recommend that Obama designate it under the Antiquities Act,” said Point Arena Mayor Doug Burkey. “It's been the topic of a lot of discussion. The people, and those of us at city hall, believe it's really beneficial. … It guarantees that land is going to stay the way it is.”

Legislation for Point Arena has passed the U.S. House, but not the Senate. Gov. Jerry Brown, a Democrat, has endorsed it.

Near Las Cruces, N.M., the Dona Ana County Board of Commissioners and local advocates seek an Organ Mountains-Desert Peaks National Monument. It would cover high desert, mountains, and grasslands where Billy the Kid and Geronimo hid out and volcanoes once flowed. Supporters cite a study conducted for the New Mexico Green Chamber of Commerce projecting the monument would drive $7.4 million in new economic activity for the region.

“We have some significant natural and cultural and historic resources, important for carrying forward into the future,” said Billy G. Garrett, chairman of the county board. “Calling these areas part of a monument helps people understand that there are special associations with them, that these are available to everyone.” Grazing rights would continue but some ranchers remain opposed.

Among many other public lands conservation proposals are:

Administration officials would not discuss which areas Obama might favor under the Antiquities Act. The administration will “continue to strongly support smart conservation measures that protect America's special places and promote tourism, businesses and economic growth,” said Taryn Tuss, spokesperson for the White House Council on Environmental Quality.

Obama has created nine national monuments. He also signed into law the landmark 2009 public lands bill, the last one passed by Congress, to protect more than 2 million acres of wilderness across the country. But he has set aside less acreage overall than Democratic and Republican presidents going back to Ronald Reagan.

Presidents often wait until late in their presidencies to name national monuments. Mike Matz, director of U.S. public lands for the Pew Charitable Trusts' Campaign for America's Wilderness, said the administration has indicated that it's likely the president will use the Antiquities Act to designate monuments before the midterm elections. (Stateline is funded by Pew)

From a strategic standpoint, former Interior Secretary and Democratic Arizona Gov. Bruce Babbitt said, the threat of an Antiquities Act designation can light a fire under Congress as it seeks to preserve its prerogatives to name monuments or wilderness lands.

Babbitt criticized Obama for not doing more, telling Stateline, “The Obama administration has not done a very good job with public lands conservation.”

Babbitt is urging Obama to at least balance the federal acreage opened for extraction with new protected lands. Critics complain that more than twice as much public land has been leased for oil and gas drilling as has been permanently protected during the Obama years.

Conservatives in Congress are wary of restricting public lands, and they oppose presidential declarations that unilaterally lock out activity like minerals extraction, logging and road building. Some Republicans have introduced bills to undercut the scope of wilderness rules and the president's executive powers.

Other lawmakers are turning to Obama as their conservation bills languish, especially in the GOP-led House. In January, 109 House members urged the Interior Department to consider their proposals as candidates for the Antiquities Act. Due to partisan wrangling, they wrote, “It's becoming nearly impossible for Congress to make critical conservation decisions.”