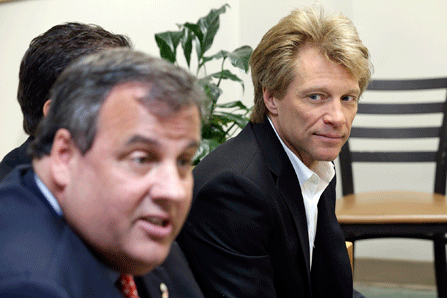 When Stephen Cardiges slipped into unconsciousness from a heroin overdose in the back of a Honda Civic two years ago, his two companions just kept driving around suburban Atlanta, hoping Stephen would come to on his own.

They didn't want to call 911 or the police, for fear of inviting their own arrests for drug use. But Cardiges, an Eagle Scout who planned to join the U.S. Navy after he turned 21 the following week, never regained consciousness. His brief life ended in the backseat of the Honda that Sunday summer evening, barely two miles from the nearest hospital.

Stephen Cardiges was another casualty in what can only be called an epidemic. According to the most recent data from the Centers for Disease Control and Prevention, there were 38,329 overdose deaths in the U.S. in 2010. Overdoses are the No. 1 accidental killer of Americans 25 to 64 years old, surpassing even traffic deaths.

Now states are taking action to prevent some of those deaths, many of which are attributable to heroin and the illegal use of prescription pain medications.

Seventeen states and the District of Columbia have passed “Good Samaritan” laws that grant limited immunity to drug users who seek help for someone who has overdosed, according to the Trust for America's Health (TFAH), a nonpartisan research and advocacy group based in Washington, D.C. The same number have expanded access to the medication naloxone (also known by its brand name Narcan), which can quickly reverse the effects of opioid overdoses and restore breathing to a stricken person.

Similar measures are under consideration in at least six other states (Maine, Michigan, New York, Ohio, Pennsylvania and Virginia).

In some states, such as Oklahoma and North Carolina, the measures are passing with the support of conservative Republican lawmakers allied with police and the families of overdose victims. They also carry the endorsement of the American Medical Association, the National Association of Drug Diversion Investigators, the U.S. Conference of Mayors and the American Public Health Association.

Not everyone is on board, however. Maine Gov. Paul LePage, a Republican, is opposing a naloxone access bill that is under consideration in his state's legislature, arguing that the availability of an antidote would only encourage more drug use. And last year, LePage vetoed a Good Samaritan bill.

Though the Good Samaritan laws vary slightly from state to state, their basic intent is the same: Anyone who calls for help in the case of an overdose can't be prosecuted for possession of small amounts of drugs or drug paraphernalia. However, the laws do not grant immunity for other crimes, such as drug trafficking.

The naloxone laws also vary somewhat, but the common goal is to make the medication more widely available. Naloxone is available only by prescription, but states have loosened the normal restrictions on such drugs to allow providers to prescribe naloxone to third parties, such as family members or friends of drug users. Some of the new naloxone laws allow community-based organizations and clinics to dispense it to anyone in need. The laws remove liability for prescribers and for non-medical providers who dispense it.

Naloxone may be injected into a vein or a muscle. It also can be sprayed into the nose via a special nasal adaptor. It is an especially easy drug for a lay person to administer, and more paramedics and police officers have begun carrying it with them. In the words of Corey Davis, a staff attorney with the Network for Public Health Law who has written about the need to improve access to naloxone, “It is almost a miracle drug.” Davis believes it should be sold over the counter to maximize access.

In North Carolina, where Republicans control the governor's office and the legislature, GOP lawmakers were at the forefront of successful drives to pass Good Samaritan and naloxone legislation last year. “I would like to do anything that cuts down on the number of overdoses from these drugs,” said state Sen. Austin M. Allran, the Republican who sponsored both bills after he was approached by Robert Childs, executive director of the North Carolina Harm Reduction Coalition (NCHRC).

Since the law went into effect in April, Childs said, NCHRC has documented the reversal of 45 overdoses thanks to the use of naloxone. His group has also dispensed more than 700 reversal kits in the last five months. 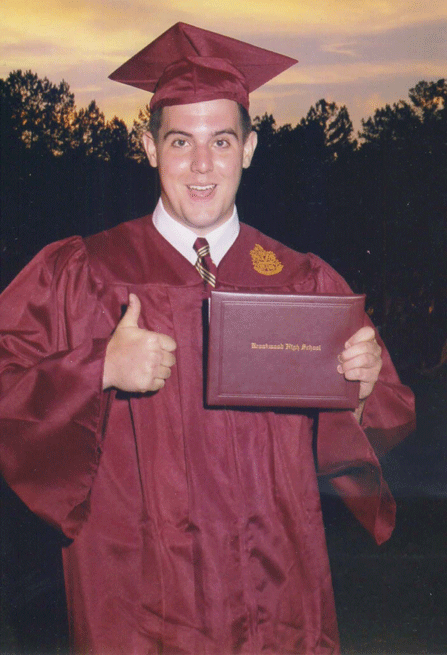 Stephen Cardiges in 2009, when he graduated from Brookwood High School in Snellville, Ga. Cardiges died from a heroin overdose in 2012 after his companions, fearing legal repercussions, declined to seek medical help for him. (Robin Cardiges)

The campaign that Childs organized included testimony and media interviews with people who had lost children or siblings to drug overdoses. The thrust of the outpouring was that young people struggling with drug use, pain management or experimenting with illegal or prescription drugs shouldn't have to pay the ultimate price.

“I don't want people not calling 911,” said Childs. “I want to lift the barrier to people doing the right thing."

North Carolina police had no trouble buying into that ethos. “The thinking in the way the bill was drafted is that it didn't encourage criminal activity but it did encourage the saving of people's lives,” said Eddie Caldwell, executive vice president and general counsel of the North Carolina Sheriffs' Association, which lent crucial support to the measure.

In Georgia, an effort is underway to mimic the success in North Carolina, including enlisting the sponsorship of Republican legislators and rallying sheriffs to the cause.

Robin Elliott of Atlanta, whose only child, 21-year-old Zack, died of a heroin overdose in 2011, said that one friendly aide in a congressman's office  advised her that getting the sheriffs involved in the Georgia effort would be a giant step toward success. “He said sheriffs were the most loved elected officials in most Georgia counties,” Elliott said. “He said, ‘If you get them on board, you're going to win.'”

States also are pursuing other strategies to combat the abuse of painkillers and heroin. In October, the Trust for America's Health listed 10 measures that states could take to combat prescription drug abuse. Good Samaritan laws and expanding access to naloxone were two of the measures TFAH listed. Other provisions include the mandatory use of prescription drug monitoring programs and the requirement that doctors examine patients before prescribing medications.

Only two states, New Mexico and Vermont (where Gov. Peter Shumlin, a Democrat, last month devoted his entire State of the State address to the “crisis” of illegal opiate use in his state), have adopted all 10 of the TFAH recommendations.

In an interview with Stateline, Robin Cardiges said she believes her son Stephen might have been saved if Georgia had had a naloxone law on the books two years ago. She's even surer that with a Good Samaritan law, Stephen's companions might have been willing to take him to a hospital for treatment. Instead he died, and they were charged with drug possession.

“I think that no one among us hasn't or won't make a deeply regrettable choice,” she said. “It shouldn't cost you your life.”