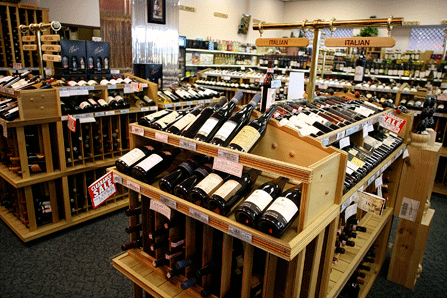 In Shrewsbury, Pa., near the Maryland state line, a square cinderblock building sports huge painted images of beer and soda bottles painted on the side. The sign on the private business reads, “Beer and Soda.” Pennsylvania Gov. Tom Corbett and some state legislators would like to add “Liquor” to that.

As it stands now, liquor is sold only in the approximately 600 stores run by the state.

The latest push to privatize liquor stores in Pennsylvania is among several proposals in state legislatures this year dealing with the sale of liquor, wine and beer. A similar attempt in Pennsylvania failed last year, as it has before, amid legislative squabbling. This time around, Corbett, a Republican, took a more subtle tack by only mentioning the issue in his State of the State speech, but declining to offer legislation and leaving it to lawmakers to put forth any bills.

Among the other liquor law changes being considered in states legislatures for 2014 are:

Most of the direct taxes on beer, wine and liquor are likely to remain untouched by legislatures in 2014, because of a general reluctance to raise taxes as the economy improves and as states consider tax cuts or spending increases.  A formidable liquor lobby also resists such taxes.

Tax Policy Center figures show states and localities took in a total of $6.2 billion from alcohol taxes in 2011, compared to $17.6 billion from tobacco.

But these other moves to tinker with liquor laws may well increase state tax revenues. For example, Washington state, which privatized liquor sales in June 2012, saw its alcohol tax revenues increase 9.7 percent as a result.

Alcohol tax collections for July 2011 to July 2012 were $242 million and increased to $265 million for July 2012 to July 2013, according to Kim Schmanke of the Washington State Department of Revenue. She attributed the rise to making it more convenient for consumers to buy liquor and the resulting increased sales.

“Our tax structure didn't change. Our taxes are exactly the same (as before privatization),” she said. “Private market forces influenced the pricing and that influenced consumer behavior.”

But while private store sales may lure more consumers, new state fees and distribution charges in Washington have pushed taxes and fees that consumers pay on spirits to $35.22 a gallon in 2013, from $26.70 a gallon in 2012, according to the Tax Foundation, a nonpartisan, anti-tax group.  The foundation noted that in general, however, the average tax on a gallon of spirits in “control states” is $11.12, and in privatized states, $5.51 a gallon. Washington state's sales tax on spirits is 20.5 percent of the selling price and $3.77 per liter.

In Pennsylvania, Wendell Young, president of the United Food and Commercial Workers Local 1776, which opposes privatization, said the state shouldn't expect a windfall in tax revenue if it turns over liquor sales to private businesses.

He said studies have shown it will take $1.4 billion to “unwind” the current state stores system and that the “best case scenario” would be that the state would pick up $800 million in new licensing and operation fees for the private stores.  Young said the union estimates 3,500 jobs would be lost if the state liquor stores close, and the existing private businesses that would take over sales won't replace that many jobs.

“They will re-allocate their current space and re-allocate the current workforce,” he said. “Our folks are going to be put out of work and very few of them will get hired in the retail stores.”

He argued that the current state store system is working well. “This benefits taxpayers whether they drink or not,” he said. “It's a solution in search of a problem. There is no problem.”

Charles Zogby, Pennsylvania's state budget secretary, said the state might get more revenue from private sales, but, unlike many states, Pennsylvania does not have a budget surplus this year, so the legislature might hesitate to move forward without a better guarantee that privatization would garner at least the same amount of funds.

The governor estimated the state loses $80 million a year to neighboring states, such as New Jersey, Delaware or Maryland, because of the inconvenience of buying at state stores in Pennsylvania, which forces consumers to go to more than one store to pick up beer, wine or hard liquor.

“We have to reform our antiquated system of state-owned liquor stores. Visitors often wonder about it – unless they're from Utah,” Corbett said in his State of the State speech, mentioning the only other state that has completely state-controlled alcohol purchases.

Utah has some of the most restrictive alcohol laws in the nation. The Mormon Church, whose members eschew alcohol, tobacco and caffeine, said recently it is opposed to making liquor more accessible because of what it sees as an invitation to more alcohol-related problems.

The church opposed proposals that would “weaken Utah's alcohol laws and regulations” including privatization of sales, increases in alcohol license quotas, sales of “heavy beer,” (over 3.2 percent alcohol) outside the state-controlled system and eliminating the requirement that restaurants do 70 percent of their business in food and 30 percent in alcohol.

A Matter of Convenience

Tennessee lawmakers recently took one step toward convenience, at least according to a Vanderbilt University poll that showed 66 percent of those surveyed favored allowing sales of wine in grocery stores. It is sold in private liquor stores now, along with spirits. The state Senate last month approved giving voters a chance to decide the issue in a referendum this fall.

The House approved similar legislation, but the two versions must be reconciled before the bill can go to Republican Gov. Bill Haslam, who said he would sign it.  The new law would take effect in 2016, to give liquor stores and grocery stores time to adjust.

In Minnesota, a Republican state lawmaker is pushing to allow all liquor sales on Sunday. State Rep. Jenifer Loon said the prohibition against Sunday sales is just that — a leftover from the Prohibition era that needs to be scrapped. Her bill would give localities the option of permitting Sunday sales or not.

“The law against Sunday sales has been in place since Prohibition ended,” Loon told Stateline. “It just doesn't reflect how people do their shopping. Sunday is a very busy day in the retail world for every product except liquor.” Currently, only low-alcohol beer can be sold in Minnesota grocery stores on Sunday.

Some smaller stores have opposed the change, saying it would be difficult for them to open another day each week.  “Some say ‘I don't want to be open on Sunday.' I say, ‘You don't have to,'” Loon said. “I don't think it's the state's role to determine that a particular type of store can't be open on Sunday.”

Democratic Gov. Mark Dayton said he would sign the bill.