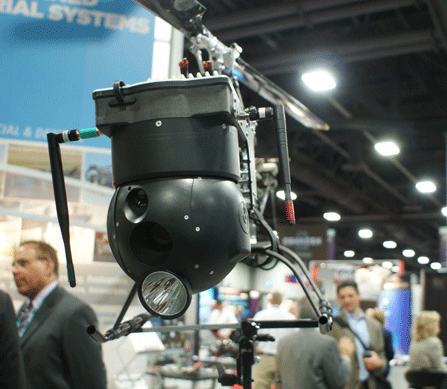 A year of revelations about the National Security Agency's domestic spying program has sent legislators back to statehouses determined to protect digital privacy.

States don't have the power to halt the NSA's activities. But state lawmakers already are proposing limits on how local law enforcement officers can access data, including emails, cellphone locations and license plate images. They're responding to a groundswell of citizen anger over the NSA data collection programs and growing concerns that government surveillance is infringing on civil liberties.

A majority of Americans wants stricter limits on the government's collection of communications data, according to a Pew Research Center poll taken last summer following the leak of classified documents detailing the NSA's surveillance programs by former government contractor Edward Snowden. The concerns are bipartisan: The same proportion of Democrats and Republicans said they are more worried about their civil liberties than they are about terrorism.

“People realize that local law enforcement agencies are tracking their cellphone locations and getting access to communication, so a lot of the anger that folks have about the NSA will get channeled into state legislation,” said Allie Bohm, policy analyst at the American Civil Liberties Union.  Two federal judges recently disagreed about whether the NSA's data collection program is constitutional, setting the stage for a possible U.S. Supreme Court battle.

State lawmakers are likely to focus on individual technologies, rather than trying to pass broad measures to protect digital privacy, Bohm said.  For example, states might place limits on how long police can keep data collected from license plate readers, which are scanners attached to police cars or road signs that take photos of each passing license plate, recording the time and location. They also might require police to get warrants before they examine cellphone data, and restrict government drone use.

“There are so many different facets of technologies that can be misused that lawmakers need to keep our heads on a swivel,” said Wisconsin state Rep. David Craig.

Police worry that if the restrictions go too far, technology will become less useful in solving crimes. But privacy concerns are widespread, and they have created unlikely allies: This year Craig, a Republican, is partnering with the Wisconsin ACLU and one of the most liberal members of the legislature to champion a bill that would limit police use of license plate readers.

“Privacy is going to be a recurring issue in states for several years,” said Craig.  “With the NSA data collection going on in, people are thinking, ‘if the feds can do it, my local and state officials can do it, too.'”

State lawmakers hope that eventually Congress will update outdated privacy laws, which didn't foresee developments like cloud computing, which allows users to store and manage information on remote Internet sites, or Facebook. For now, state lawmakers see it as their job.

“My constituents are upset, and we can't depend on Washington or wait for years for the courts to weigh in,” said Arizona state Sen. Kelli Ward, a Republican. Ward is drafting a bill to prohibit Arizona state agencies from providing or accepting assistance from the NSA. “It's my duty as their representative to do something about it."

License plate readers are a top priority for many state lawmakers. The images they capture are translated into computer-readable text and archived as a list of plate numbers. Then police compare the list of all the license plates with a list of plate numbers of stolen cars, suspects in missing person cases or overdue warrants. Private companies also use the cameras to find vehicles to repossess.

Police in most states have been using license plate readers for more than a decade. But the technology came under attack this year from the ACLU and lawmakers concerned that police were storing the data too long and could create a profile of anyone's movements over time.

Arkansas, Utah and Vermont put strict limits on license plate readers last year, and lawmakers in Missouri, New Jersey, Ohio and Wisconsin have proposed limiting or banning police use of the technology.

“These devices are taking people's individual information and images of their vehicle and there needs to be safeguards around that,” said Craig of Wisconsin. The state currently has no limit on how long police can keep records of license plate scans. The Milwaukee Police Department began scanning license plates in 2008 and has more than 9.6 million scans in its database, according to the Milwaukee Journal Sentinel.

Craig wants his state's law enforcement agencies to be able to keep scans that aren't related to crimes for only weeks or months, rather than years. Wisconsin police now store license plate and location information for at least seven years.

“It's not realistic to think that law enforcement will police itself when it comes to technologies like license plate readers,” said Hecht in an interview. License plate readers were used to track the Tsarnaev brothers after the Boston Marathon bombings.

Proponents of the technology are fighting back: Digital Recognition Network, a leading manufacturer of license plate readers, plans to file a federal lawsuit claiming that a ban on license plate readers, like the one passed in Arkansas last year, violates the First Amendment by restricting public photography.

As the technology gets cheaper and proliferates beyond big cities, more states are going to have to tackle these issues, said Craig.

“Every state's is going to have to look at this,” he said, “because their citizens are clamoring for it.”

State lawmakers also are looking to limit the information state and local law enforcement can get from cellphones. In an emergency, police in all states can directly request a cellphone location  from carriers and in some states, they can access email and social media posts without a warrant.  Location information is encoded in most social media posts and photos taken with phones.

Kansas lawmaker Rep. Brett Hildabrand, a Republican, wants to make sure that electronic mail and messages are afforded the same protections as paper mail in a physical mailbox. Hildabrand is sponsoring a bill that would require officers to get a warrant to access email, communications through social media, and cellphone locations. The measure would not require a warrant in active kidnapping or murder investigations.

In Virginia, Del. Bob Marshall, a Republican, is sponsoring similar legislation, but his bill also would require police to notify people if their location has been tracked. Those two components are in a Texas law that passed during the 2013 session, over objections from police.

Not only has the new law added paperwork, said Frederick Frazier, first vice president of the Dallas Police Association, but it's allowed criminals to walk free.

“This legislation came up because people were saying ‘I don't want NSA looking at my phone,' but the legislators got it backwards,” said Frazier, who lobbied on behalf of police officers during the legislative session. “They don't understand what they're doing to law enforcement because they only heard their constituents who are angry at the NSA. This bill ended up protecting the criminal.”

That's not how state leaders see it. “With law enforcement, there always has to be a recognition of civil rights, and that's part of this,” said Andrew Barlow, director of communications for Republican Lt. Gov. David Dewhurst, who recently asked the Senate state affairs committee to take a thorough look at the state's privacy laws and draft legislation.

“We have to make sure that we maintain an emphasis on civil rights and public safety, and we're constantly searching for that balance,” Barlow said.

For a more physical manifestation of privacy debates, look no further than domestic drones. These flying eyes-in-the-sky zoomed to center stage last year in state legislatures and aren't likely to leave the spotlight this year. Eight states passed legislation to limit law enforcement use of drones last year because, “people really get the privacy issues with drones,” said Bohm at the ACLU.

“From enhancing officer safety by exposing unseen dangers, to finding those most vulnerable who may have wandered away from their caregivers, the potential benefits are irrefutable,” the International Association of Chiefs of Police wrote in its guidelines on integrating drones into policing.

State environmental and transportation agencies also have asked to use drones or are already doing it. For example, Washington state's Department of Natural Resources explored the idea of using drones to help put out wildfires this summer.

The Draganfly X4-ES flies in an enclosed space at the annual conference of the International Association of Chiefs of Police in Philadelphia, Pa. (Maggie Clark/Stateline)

"During wildfires, flying unmanned aircraft for information-gathering purposes is potentially safer and cheaper than manned aircraft,” said department spokesman Matthew Randazzo, “and they may be able to provide more timely and in-depth data to our firefighters on the ground."

Amazon CEO Jeff Bezos announced in November that the online retailer plans to use drones to deliver packages in the coming years.

Congress has directed the FAA to integrate domestic drones into the national airspace by 2015, but states want to make sure that when drones are a fixture in the national airspace, they're not spying on citizens. The test sites will operate until at least 2017, according to the FAA.

“We're seeing lots of effort to put privacy protections in place before drones hit the skies,” said Bohm. “We could see the remaining 42 states considering it again this year, because people want to get ahead of the new technology.”