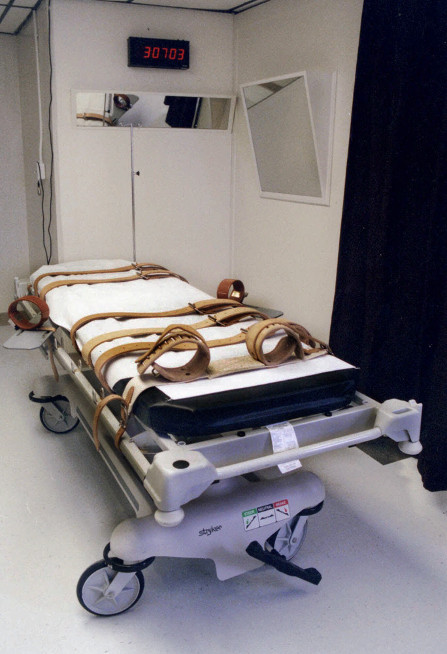 How should states decide if someone convicted of a crime has an intellectual disability, when the answer means life or death? This spring the Supreme Court will wade back into these murky waters, 12 years after it took the death penalty off the table for criminals with mental disabilities but left the details to the states.

In its 6-3 decision in Atkins v. Virginia, authored by Justice John Paul Stevens, the court prohibited states from executing anyone with “mental retardation.” Mental health professionals define it as substantial limitations in intellectual functions such as reasoning or problem-solving, limitations in adaptive behavior or “street smarts,” and evidence of the condition before age 18. (Mental retardation is the term used in law, but most clinicians and The Associated Press refer to the condition as intellectual disability.)

After the decision, most states stuck with the three-pronged clinical definition, but Florida, Georgia, Mississippi and Texas set their own standards. Under Florida's law, if you have an IQ over 70, you're eligible for execution regardless of intellectual function or adaptive behavior.

Freddie Lee Hall, who has been on Florida's death row for more than 30 years and scored in the mid-70s on IQ tests, is arguing the state's standard amounts to unconstitutional punishment.

Most likely, the case won't result in a dramatic shift in national criminal justice policy, but will further clarify who should and should not be eligible for execution, said Ronald Tabak, an attorney who has represented multiple clients with intellectual disabilities and chairs the American Bar Association's death penalty committee.

“There is no reason to think that the court is taking this case because the court loves that Florida is going against the norms of the mental health field,” Tabak said. “The more likely reason they granted (judicial review) is …to say there are certain basic things about intellectual disability that you can't exclude from consideration.”

That's not the way Florida Attorney General Pam Bondi sees it. The Atkins decision, she wrote in her brief to the Supreme Court, “expressly left the task of defining retardation to the states,” and Florida is free to adopt its own standard for determining who is intellectually disabled.

“Freddie Lee Hall faces a death sentence for the 1978 murder of Karol Hurst, and Florida courts have found that he is not intellectually disabled,” said Bondi. “We will urge the U.S. Supreme Court to uphold Hall's sentence.”

The court's makeup has shifted since the 2002 Atkinsdecision. But if the justices split along ideological lines, the vote could favor Hall, assuming that swing vote Justice Anthony Kennedy sides with Hall, as he did with Atkins in 2002. Arguments are set for March 3.

These cases are percolating beyond Florida. In Georgia, death row inmate Warren Hill is fighting execution but he cannot prove he is intellectually disabled beyond a reasonable doubt, even though both the defense and prosecution agree he is.

Last year, Texas decided that Marvin Wilson, who was convicted of killing a police informant, did not have an intellectual disability based on the clinical definition set by mental health professionals, and also an anecdotal seven-part test written by the state's highest criminal court to test adaptive behavior--the "street smarts" prong of the clinical definition. Wilson's IQ scores ranged from 61 to 79. But on the anecdotal test which measures whether the person formulates plans or acts impulsively, shows leadership or is led by others, responds coherently or rationally, or can lie effectively in his own or others' interests, Wilson scored in the normal range. That anecdotal test, which cites the example of the fictional character Lennie from John Steinbeck's novel “Of Mice and Men” to illustrate someone who might fit the description of intellectual disability, is unique to Texas.

In 2010, Virginia executed Teresa Lewis for her role in a murder-for-hire scheme, even though she had an IQ of 72 and her co-conspirators admitted Lewis did not plan the murder.

These are the types of cases advocates want the Supreme Court to revisit. “It's our hope that the court will clarify that states must use the clinical definition for intellectual disability…not only for current cases but for future cases, too,” said Margaret Nygren, executive director and CEO of the American Association of Intellectual and Developmental Disabilities.

Freddie Lee Hall was convicted of co-planning and carrying out the murder of 21-year-old Karol Hurst in Leesburg, Fla., in 1978. After spending the day scouting the parking lot of a local grocery store with his partner, Mack Ruffin, Hall forced Hurst, who was seven months pregnant, into her car and drove her into the woods. There, Ruffin sexually assaulted and shot Hurst. A jury convicted Hall of first-degree murder for his role in the murder scheme.

Since Hall was sentenced to death in 1981, he has made multiple appeals based on his low IQ, which varied from 71 to 80 depending on the tests and their margins of error.

“He has been the same ever since I've known him, and he has the mind of a child,” said his attorney, Eric Pinkard, who has been working with Hall since 1999.

In multiple hearings to prove his intellectual disability, Hall's family and longtime friends testified about Hall's struggles with reading, writing and caring for himself and recounted how Hall experienced abuse, starvation and torture as a child. The Florida courts decided that even though Hall had limits in functioning and adaptive behavior, because his IQ scores were not below 70, Hall was not intellectually disabled and could be executed.

It's these borderline cases where the individual state implementations matter, said Nygren. “Intellectual disability, like genius, is on a continuum,” Nygren said. “It's challenging for states to legislate that this person is ‘in' or ‘out.'”

Still, the court shouldn't wade too much into the specifics of setting protocols to define intellectual disability, said Kent Scheidegger, legal director of the Criminal Justice Legal Foundation, which advocates for victims of crime.

“If the Supreme Court gets into issues like these and declares them to be federal constitutional mandates,” Scheidegger said, “we will have a long stretch of litigation as the high court resolves one issue after another, never reaching the end.”

Making that determination is generally subject to clinical judgment, said Nygren.  “Clinicians must pick scientifically valid tests that are culturally relevant and standardized, but also individualized,” Nygren said. “For instance, if someone's been in jail for last five years, it's hard to evaluate if they're good at managing money since they don't have money to manage. That's where clinical judgment comes in.”

Beyond IQ tests, the disability manifests in limitations in learning and reasoning, and difficulty with social skills, personal care and language. These factors are just as relevant as an IQ test score, which, said Nygren, “is never going to give you 100 percent (certainty), even though that's the expectation placed on the test.”

Advocates like Nygren want the court to require states to pay more attention to margins of error when determining intellectual disability. Leaving the determination of mental disability to the states, “has given states a lot of leeway to do mischief with the definition of intellectual disability,” said Brian Kammer, executive director of the Georgia Resource Center, which provides free legal services for death row inmates.

For instance, Georgia requires defendants to prove their intellectual disability “beyond a reasonable doubt,”  the highest standard of proof in the criminal justice system. Georgia is the only state that requires such a high burden of proof and the legislature is considering lowering the standard in the next legislative session.

Still, the Atkins decision has had an impact on executions. At least 98 people have had their death sentence changed since 2002 by proving that they were intellectually disabled, according to data from the Death Penalty Information Center. By their count, in the 18 years before the Atkins decision, at least 44 people who likely suffered from intellectual disabilities were executed.