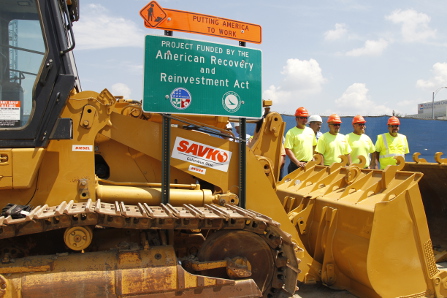 States' overall spending declined for the first time in 26 years in fiscal year 2012 as federal stimulus money dried up, according to a new report by the National Association of State Budget Officers.

However, NASBO expects the 1.7 percent decrease between 2011 and 2012 to be a temporary blip. Although final numbers are not yet available, the group estimates that total state expenditures were up 4.7 percent in fiscal year 2013.

State expenditures of federal money declined 9.1 percent in 2012, more than offsetting a 2.2 percent increase in states' spending from general and other funds. The reason was revenues: State tax revenues increased $23.3 billion in 2012, while the federal dollars flowing to states as part of the American Recovery and Reinvestment Act declined by $63.4 billion.

“Our report shows that while state budgets are growing, the growth is still quite modest,” said NASBO Executive Director Scott Pattison. “States will continue to adjust to what many call the ‘new normal' of slower growth for state finances. “

Medicaid is the largest single spending category in state budgets, though some of that money comes from the federal government. K-12 education spending is the largest budget item for states when only state dollars are considered. According to the NASBO report, Medicaid represented 24.5 percent of state budgets, up from 23.9 percent in both 2011 and 2012. Elementary and secondary education declined slightly from 20.1 percent of state budgets in fiscal 2012 to an estimated 20 percent in fiscal 2013.

The report predicts that in fiscal 2014 and beyond, states will continue to contend with slow economic growth and uncertainty about federal funding. Many state budget officers and governors have expressed frustration about the difficulty in planning state budgets as Congress careens from one fiscal crisis to the next.

On Capitol Hill, House and Senate negotiators are engaged in talks about whether, or how, to modify the next round of scheduled across-the-board sequester cuts. The outcome of those talks could greatly affect state budgets, but that will not be known for at least the next few weeks.

Meanwhile, states are juggling pent-up demands for the money they do have and worrying about whether revenues will keep up. “States are … hopeful that spending and revenue will continue to grow moderately along with the national economy and the budget volatility of recent years will subside,” NASBO said in its report.