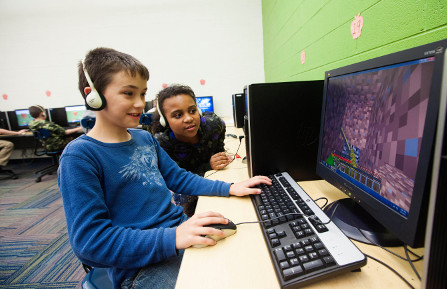 A growing number of states are expanding the way they use student and school data. Teachers easily tap into data about their students' performance to adjust how they teach, and parents can log into networks to learn how their children are doing, according to a new report by the Data Quality Campaign, a Washington-based nonprofit that advocates using data to improve student achievement.

Along the way, questions about student privacy and other concerns are mounting.

Among the report's findings:

The survey of state programs was taken in the summer and includes results from the District of Columbia and every state except California, which declined to participate.

Aimee Rogstad Guidera, executive director of the Data Quality Campaign, said the survey showed the focus has now shifted from collecting data in the schools to actually using it.

“State leaders increasingly recognize that empowering parents, educators and policymakers with the right data at the right time in the right format better ensures our young people graduate from high school prepared for postsecondary education and careers,” Guidera said.

The report also highlights challenges for schools and states handling student data, such as the need to ensure privacy. Oklahoma, for example, passed legislation this year establishing safeguards around the collection and use of student data.

Elsewhere around the country, several states that had signed up to work with inBloom, an Atlanta-based nonprofit that collects and stores student data for school districts, have since backed off over security concerns. In New York, parents are suing to stop the state education department from working with inBloom.

Parents have expressed concerns about inBloom's plan to place student data on a cloud-based data system accessible through the Internet. The group said its system is secure, and that school districts will be able to manage and control their own data.