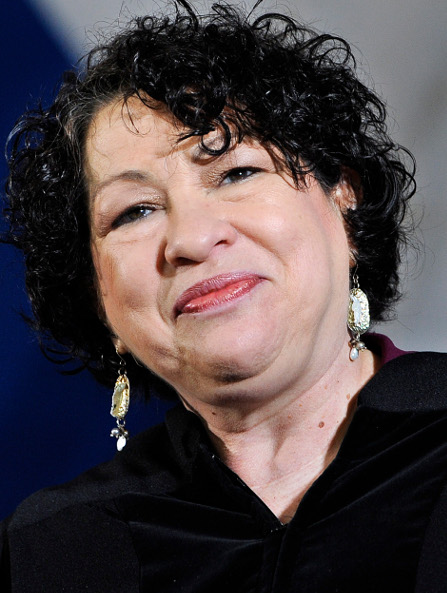 U.S. Supreme Court Justice Sonia Sotomayor. During Wednesday's arguments in a California case, Sotomayor seemed to suggest that police need a warrant to search an apartment if one tenant gives permission but the other denies it and then leaves the apartment. (AP)

The U.S. Supreme Court on Wednesday considered whether police should be allowed to search an apartment if one resident says ‘no' and leaves the home, but a roommate says ‘yes.'

The case, which stems from a gang-related robbery in California, could have broad implications for anyone living in an apartment, and potentially create new state guidelines for police officers investigating crimes. The decision could also settle disagreements on searches between state and federal courts in California, Colorado, Wisconsin, New York, Michigan, Oregon and the District of Columbia.

On October 12, 2009, the Los Angeles Police got a tip that Walter Fernandez, a suspected member of a gang known as the Drifters, had assaulted another man and had fled back to his apartment. When officers got to the apartment, they heard screaming and fighting through the front door.

The officers knocked and Roxanne Rojas, Fernandez's girlfriend, answered the door, holding a baby and looking bruised and bloodied. Police asked her if anyone else was at home and if they could search the apartment. Fernandez stepped forward and refused the search.

Police arrested Fernandez for the gang assault and left Rojas and her son to recover. About an hour later, after Fernandez had been taken away, one of the officers went back to Rojas, told her Fernandez had been arrested and asked one more time if they could search the apartment. Rojas said yes and signed an affidavit.

Police found a sawed-off shotgun, gang-affiliated clothes, ammunition and a knife when they searched the apartment, which they presented as evidence that Fernandez was guilty of the assault. Fernandez argued that the evidence was seized illegally.

So does the warrantless search run afoul of the Fourth Amendment prohibition against unreasonable search and seizure?

Justice Sonia Sotomayor seemed to agree that the search was illegal. “There was probable cause in this case,” Sotomayor said. “Just get a warrant. I don't know why that's difficult for police officers to understand.”

The justices' questions mainly revolved around whether or not Fernandez's refusal was still valid after he'd been arrested, and whether his rights to refuse a search trumped Rojas' right to invite the police into her home.

“Her authority to protect her family should not be held hostage by an absent co-tenant,” said Louis Karlin, the attorney for the state of California and the police officers.

But Fernandez's attorney Jeffrey Fisher disagreed, arguing that Fernandez's right to refuse a search “has to be valid until it's impossible to enforce,” which would likely be until he was convicted of a crime and in prison.

Should the state of California win, defense attorneys worry the decision will further erode trust between communities and police.

“When the citizen advises the police of his choice (not to allow a search) and the police, rather than respect that decision, override it and enter his home nonetheless, it sends a clear message that individual choice will be respected only when it suits the government's purposes,” wrote attorneys representing the National Association of Criminal Defense Lawyers, in an amicus brief.

“When a citizen's request does not fit the purposes of the government, the police will engineer other means to the same end,” the attorneys wrote.

This concern was echoed by Justice Elena Kagan, who worried that police could just arrest someone to remove them from the premises and then search a house.

Depending on the court's decision, police procedure on searches could change dramatically. “This could create a huge complication for officers because they would have to find out if at any time a co-tenant had refused a search,” said Chief David Spotts, chief of the Mechanicsburg Police Department and executive board member of the legal officers section of the International Association of Chiefs of Police.

“What if they'd told a different police department that they refused a search? If the ruling is for Fernandez, I think this becomes a really complicated procedure for police to navigate in future situations with cotenants,” Spotts said.

This case would have particular resonance in college towns, big cities or anywhere else with large concentrations of people living in apartments with multiple tenants. State courts in Colorado, New York and Wisconsin and four federal circuit courts have issued rulings allowing the police to search without a warrant as long as one tenant grants permission, after the refusing roommate left the apartment. The 9th U.S. Circuit Court of Appeals, a Michigan federal court, an Oregon state appellate court and the District of Columbia appellate court have issued opposite rulings.

The U.S. Supreme Court will issue a decision in the case next year.