"To us in America, the reflections of Armistice Day will be filled with solemn pride in the heroism of those who died in the country's service and with gratitude for the victory, both because of the thing from which it has freed us and because of the opportunity it has given America to show her sympathy with peace and justice in the councils of the nations."

Veterans Day originated as “Armistice Day,” proclaimed by President Woodrow Wilson on November 11, 1919 to mark the end of World War I and to honor the men and women who served in that conflict. Congress established it as a national holiday seven years later.

In 1945, World War II veteran Raymond Weeks suggested expanding Armistice Day to celebrate all veterans, not only those who died in World War I.

President Ronald Reagan honored Weeks with the Presidential Citizenship Medal in 1982 as the driving force for the national holiday.

Stateline, the daily news service of the Pew Charitable Trusts, has been reporting on veterans' affairs. 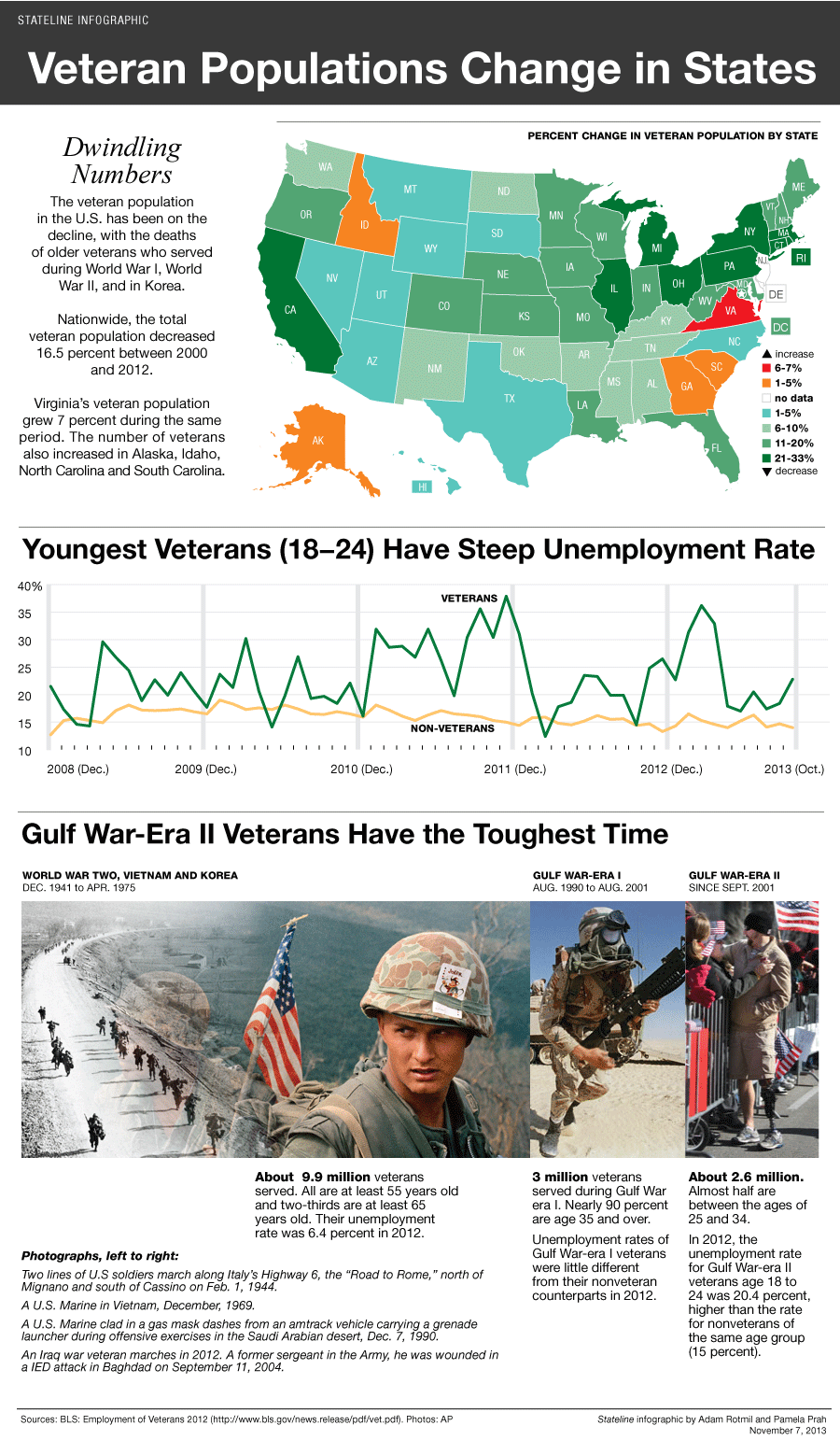