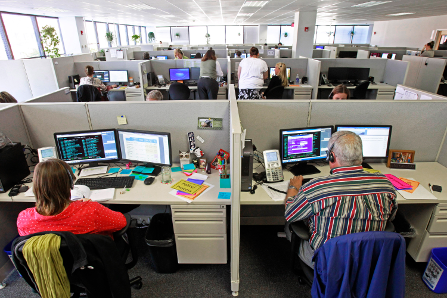 Texas leads the nation in the number of residents eligible for tax credits to reduce the cost of buying health insurance on the new exchanges, according to an analysis released Tuesday by the Kaiser Family Foundation.

Texas has 2.5 million eligible residents followed by California with 1.9 million and Florida with 1.6 million. Vermont has the fewest number of residents eligible for the tax credits with 27,000.

The report estimates that overall 17 million Americans qualify for the credits, nearly six out of 10 potential buyers on the exchanges.

Eligibility for the tax credits is based on income. Those qualifying must earn between 100 and 400 percent of the federal poverty level (between $23,550 and $94,200 annually for a family of four) and be ineligible for health coverage from an employer or from Medicaid.

The new analysis also estimates that nearly 29 million Americans could potentially buy insurance on the exchanges, including those previously uninsured and those who now buy private insurance on their own.

The Congressional Budget Office has estimated that 7 million people would enroll in health plans on the marketplaces in the first year, and that 6 million of them would receive tax credits. Based on its analysis, Kaiser estimates that one quarter of potential enrollees would participate in the marketplaces in 2014 and 35 percent of those who qualify for the tax credit.

Kaiser lists several reasons why the number of people who take advantage of the tax credits might vary among the states. One is computer problems with websites, which could discourage potential customers. The states with their own marketplace websites are having fewer start-up difficulties than the barely functioning federal website, which serves 34 states.

States with their own exchanges also are doing more outreach to encourage potential enrollees to sign up.