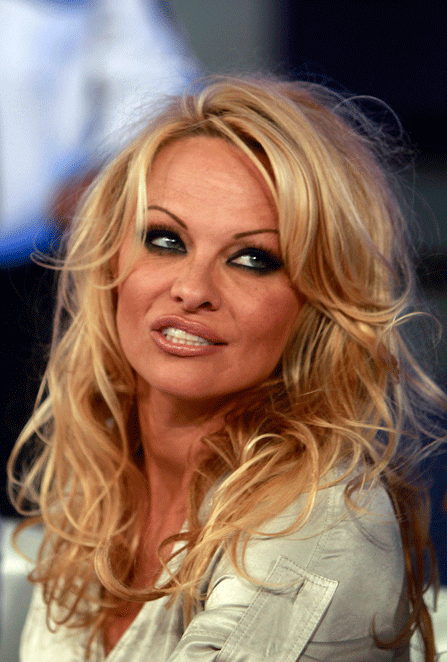 In New York, state tax scofflaws now have a stark choice: pay up or lose your driver's license.

Since New York launched a new program targeting tax delinquents last August, the state has picked up $4 million in back taxes, out of an estimated $26 million owed, according to state officials. The program, which is set to end in the middle of November, applies to taxpayers who owe more than $10,000.

“Our message is simple: tax scofflaws who don't abide by the same rules as everyone else are not entitled to the same privileges as everyone else,” New York Gov. Andrew Cuomo said.  “We're providing additional incentives for the state to receive the money it is owed and we're keeping scofflaws off the very roads they refuse to pay their fair share to maintain.”

Other states also have used the threat of license revocation to chase down tax scofflaws. Louisiana, for example, is threatening to revoke driver's licenses as part of a tax amnesty program slated to run until mid-November, and California pursued the same strategy two years ago.

Since 1982, 46 states have implemented some kind of program to shame, punish, incentivize, forgive or otherwise chase down state tax scofflaws, according to the Federation of Tax Administrators, a Washington-based research group that provides information to state tax officials.

It is difficult to pinpoint the total amount of unpaid state taxes nationwide. However, if the delinquency rate for federal income taxes—21 percent—is applied to state income taxes, which total $400 billion, the lost revenue would amount to about $84 billion.

The incentive for states to collect unpaid taxes was particularly strong during the recession.  The budget situation has brightened in most states, but many of them have continued to strive for more revenue from those who owe.

“The states are still in a recovery mode from the last several years,” said Kathleen Thies, an analyst for the financial firm CCH, which tracks state taxes. “The state coffers are still pretty light. Maybe the same percentage of people are not paying their taxes, but states are going after them more aggressively.”

In New York, the Department of Taxation began its program by mailing letters to 14,000 tax debtors, giving each of them 60 days to settle their tax debts or create a payment plan. Then it sent second letters to those who failed to respond, and it is about to send final warning letters. This week, the state will begin to suspend driver's licenses.

New York is not offering any formal amnesty, but the state tax department website does dangle a carrot: If the delinquents pay up under the “voluntary disclosure and compliance program,” they can work out a payment plan for the taxes and interest owed. They also can avoid penalties and possible criminal charges by pledging to pay their taxes on time in the future.

Connecticut is offering to forgive penalties and interest as an incentive for delinquent taxpayers to come forward. Instead of license revocation, it is threatening to double penalties for those who don't come clean.  Sarah Kaufman, director of communications for the Connecticut Department of Revenue Services, said the state is hoping to collect $35 million in back taxes by Nov. 15, and has collected $18 million since the program began in mid-August.

“The hope is they will pay this off and then become compliant taxpayers with the state of Connecticut,” she said. It's worked before, Kaufman said: A similar amnesty program in 2009 brought in $25 million.

The normal penalty for delinquent taxes is 10 percent of the amount owed, she said, and the interest accumulates at 1 percent a month. Under the forgiveness program, the interest is reduced by 75 percent and there are no penalties and no criminal prosecution. Unlike New York, Connecticut does not allow tax delinquents to make monthly payments to settle their tax bills.

“It's only a one-time offer and if they take advantage of it now, they are good,” Kaufman said.

Connecticut and New York both publish online lists of delinquent taxpayers to shame them into paying up. That strategy has worked in California, where celebrities such as Pamela Anderson, Burt Reynolds and Dionne Warwick have appeared on the list.

Rhode Island also publishes an online list of its tax scofflaws. But David Sullivan, the state's tax administrator, cited another reason for the state's success in collecting unpaid taxes:  advertising. Rhode Island expected to collect about $14 million in its current amnesty program, but instead has brought in $22 million of an estimated $122 million owed, according to news reports.  “This time we did marketing and outreach,” Sullivan said. “In 2006, we brought in $10 million, so this time we more than doubled it.”

Rhode Island ran radio ads noting that the program waived the penalty for unpaid taxes, typically 25 percent of the interest.  The “tough love” part of the campaign was a reminder that the state's interest rate on delinquent taxes is 18 percent for taxpayers who don't take advantage of the amnesty.

“'We're not going to forget you; we're going to find you,' that's what the ads said,” Sullivan said.

In Louisiana, the Department of Revenue hopes to snare a large chunk of an estimated $2.5 billion in uncollected taxes in this year's amnesty program, which ends Nov. 22. Much of that total is owed by just 3,000 taxpayers, mostly businesses.

Louisiana Revenue Secretary Tim Barfield told the Baton Rouge Press Club this year that including delinquent tax billings, audit assessments and cases currently in litigation, a total of $2.5 billion appears to be owed to the state. He said the goal for 2013 is to get $200 million from the amnesty program. In 2009, the last time Louisiana made a push for delinquent taxes, it netted $483 million. Those who take advantage of the current amnesty program will not have to pay any penalties and will be absolved of half the interest owed.

According to Mandy Rafool, an economist with the National Conference of State Legislatures, other states have taken steps to beef up their tax collections this year:

Despite some successes, states that offer amnesties too frequently might be hurting themselves, according to Bill Fox, professor of economics at the University of Tennessee, Knoxville. Fox suggested that repeatedly offering amnesties might persuade delinquent taxpayers to hold out for the next amnesty period, rather than pay their taxes on time. In that way, multiple amnesties might end up costing states money.

“My intuition tells me they are not likely to be very effective in attracting new dollars,” Fox said. “And it raises a huge risk in terms of behavior.”