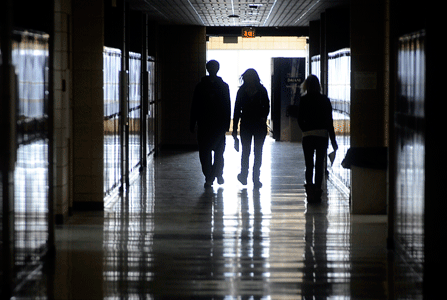 Students walk in a Washington High School hallway in Sioux Falls, S.D. More teens are showing up in classrooms and courtrooms since South Dakota raised its compulsory school attendance age from 16 to 18. (AP)

Massachusetts is the latest state to consider raising the dropout age for students to 18 in an effort to improve graduation rates.

A bill, sponsored by Democratic state Sen. Sonia Chang-Diaz, would also standardize use of an early warning system that would alert school administrators when a student might be at risk for dropping out. The state would also provide funding for schools to establish graduation coaches, following in Georgia's footsteps.

Eighteen other states and the District of Columbia already set the minimum dropout age at 18, according to the Education Commission of the States. The other states set the maximum age of mandatory attendance at 16 or 17.

“We have 70 percent of our jail and prison population people who have dropped out of high school,” Chang-Diaz said, adding that 70 percent of jobs in the near future will require some postsecondary education. “If we are not graduating all of our students, we are setting ourselves up for some serious economic problems down the road.”

Last year, a bill in Massachusetts with the same provisions cleared the joint education committee but did not advance. Some school superintendents expressed concerns that keeping students in school beyond 16 years old would require additional resources and not just a higher dropout age.

Chang-Diaz said she suspected that some in the state did not feel it was urgent to address the dropout problem because the statewide dropout average rate masks the extent of the problem in some pockets. In 2011-12, the most recent year available, the state's dropout rate was 2.5 percent, according to the state education department.

Allowing students to drop out at a younger age sends the message that it's acceptable for students to leave school before they can support themselves, according to Robert Balfanz, a national expert on dropping out and co-director of the Everyone Graduates Center at Johns Hopkins University.  “It's hard to believe in the 21st century we'd be sending that message to our kids.”

An early warning system for staff, such as the proposal in the Massachusetts bill brought to public hearing this week, is an important tool in tackling the dropout rate, Balfanz said.

President Barack Obama called on states to raise the maximum age of compulsory attendance to 18 in his State of the Union address last year. According to the National Education Association, 14 states raised the age from 2002 to 2011.

A number of states adjusted the age of compulsory attendance this year, according to Marga Mikulecky, a policy analyst with the Education Commission of the States. Beginning in 2015-2016, Kentucky will allow school districts to raise the dropout age from 16 to 18. Under the new law, when 55 percent of school districts raise the age to 18, every school district will be required to follow.

As of April, Connecticut, New Mexico, Oklahoma, Virginia and the District of Columbia required students to be in school for the longest —13 years.

Nearly half of states allow children from ages 14 to 18 to be exempt if they meet certain requirements, such as having their parents' permission, a job or a physical or mental condition that makes attending school infeasible. 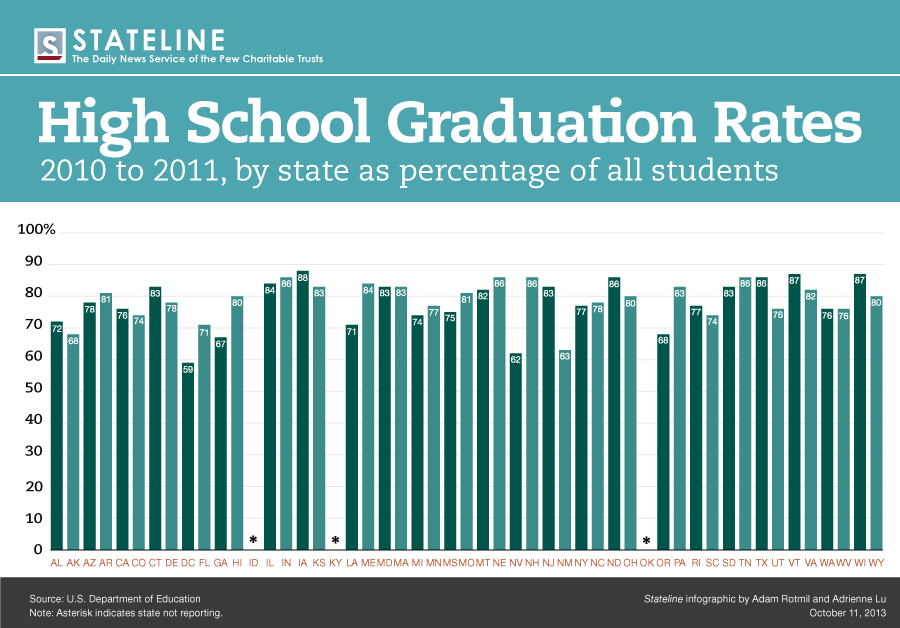