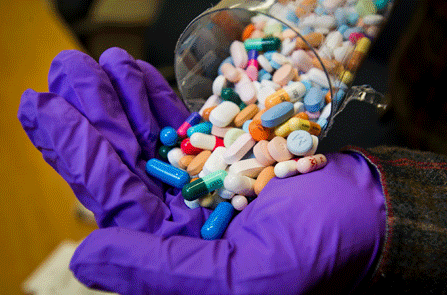 A detective in Columbus, Ind., empties a vial of prescription drugs, most of them painkillers. (AP)

New Mexico and Vermont have the most programs in place to battle the escalating abuse of prescription drugs, according to a new report by the Trust for America's Health, a health advocacy nonprofit. South Dakota has the least.

The National Institute on Drug Abuse says that 6.1 million Americans abuse or misuse prescription drugs. Overdose deaths involving prescription painkillers — opioids — have quadrupled since 1999; they now outnumber those from heroin and cocaine combined.

To determine how each state is responding to the crisis, Trust for America's Health surveyed each state for 10 indicators the group identifies as essential in the fight against prescription drug abuse.

Among them are a state prescription drug monitoring program, a state requirement that providers use the program, a doctor-shopping statute to prevent patients from obtaining prescriptions from a second doctor without informing the first and support for the use of naloxone, a medication used to fight opioid addiction. The study also looked for a state requirement that providers do a physical exam or screening before prescribing medications and a pharmacy lock-in program that requires those suspected of misusing prescription drugs to use a single prescriber and pharmacy.

New Mexico and Vermont had all the indicators, according to the Trust. Kentucky, Massachusetts, New York and Washington each had nine.

South Dakota fared the worst with only two indicators. Missouri and Nebraska each had three. 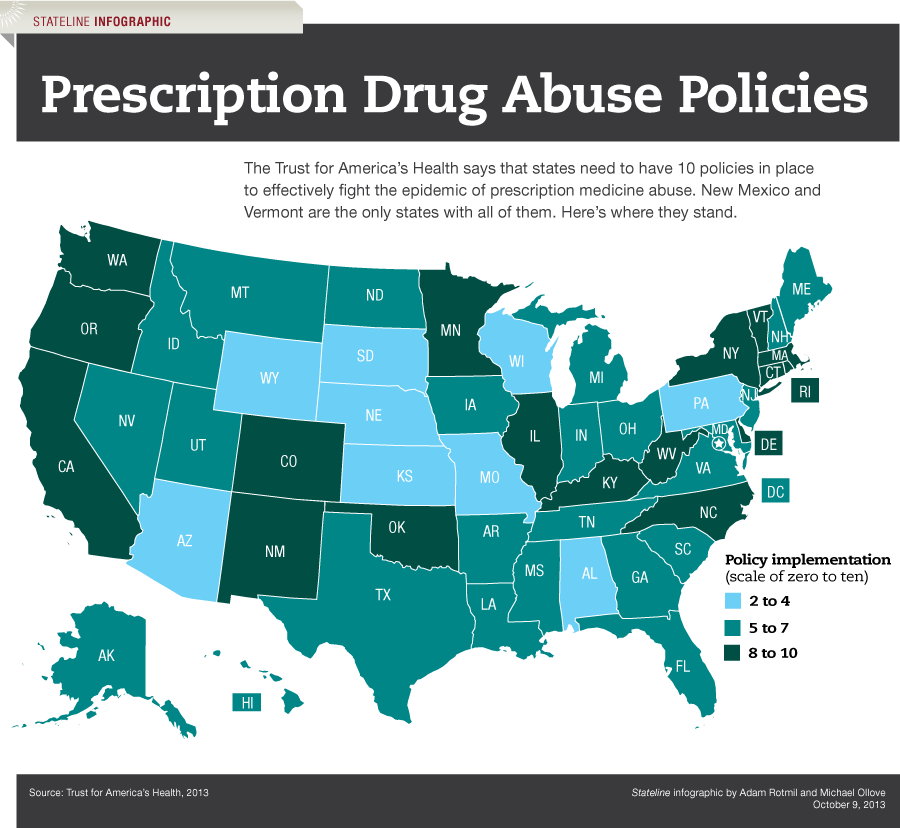