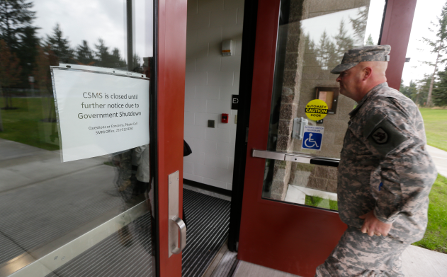 Nearly 50,000 full-time National Guard employees have been furloughed as a result of the federal government shutdown. The standoff in Washington also has resulted in the cancellation of most of this weekend's training exercises, depriving even non-furloughed guardsmen of the salaries they receive for drilling.

The furloughed guardsmen are paid by the federal government, even though they are under the command of their states' adjutant generals and governors. The guardsmen who have been affected generally work as full-time computer programmers, or are engaged in cybersecurity or administrative work. Guardsmen whose salaries come from state funds will not be furloughed.  In some states, that is about half of the total.

Most National Guard members are part-time, and hold regular civilian jobs. However, they are paid to train one weekend each month and two weeks each year, in case they are ever called for domestic emergencies or active duty military service.  Those whose training exercises have been canceled will not get paid, even though they have not been furloughed.

Many of the troops who have received furlough notices because of the shutdown were already taking furlough days because of sequestration, the across-the-board federal budget cuts which took effect in March 2013.

Several governors were furious about having to issue furlough notices to guardsmen in their states. “Some of these men and women have been deployed multiple times,” Maine Republican Gov. Paul LePage said in a statement. “This is a shameful tactic to use against Mainers who have put their life on the line to protect our freedoms.”

In Colorado, where National Guard troops are helping with the recovery from massive flooding, Gov. John Hickenlooper, a Democrat, ordered the state to pay the salaries of the 650 furloughed guardsmen who were assisting with cleanup.

"We can't afford to lose one day in rebuilding areas destroyed or damaged by the floods," Hickenlooper said. "Our National Guard troops are an invaluable part of the team working on the recovery. We need them to stay on the job."

Florida also agreed to bring back some of its furloughed federal employees to help with preparations for Tropical Storm Karen, which is expected to make landfall near Pensacola this weekend.

"We're calling in an additional ten (people) so that we can run longer hours, so we can get into more of a 24-hour ops tempo to support the evolving environment with Tropical Storm Karen," said Lt. Col. James Evans, director of public affairs for the Florida National Guard, in an interview with WJCT News.

If Florida Gov. Rick Scott, a Republican, declares a state of emergency, more furloughed guardsmen would be able to come back to work.

National Guard members currently deployed overseas will continue to get their paychecks. Congress is considering a bill that would give back-pay to all furloughed employees after the shutdown is over. 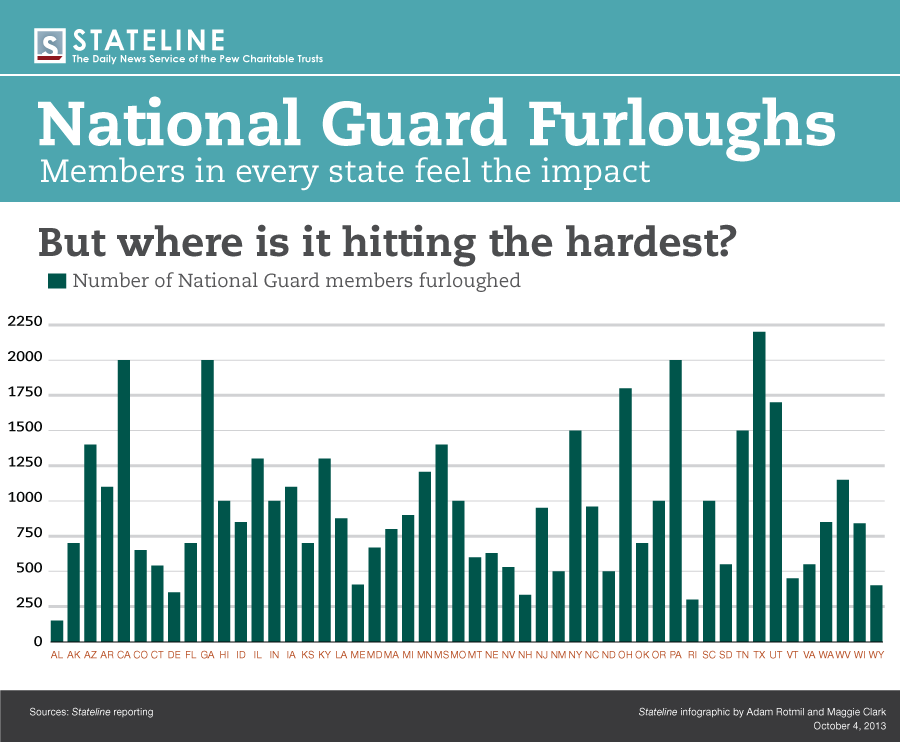