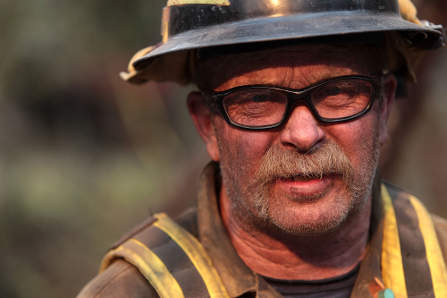 David Hartman of Colorado's Pagosa Fire Protection District pauses while fighting a wildfire last August. Special districts, such as fire protection districts, have proliferated as cash-strapped local governments have looked to them to provide services. (AP)

Kentucky state Auditor Adam Edelen used a standard icebreaker when he met voters during his 2011 campaign: “Who's cheating you?”

A common theme quickly emerged. Voters were upset about how much so-called “special districts” were costing them. “People said, ‘My sanitation district has raised my rates 60 percent,'” Edelen said. “When I went and asked the county executives about it, I got: ‘They don't work for me.'”

According to the Census of Governments, a tally of local governments by the U.S. Census Bureau every five years, 885 special districts have been created since 2007.

The country's 38,266 special districts make up more than 40 percent of all local governments, and operate with significant autonomy performing services ranging from cemetery maintenance and mosquito abatement to fire protection.

In May, Kentucky overhauled the accountability system for its special districts in response to an audit conducted by Edelen's office. The 2012 audit, titled “Ghost Government,” said special districts spend $2.7 billion each year—just $5 less per capita than Kentucky spends on primary and secondary education—and maintain  $1.38 billion in reserves.

Kentucky lawmakers created a training program in financial management for special district leaders and simplified the regulatory framework that governs them. They also put into place more stringent auditing and financial reporting requirements and ethics standards that didn't previously exist.  Special districts have to submit financial information to an online database by Dec. 31 of this year or could face penalties ranging from funding cuts to forced dissolution.

Some of Kentucky's 628 special districts have welcomed the changes, while others have fought them all the way. “Honestly, that further motivated us to get to the bottom of this very muddled and murky layer of government,” Edelen said. “The folks who do not welcome increased oversight, accountability and transparency are probably up to something that they ought not to be.”

Edelen cited recent high-profile scandals such as the one that engulfed the Garrett Fire District in northeastern Kentucky. It became infamous in 2012 for more than $123,000 in questionable expenses, ranging from $4,600 in shopping gift cards to $839 on fireworks.  More than 800 pornographic videos were found on department electronics. 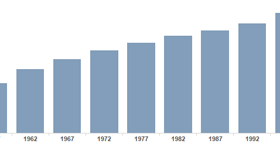 The first special districts were created during the New Deal, as a way to quickly pump money into the economy without having to go through multiple layers of state and local government, said Larita Killian, a research fellow at the Center for Business and Economic Research and an expert in special districts.

“They said, ‘We've got money to send you for housing and conservation, but we want you to set up special districts,'” she said. “Historically, the federal government has encouraged and in some cases required special districts.” Later, as families flocked to the suburbs, special districts flourished as a way to make services like water and trash pickup available outside of city boundaries.

The reasons behind the growth in special districts—which continued during the Great Recession even as other governments consolidated—vary from state to state.

Some local governments create special districts in order to circumvent state rules on borrowing and taxing, or to deliver services they can no longer afford.   Sometimes two or more cities or towns create a joint district to share costs and deliver a particular service more efficiently. For example, if neighboring towns are struggling to support separate library systems, they might create a single library district to serve both communities.

“Sometimes it means you're defining service territories in a way that's more efficient,” said Donald Boyd, senior fellow at the Nelson A. Rockefeller Institute of Government.   Boyd also noted special districts make it easier to charge just the people who benefit from a particular service. Some special districts are funded entirely by user fees.

Advocates of special districts say they are more popular with citizens than general purpose governments because people understand what they are getting for their money. “We fund one service, we do it well, and people are either happy with it or unhappy with it," said Hasina Squires, government affairs director for the Special Districts Association of Oregon. 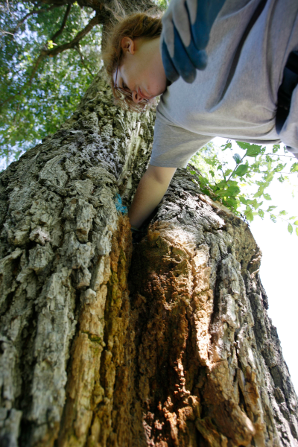 A Salt Lake City Mosquito Abatement District technician places an anti-mosquito pellet deep into the hole of a tree where water can pool and allow mosquitoes to hatch. Special districts, such as mosquito abatement districts, have proliferated as cash-strapped local governments use them to provide services. (AP)

But many people are not aware that special districts exist, making it unlikely they will show up at meetings or demand accountability.

In New York, a group called Residents for Efficient Special Districts has been working to bring attention and accountability to special districts since 2005, when executive director Laura Mallay first became aware of their existence.

After Mallay learned that she was paying twice as much for trash pickup as people in other special districts of Hempstead, her Long Island town of roughly 760,000, she began scrutinizing Sanitary District No. 2, her service provider. She discovered it was one of five independently governed special sanitation districts in Hempstead, even though the town also provided its own trash pickup services for residents in certain areas.

“The mere size of the district prevents us from benefitting from economies of scale, and there are positions that aren't necessary on the payroll,” Mallay said. Sanitation District No. 2 employs 68 people and is governed by a five-member board of commissioners, according to its website.

As required by New York law, her group got more than 10 percent of residents to sign a petition to put a referendum dissolving Sanitary District No. 2 on the ballot. But in December 2012, the referendum failed. Mallay attributed the failure to opposition from local politicians who look to special districts as a way to provide jobs for supporters.

The group has adjusted its focus and launched a campaign to improve turnout for special district elections by holding them on the same day as other elections. Currently, elections for Special District No. 2 are held on the last Thursday of July.

“The problem with special districts is they tout local control when they're really about is special interest control,” Mallay said. “No one actually votes. They are able to fly under the radar.”