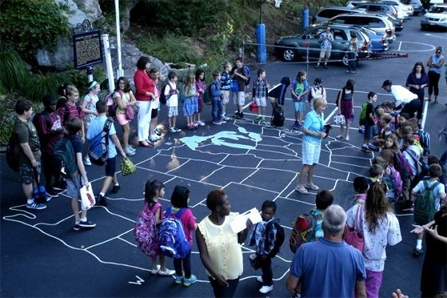 When then-Gov. John Baldacci signed legislation in 2007 ordering Maine's 290 school districts to consolidate into just 80 districts or face penalties, the intention was to get as much state money to students in the classroom as possible.

“Our population was declining, and we just had too much school administration,” Baldacci said in an interview with Stateline. “Putting (school consolidation) into the budget irritated the superintendents and the school boards, but I wanted to make sure we actually got it done.”

Maine lost 58 school districts between 2007 and 2012, according to the U.S. Census of Governments, not nearly as many as policymakers hoped. Resistance to school consolidation in Maine, just like across the country, was tremendously strong.

“It was a shotgun marriage,” said Doug Smith, superintendent of the Glenburn school district. The district consolidated budgets with two others in 2010, and the unified district was responsible for 1,400 students and five schools.

“We were forced to do it or incur penalties, and there were no incentives,” Smith said.

Maine's consolidation mirrors a century-long national trend toward fewer school districts, beginning with the move away from one-room schoolhouses. The number of independent school districts shrank nearly 90 percent between 1942 and 2012—from 108,579 school districts to 12,880.

There were 383 fewer total school districts in 2012 than in 2007, according to the Census of Governments.

Across the country, school districts employed 7 million people (fewer than half were teachers) and were responsible for educating more than 49 million students in 2012, according to the National Center for Education Statistics.

For states, consolidating school districts can mean fewer buildings to maintain and lower administrative costs. For communities, consolidation can mean long bus rides for students, losing budgetary control and even a loss of community history.

“The two things a community never wants to lose are its post office and school district,” said Bob McKeveny, the superintendent of the Seneca Falls school district near the Finger Lakes in upstate New York. Voters there narrowly rejected a consolidation with neighboring Waterloo just two weeks ago.

“Consolidation is a hard sell to constituents,” said McKeveny, who did not take a position on the merger.

No other state in recent years has forced school district consolidation like Maine, but reducing the number of school districts is a top priority for some governors.

"If (the local budget situation) was really, really tough, you'd see (consolidation) happen," New York Gov. Andrew Cuomo, a Democrat, said in March. "If you are a school district, or a city, or a town or a county, and you are looking for a fundamental financial reform, consolidation is one of the obvious ones."

To lessen the blow for communities that decide to consolidate, states offer financial incentives to help with transition costs. New York offers consolidating school districts a 40 percent increase in their state aid, freezing the amount based on their aid for the 2006-2007 school year, plus money for new buildings. Had Seneca Falls and Waterloo merged, they would have seen an additional $43 million in state aid over the next 14 years.

But the money wasn't enough to convince voters, likely because the consolidation wouldn't have made much of a difference in people's tax bills and would have created upheaval in the community.

“The actual savings from these plans is usually just a fraction of the property tax bill, so it's difficult to vote for doing a radical and risky thing for something that often amounts to $20 or $30 in savings,” said Kent Gardner, chief economist at the Center For Governmental Research in Rochester, New York.

Plus, the practical realities of consolidation usually take a long time to work out.

Kansas guarantees that consolidating districts will get the full amount of both individual districts' state aid for five years after a merger.

“If we'd had full enrollment, we probably would never have move them, since it's so upsetting to parents to have their kids change schools,” said Drew Woodall, director of educational services for the Black Oak Mine school district, located about 150 miles north of Yosemite National Park.

That experience is typical in consolidated districts, Thompson said.

“You have to look at cost savings related to consolidation and think, what will be the new costs?” said Thompson, who noted that in consolidated districts in western Kansas, students can be on school buses for over two hours each day.

When consolidation failed to produce any savings for schools in Glenburn, Maine, the community voted to formally “divorce” from its arranged marriage to two neighboring districts. In the first year of independence, the superintendent said the local tax assessment went down $500,000. Eight other districts in the state have divorced since 2011.

Still, when it came up for a statewide referendum in 2009, voters in Maine kept the consolidation law.

“Every superintendent said ‘consolidation is long overdue, but can you wait until I leave to do it?'” Baldacci said. “Maybe we didn't come up with exactly the right partners for consolidation, but through this, we told them, ‘we're not going to just send you a check and then turn our backs anymore.'”

Consolidation is not always successful. But it most often works in communities that already have overlapping activities like shopping, youth sports or churches, said William Silky, an education consultant who specializes in school consolidation studies.

“It's also helpful if the two districts aren't athletic rivals, and if there's a perception of equal opportunity to gain,” he said.

Those factors, plus the support of school administrators and political leaders, convinced voters in Hunterdon County, N. J., to vote last week to merge four school districts into one, which will serve all 900 students in the community.

Familiarity also helped with the successful merger of the two western Kansas school districts of Greensburg and Mullinville. Plus, a two-mile-wide tornado had all but wiped Greensburg off the map in 2007.

To help ease the transition into their new school, the 300 students from the two old districts voted to make the new Kiowa County Schools mascot the maverick and change their school colors to burnt orange and white.

“It wasn't them coming to us or us going to them, it was all new,” said Darin Headrick, the superintendent of Kiowa County Schools.

“Consolidation is something that we'd talked about for a long time, even before the tornado, but it's very difficult for people to get excited about closing a school down in a community,” Headrick said. “But after the tornado, nothing was going to be the same. So it's made it a little easier to have the new school, too.”