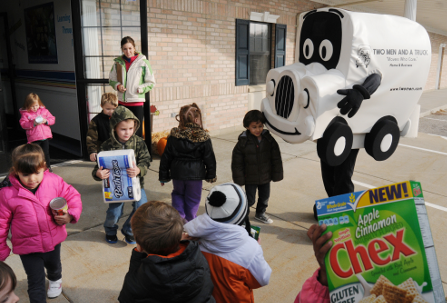 States that have tinkered with one of the most sacrosanct of all tax write-offs – state income tax deductions and credits for charitable contributions – have seen their local charities suffer the backlash. Their decisions offer insight for other states and for federal officials who are contemplating reducing or eliminating tax incentives for charitable giving.

Tax incentives for charitable giving directly affect donations, particularly from high-income donors, according to Jon Bakija, an economics professor at Williams College. “Tax incentives for charitable donations in the U.S. succeed in causing donations to increase, probably by about as much or more than they cost in terms of reduced tax revenue,” he wrote in a paper published recently by the journal Social Research.

“This strengthens the case for the tax subsidies for donations,” he wrote.

But states and the federal government covet the revenue.

President Barack Obama proposed in his fiscal 2014 budget capping federal tax deductions, including for charitable contributions, to 28 percent for the wealthiest taxpayers, those in the top 2 percent. This would raise $529 billion from 2014-2023, according to the nonpartisan Tax Policy Center, which used administration data. In general, taxpayers can now deduct up to 50 percent of adjusted gross income for cash donations, up to 30 percent for property and up to 20 percent for appreciated capital gains donations.

With states and the federal government looking for revenue to plug budget gaps, several proposals have emerged to cap or eliminate tax deductions for charitable giving. Donations to religious institutions and other nonprofits that serve the poor and educational entities generally qualify.

In its massive tax overhaul in 2011, Michigan scrapped almost all tax credits, including those for charitable donations to food banks, homeless shelters and community foundations. Now, as the state tries to recover from the recession and unemployment is high, advocates say those charities which could help the poor and jobless are hurting as donations decreased.

Hawaii tried something similar in 2011, capping all itemized deductions at $25,000 for individuals and $37,500 for heads of households. These limits applied only to state tax returns for taxpayers with incomes above $100,000 for individuals and $150,000 for households. But the state reversed course and allowed deductions for charities this year after the charities screamed foul and produced data that showed revenue the state gained was offset by the cost to communities to do the work formerly done by charities.

Among other states that have addressed these deductions:

Michigan eliminated three tax credits in 2011: those for gifts to community foundation endowments, gifts to food banks and homeless shelters and donations to educational and library facilities. In announcing his budget that year, Gov. Rick Snyder said a “shared sacrifice” would help the state's economy and “ultimately will benefit citizens, families and communities through the economic growth and job creation that is generated.”

Rob Collier, executive director of the Council of Michigan Foundations, said elimination of the tax credit was devastating and cost all types of charities $50 million in 2012. “We had trained Michiganders to write a $400 check, knowing they would get a $200 credit,” he said. “All of a sudden, it's like ‘we're going to get rid of it.' We knew we were going to lose some giving here, and we did.”

The move to limit the write-offs for charitable contributions does not appear to be linked to a political party. Michigan's tax credits were started under a Republican Gov. John Engler, and eliminated under Snyder, another GOP governor.

After Hawaii Gov. Neil Abercombie, a Democrat, saw the fallout from his state's deduction cap, he signed a bill passed this year by the Democratic-controlled legislature lifting the cap.

The cap was expected to bring in about $12 million to the Hawaii treasury, according to Mallory Fujitani, of the Hawaii Department of Taxation. But the provision cost charities $50 million to $60 million in lost donations, according to Tim Delaney, president and CEO of the National Council of Nonprofits. That forced the state or local communities to try to make up the difference, he said, which was often impossible due to lack of funds.

“For every dollar the state was bringing in, it was losing five dollars in donations,” Delaney said. “It's very difficult for elected officials to say, ‘oops I goofed.' They had the political courage to come out and say we really blew it.”

Some argue that charitable giving is not necessarily tied to tax incentives.

Subsidyscope, a project of The Pew Charitable Trusts (the parent organization of Stateline), said in a 2009 study that while charitable deductions are an incentive “some of the giving would have taken place whether or not a tax subsidy was available to donors.”

“What we learned in the states is that the charitable deduction is not just a nice thing for taxpayers, it's vital to the communities,” said David L. Thompson, vice president of public policy at the National Council of Nonprofits. “All politicians from across the political spectrum have come to the same conclusion that we are hurting our communities by discouraging giving to charities.”