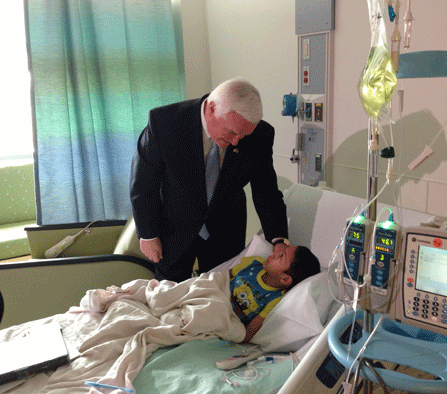 The Affordable Care Act is primarily aimed at insuring more adults, including parents. In the process, a substantial number of uninsured children may also get coverage as their parents learn more about federal and state subsidies. Just how many will depend on whether states maintain their existing Children's Health Insurance Program (CHIP).

“Now, more than ever, it is crucial that states continue or expand coverage of children,” said Bruce Lesley, president of the children's advocacy group First Focus. Without CHIP, the federal-state health care program for kids, he and others worry about potential harm the ACA may do to children. A main concern is a provision known as the “family glitch” that could make employer-sponsored insurance too costly for low-income workers. (See Stateline map)

According to a study by the Urban Institute, Obamacare could result in new coverage for as many as 3.2 million uninsured children because of tax credits on health insurance exchanges and overall outreach efforts. But if CHIP is not reauthorized by Congress when it expires in 2015, or states decide not to continue it, the ACA could result in fewer children covered by insurance.

Children could fall through the cracks as the massive health care law is rolled out, said Catherine Hess of the National Academy for State Health Policy. The 15-year-old CHIP program, Hess wrote in a recent report, “has been exceedingly successful in finding uninsured children and providing them with quality, affordable coverage.” She and other advocates for children insist that the program should continue well after the ACA is fully implemented.

What Is the Family Glitch?

An apparent mistake in the ACA makes the future of CHIP particularly important.

The so-called family glitch in the health law requires employers to provide “affordable” insurance only for the workers themselves – not for their families.

In addition, federal subsidies for people with incomes below 400 percent of the federal poverty level ($45,600 for an individual) will be unavailable for anyone who receives an affordable offer of insurance from an employer. That means workers who can't afford employer-offered premiums for family coverage will have nowhere to go except the Children's Health Insurance Programs (CHIP) or Medicaid, if they qualify.

At least two states preparing for the ACA have already discontinued their CHIP programs and more may follow as a way to reduce administrative costs and make enrollment simpler for families. “Looking ahead,” said Joan Alker of Georgetown University's Center for Children and Families, “the ACA does raise questions about the future of the CHIP program.”

Children under 6 in families in this income bracket will stay under Medicaid. Those 6 to 19 are covered by Medicaid only if their family income is at or below poverty level.

The CHIP program was started in 1997 to cover these older children in families slightly over the poverty level, as well as kids of all ages in families with incomes too high to qualify for Medicaid but who can't afford private insurance. The federal government gave states a higher federal match for CHIP than Medicaid to encourage them to sign up as many children as possible.

Total federal and state spending on CHIP in 2009 – the most recent numbers from the Kaiser Family Foundation   – is $10.6 billion. State expenditures range from Vermont, which spends the least at $7 million, to California's $1.8 billion.

When it was created, critics said it would result in socialized medicine. But it is now viewed as widely successful and has bipartisan support. Since enactment, CHIP has reduced the uninsured rate among low-income children from 23 percent to 10 percent. Today, CHIP covers 8 million children and Medicaid covers nearly 36 million. Together, the programs insure more than half of all children in the country. According to the U.S. Census Bureau's latest data, only 8.9 percent of all children remain uninsured, compared to 15.7 percent of people of all ages.

An important difference between CHIP and Medicaid is that CHIP is a block grant, not an entitlement. That means states can create waiting lists for the program when state revenues run short.

Medicaid, on the other hand, must be offered to all comers no matter what the cost. For this reason, Republican governors tend to favor CHIP over Medicaid. Many states have a great deal of pride in their CHIP programs. For example, Pennsylvania Gov. Tom Corbett, a Republican, has asked the federal government for an exemption to the transfer requirement. He also added state funding to cover 9,300 more children this year, a 3.4 percent increase, according to Kaiser.

The ACA says states will continue to get a higher federal match for former CHIP kids who are moved to Medicaid, averaging about 71 percent nationwide compared to 57 percent for Medicaid.

The rationale for the ACA transfer was that parents and children would be best served if they were covered by the same insurance plan, with the same doctors and hospitals and the same enrollment rules. Since the federal health law assumed that all states would expand Medicaid to adults with incomes up to 138 percent of poverty level, it made sense to cover their children under the same program.

Otherwise, parents would have to deal with separate enrollment and renewal rules for what is known as “stairstep” children who have grown out of Medicaid. When the Supreme Court made the Medicaid expansion optional for states, the justices made clear that the provision requiring states to transfer children to Medicaid was not affected.

The requirement spurred California and New Hampshire to stop running separate CHIP programs, and instead move all low-income children to Medicaid. New York and Colorado chose to make the transfer ahead of the deadline because of projected cost savings.

Nationwide, the transition from CHIP to Medicaid will affect more than 1.5 million low-income children. In California alone, nearly 900,000 kids are moving under Medicaid. New Hampshire will shift about 9,000 children. In states that are transferring only the required number of children – those older than 6 in families whose incomes range from poverty to 138 percent of poverty – the reduction in CHIP enrollment will be nearly 30 percent.

There's no consensus on whether kids and families would be better off if states maintained a separate CHIP program, Alker of the Georgetown center said. Medicaid generally has a stronger benefits package and lower cost-sharing for families. But it may be easier to get an appointment with CHIP doctors, because Medicaid tends to pay pediatricians and hospitals lower fees.

“Integrating CHIP into Medicaid is tricky,” Lesley of First Focus said. “Kids could be left worse off unless you pay attention to a variety of issues, including benefits and services, out-of-pocket costs, access to care and quality of care.”

California Gov. Jerry Brown's decision to end the state's CHIP program was largely fiscal. A legislative analysis showed the state will save $43 million in 2014, primarily due to Medicaid's lower reimbursement rates.

Florida, which will transfer about 71,000 kids into Medicaid by the end of the year, expects to save $18 million in 2014. A few states have reported small increases in costs due to higher benefits costs under Medicaid, according to a new report from Kaiser. But most expect to see some savings.

Although advocates are not certain whether kids would be better off in CHIP or Medicaid, they are clear about one thing. Any move to shut down a state CHIP program should not be undertaken hastily. According to Hess of the National Academy for State Health Policy, “it makes sense to get all the new ACA systems up and running and see how it goes first.”

Children's advocate Kristen Golden Testa said California moved way too fast in shutting down CHIP. She and other advocates in the state had nothing against the Medicaid program, but they worried that kids, especially those in treatment, would lose access to their doctors.

In addition to a series of mishaps and confusion during the transition, the state met with a storm of protests when parents of kids with autism found that Medicaid – renowned for its rich benefits package – did not cover the same autism treatments as CHIP did.

Brown, a Democrat, rejected demands to add autism coverage to Medicaid, because it would have cost as much as $50 million, more than the state estimated it would save by ending CHIP. 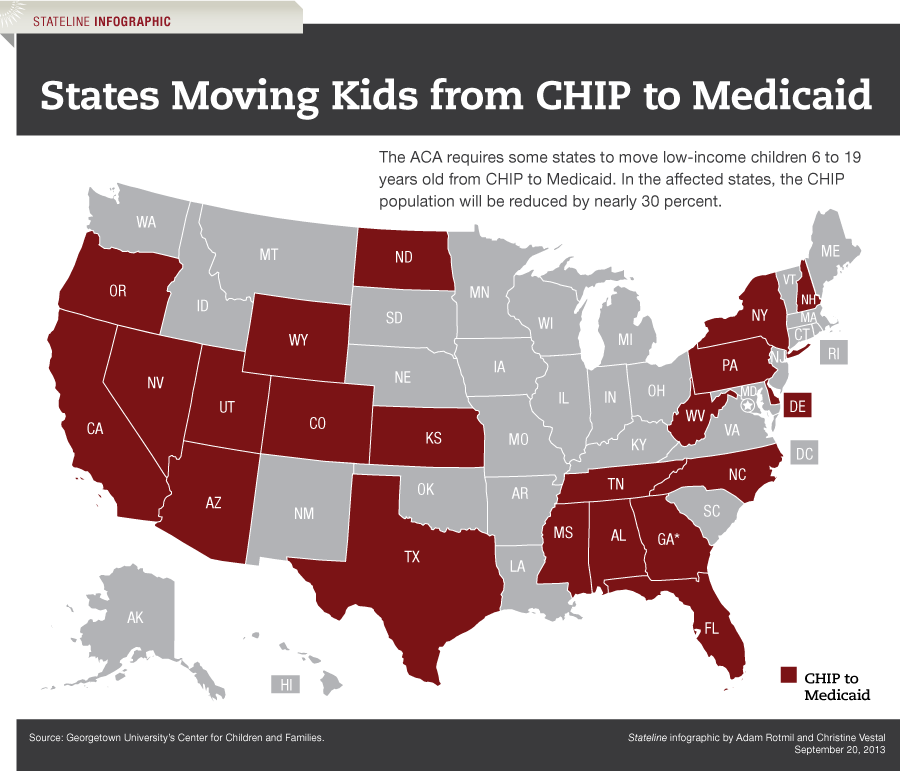