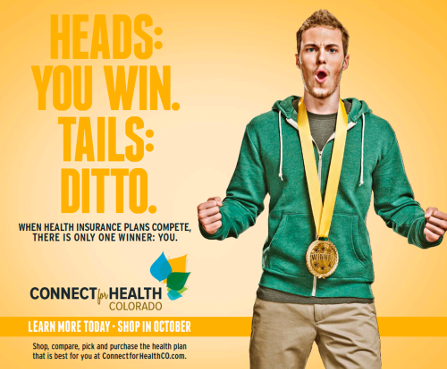 There will be glitches when the major provisions of the Affordable Care Act are implemented starting Oct. 1. Huge glitches. Many glitches. Bet on it.

That is a prediction not only from those resolutely opposed to the ACA. Even those quite excited about President Barack Obama's federal health law have the same expectation: The rollout of the biggest new social program in nearly 50 years is not going to be pretty.

“When you're dealing with tens of millions of new clients, mistakes are inevitable,” said Henry Aaron, a health economist at the Brookings Institution. “You're going to have thousands of mistakes.”

It has been three years since Congress approved the ACA, but many policy experts say that is not much time to get a program of its size and complexity up and running, particularly when there are so many different federal and state agencies involved. On top of that, the country has been recovering from a recession that crippled the finances of state governments, which were responsible for much of the nuts and bolts work of preparing for the new law.

“Nothing like this has ever been done on this scale,” said Cheryl Smith, a senior practitioner at Deloitte, a research and consulting firm. “People can make comparisons to Medicare Part D and to Medicare itself, but nothing this big has ever been tried.”

In the simplest terms, the task at hand is to enroll 16 million currently uninsured Americans into health insurance plans or an expanded Medicaid. That process begins Oct. 1 with coverage starting Jan. 1.

More Complicated Than It Sounds

Oct. 1 is the day that health insurance exchanges open in all 50 states and the District of Columbia.  Seventeen states and the District will operate their own exchanges, seven will be in partnership with the federal government and 27 have elected to do neither, standing aside for federally-operated exchanges. All of them will have the same basic mission: to help individuals and small businesses select the most suitable health insurance plan from an extensive menu of options.

Although Americans have until the end of March to sign up for health insurance, a crush of demand at the very start could overwhelm exchange call-in centers, websites and personnel. No one will say this out loud, but administrators are hoping for a steady trickle rather than a flood, at least in the early going.

All of the eligibility determinations and subsidy calculations will require a seamless transfer of information. The exchanges will have to interact with the U.S. Treasury for income information. They will have to communicate with the Department of Homeland Security to verify citizenship. And all this information must be handled without violating the privacy of consumers.

“CMS (the Centers for Medicare and Medicaid Services) has designed and tested a system that they think is going to work, and they know where the risks and vulnerabilities are,” said Charlene Frizzera, president of her consulting firm, CF Health Advisors, and a former acting administrator of CMS. “The question is, how will they deal with those vulnerabilities they anticipated and those they haven't anticipated?”

Dennis G. Smith, also a former head of what is now CMS, believes one weak point will be in the calculation of Medicaid eligibility. He believes it is likely that the exchanges and state Medicaid offices will use different formulas or time frames for determining eligibility, leading to frustration and confusion for many consumers.

“Exchanges will send a whole bunch of people to Medicaid and Medicaid will say ‘Nope, they don't qualify,' and send them back to the exchanges,” said Smith, now managing director in the Washington, D.C. office of the law firm McKenna Long & Aldridge.

Smith points to other possibilities for misfires. For example, although states with their own exchanges are spending a great deal of money to publicize the ACA's requirements, states with federal exchanges are doing no outreach at all, which raises the possibility that residents of those states will remain uninformed and do nothing.

Even people who get the message may arrive at the exchanges having never before purchased health insurance and unfamiliar with the way premiums, co-pays and deductibles work. Others may lack documentation proving citizenship, residency and income.

Phil Lebherz, founder of the nonprofit Foundation for Health Coverage Education, gives an example of the potential difficulties ahead.

“You've got a single woman with two kids at home and she's a waitress making less than $20,000 a year, and she couldn't afford to come the first time. She may not come back a second time. Then what?”

Will the Young Enroll?

Such situations, multiplied by the thousands, will be a severe test of the training received by the customer service representatives—called “navigators” or “assisters”—who will be charged with providing online and in-person assistance to applicants. “I think they are going to be overwhelmed,” Lebherz said.

Perhaps the question that causes the most trepidation in the Obama administration is whether healthy young people will sign up for health insurance as the ACA requires. Because young people tend to be healthy and file relatively few insurance claims, their premiums are supposed to help pay for claims of older, sicker people. If the only people buying insurance are old and the sick, insurance premiums will be prohibitively expensive.

Another unknown is the impact of those who want to obstruct Obamacare. Republicans in Missouri, for example, have barred state and local officials from assisting with the federal exchange. At least 14 states with federal exchanges have passed laws to regulate or restrict the activities of navigators.

“There exists at present a group of people who really hate the Affordable Care Act and have staked their political reputations on its failure and are going to do what they can to see that it fails,” said Aaron of Brookings.

Supporters of the ACA say it would be mistake to judge the law even after a year, let alone a few weeks.  It will take time to assess its impact on public health, the pocketbooks of Americans, access to providers, growth in health care costs and the insurance industry. People shouldn't try to draw conclusions based on the first days or even months.

In the age of the 24-hour news cycle, that's about as likely as a glitch-free launch.