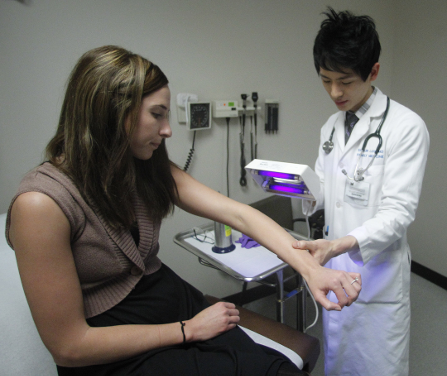 A new Oregon law establishing a medical malpractice mediation process will undermine patient safety by withholding the names of negligent doctors from a national database, the watchdog organization Public Citizen has complained to the U.S. Department of Health and Human Services (HHS).

“It is imperative that HHS act swiftly to close the loophole created by (the) new Oregon law, which threatens the viability of our national system for performing background checks on physicians,” said Michael Carome, director of Public Citizen's Health Research Group.

Signed this year by Democratic Gov. John Kitzhaber, the law sets up a process of confidential mediation to resolve medical malpractice claims outside the courts. The legislation, supported by both health provider groups and trial lawyers, is intended to avoid costly litigation.

But the law also bars the reporting of malpractice pay-outs that arise out of that mediation to HHS's National Practitioner Data Bank. Congress created the data bank in 1986 as a central repository of information about malpractice and medical disciplinary actions that is available to hospitals, medical boards, health maintenance organizations and others who employ doctors.

The data bank was established after doctors with numerous malpractice claims or disciplinary actions against them were found to be able to hide that background when they moved from one state to another.

The provision in the law to keep mediations confidential and any settlements out of the national database helped win its support from health providers.

Tim Raphael, Kitzhaber's spokesman, defended the law Tuesday. “Oregon's bi-partisan medical liability reform is designed to improve patient safety and quality of care and more effectively compensate people who have been injured,” he said. The (national data bank) will remain an important tool in identifying practitioners who have a history of injuring people or creating harm.

Robert E. Oshel, who works with Public Citizen, took issue. “The law is an attempt to increase mediation and that's to the good,” he said Wednesday. “The problem is that it comes at possible expense to the public.”

Oshel, who was associate director for research and disputes at the National Practitioner Data Bank from 2001 to 2008, noted that malpractice settlements that go through the court system often include confidentiality agreements, but those cases still had to be reported to the data base under federal law.

Public Citizen said that it is concerned that the Oregon law will be a model for other states that are eager to limit the cost of medical malpractice litigation.