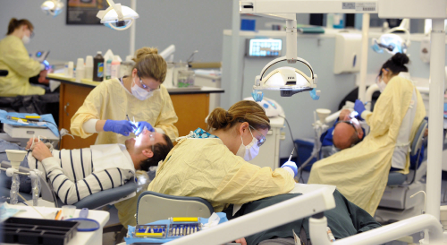 Students who earn associate's degrees and occupational certificates often earn more in their first year out of college than those with four-year college degrees, according to a new study examining the average salaries of graduates in five states.

For the study, College Measures, a partnership between the American Institutes for Research and Matrix Knowledge Group, worked with Arkansas, Colorado, Tennessee, Texas and Virginia to obtain data on how much graduates from two- and four-year colleges in those states earned in their first year after graduation. College Measures aims to improve the decision-making process for students, parents and policymakers for a more efficient and productive higher education system.

“The findings challenge some conventional wisdom, showing for example that what you study matters more than where you study,” Mark Schneider, president of College Measures, said. “Higher education is one of the most important investments people make. The right choices can lead to good careers and good wages while the wrong ones can leave graduates with mountains of debt and poor prospects for ever paying off student loans.”

Schneider said states tend to put a lot of money into the flagship universities, the best-known research institutions in each state. But his study indicates state legislators should focus more attention and funding on community colleges, which “can represent a good way for residents of a state to get the training that they need to get into the local labor market and earn a reasonable wage.” Schneider said that regional four-year public colleges should also take a cue from community colleges and think more about how they can best train students to fill the needs of local job markets.

Among the lessons of the study:

Each of the states in the study matched student records with data collected from the state's unemployment insurance database. Every state used data from its public universities. Arkansas, Colorado and Virginia also reported data from some private, not-for-profit institutions. The study did not include earnings of students who moved out of state after graduation.

About 20 states nationwide have the kind of data used in the study, Schneider said, but most do not make the information easily accessible to the public.

“What we've done with these five states, every state should be doing,” Schneider said.

Funding for the study was provided by the Lumina Foundation, which has provided additional funding to examine the wages of students beyond the first year after graduation and who move out of state.