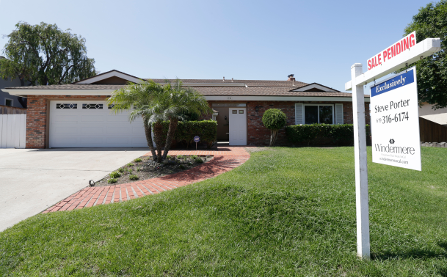 The sale of this California home is pending. The San Jose and San Francisco markets are among the leaders in the housing recovery while Baltimore and Philadelphia lag.

Housing markets in upstate New York and southwest Florida show the strongest signs of recovery while Baltimore and Philadelphia lag farthest behind, a new report shows.

RealtyTrac used seven different factors, including unemployment and foreclosure rates, to come up with its first “Housing Market Recovery Index.”

“We're experiencing a true recovery” as home prices are consistently rising and foreclosures are falling closer to pre-housing bubble levels, said Daren Blomquist, vice president at RealtyTrac, which follows real estate trends. However, he said the recovery is uneven across different local markets.

Those differences in  recovery also exist within a state. The Northern California Bay Area markets of San Jose and San Francisco rank fourth and fifth among the 100  markets RealtyTrac ranked. Both areas outperformed the nation, showing lower unemployment and foreclosure activity, compared to the peak of the housing crisis.

But elsewhere in the state, Fresno, Visalia-Porterville and Stockton posted among the 20 lowest scores, largely because they have unemployment rates above 12 percent and a higher percentage of underwater loans, or loans larger than the current market value of their property, RealtyTrac said.

The Florida market of Cape Coral and Fort Myers, one of the hardest-hit in the last seven years, ranked second-best nationally. But four Florida cities posted recovery index scores among the 20 lowest: Pensacola-Ferry Bass-Brent, Tallahassee, Ocala and Port St. Lucie. All four cities had above-average percentages of underwater loans.

Rochester, N.Y., topped the list of markets with the strongest signs of recovery, with Albany ranking third among the top metro markets.

Along with New York and California, other states with two metro areas ranking among the top 20 markets leading the recovery were Colorado, Oklahoma, South Carolina and Wisconsin.

The Baltimore housing market is performing the worst. Although home prices have risen 9 percent there, that is below the 19 percent increase nationally. Similarly, foreclosure activity was down 26 percent from its peak in Baltimore, but that decrease is well below the 65 percent decrease nationally, RealtyTrac said.

Two metros in southeastern Pennsylvania posted total index scores that were in the five lowest in the report: Allentown and Philadelphia. Home prices in those areas have stalled and foreclosures have not decreased as much as other locations.

Earlier this month, RealtyTrac reported that Maryland saw a 275 percent increase in foreclosure starts in July, because of Maryland's lengthy foreclosure process, which must go through the courts. Maryland had the nation's second-highest state foreclosure rate in July and bank repossessions were up 101 percent.

Even though the Cape Coral-Fort Myers area has the second strongest recovery, Florida posted the nation's highest state foreclosure rate for the third consecutive month in July: one in every 328 housing units had a foreclosure filing during the month. That's more than three times the national average, RealtyTrac reported earlier.