After three decades of weight gains, adult obesity rates remained flat in the last year in every state except Arkansas. Louisiana and Mississippi had the highest obesity rates – more than 34 percent of the adult population in both states was obese -- while Colorado had the lowest rate at just over 20 percent. The report, titled “F As In Fat,” found the poorer and less educated the population, the higher the rate of obesity. 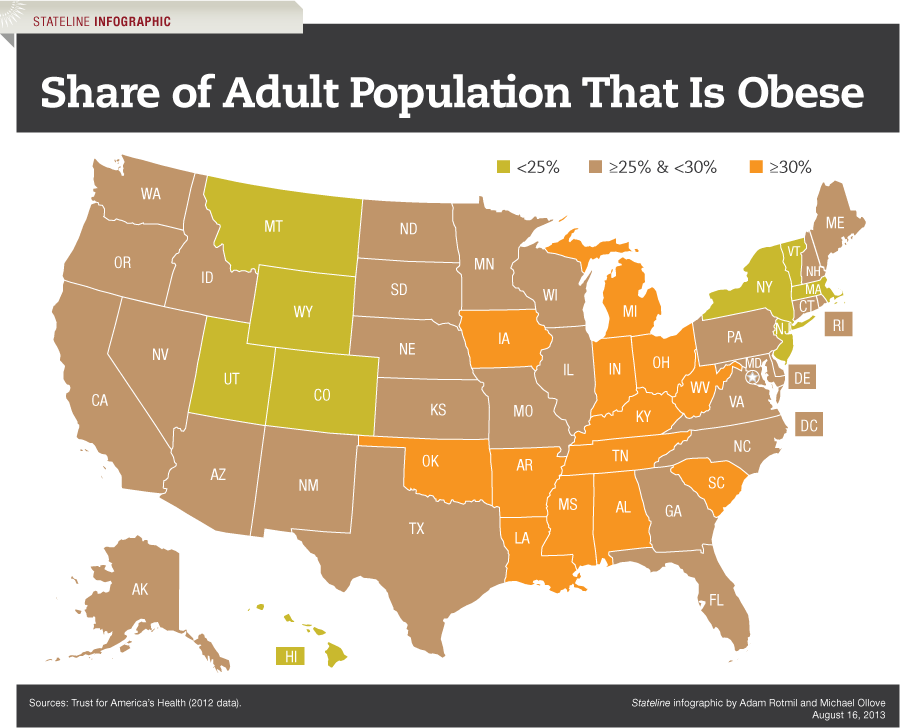