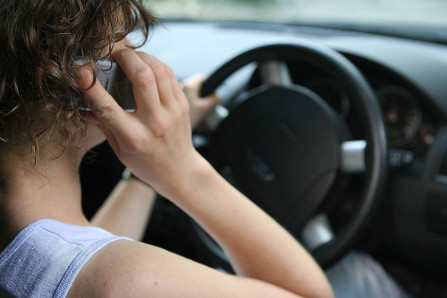 Arizona, Montana and South Carolina are the only states left without distracted driving laws, after a three-year span when lawmakers in other states cracked down on drivers who talk, text or browse on mobile devices.

And drivers in those three hold-out states should still beware. Police in Arizona can ticket distracted motorists for reckless driving, and municipalities in Montana and South Carolina have enacted their own bans.

Lawmakers are especially targeting drivers who send text messages. The number of states that ban all texting while driving jumped from 28 in 2010 to 41 now, the Governors Highway Safety Association reported Wednesday.

Despite the crackdown, Americans are still reluctant to put their phones away when they drive. “At any given daylight moment in America, approximately 660,000 drivers are using cell phones or manipulating electronic devices while driving, a number that has held steady since 2010,” the group noted in its report, which was based on a survey of officials in all 50 states and the District of Columbia.

The state officials in the survey said their biggest obstacle to fighting distracted driving was a lack of funding for enforcement, media and education.

The state efforts come as smartphone use among Americans has rocketed. Smartphones are so widespread that, for the first time in 2013, a majority of American adults own one, according to the Pew Research Center.